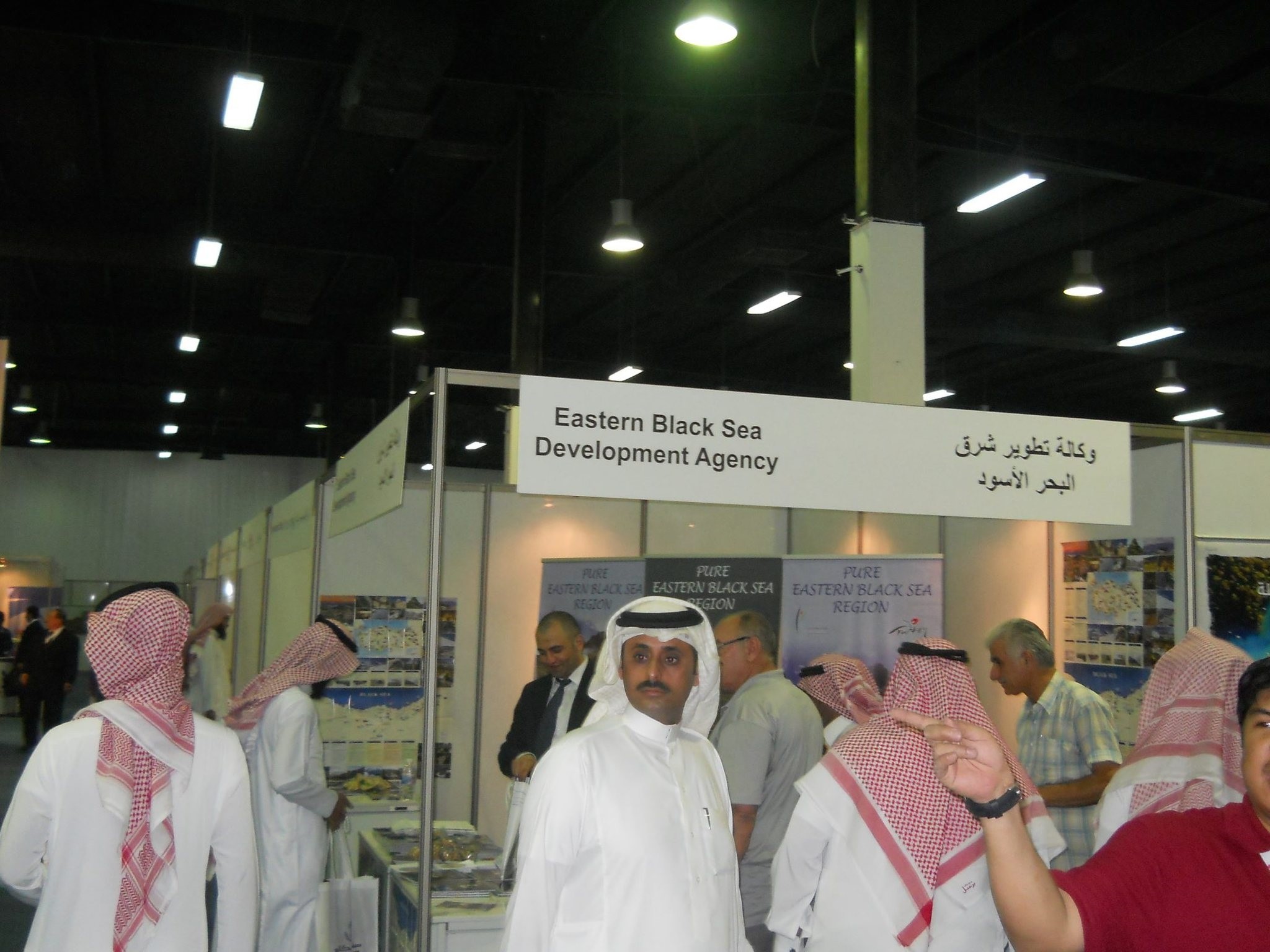 Investors from the Gulf, who have been visiting Turkeyu2019s Black Sea as tourists, are reported to be interested in making investments in the regionu2019s tourism and food sectors.
by Daily Sabah with AA May 07, 2018 12:00 am

The number of visitors from the Gulf to the Black Sea region has soared in the past couple of years thanks to some intense activities promoting the region's natural beauty. Now more and more business people from the Gulf look to invest in the region's tourism and food sector

Turkey's Black Sea region continues to be an attraction center for tourists and investors from the Gulf region. The tourists from the Gulf that visit the Black Sea for the first time later come to the region as investment-seeking entrepreneurs, particularly in the food sector.

The recent promotion activities carried out in the region has led to a surge in the number of tourists from the Gulf, while businesspeople from the region also look for investment opportunities.

He said more and more tourists from the Gulf states, North Africa and other Arabic-speaking counties are coming to Trabzon, which comes to the fore as a tourist hotspot thanks to its sea and lush forest.

He added that the green and blue form the right kind of environment the people from Gulf want to see. "These people came here as tourists first, later bought houses and then decided to make investments," he said.Göksu suggested that the tourists could find good living space in Trabzon because of the locals who are very welcoming. He noted, however, that the city is now struggling to manage incoming tourists and investors. "ISPAT, Turkish Airlines (THY), Eastern Black Sea Development Agency (DOKA) and Ministry of Culture and Tourism want to shift the focus from Trabzon to its neighboring provinces. We are working in that direction," he said.

He claimed that they brought some 130 tourism company owners, journalists and distinguished investors from the Gulf States to the region and introduced them to the local business community.

He said that they mainly chose investors who have not previously invested in the region. "Foreign businesspeople arriving in the region were very pleased, especially with the welcoming attitude of the locals. I hope that the investment in the region will accelerate with these talks," Göksu said.

He revealed that the foreign businesspeople mainly want to invest in hazelnuts, honey, fish, and tea production.

"We brought business leaders who would like to invest in these particular areas and introduce our products abroad," he continued. "So far our work is progressing well. Hopefully, this will result in major investments in the country, especially in the Black Sea region."

The ISPAT Gulf representative said that the region was now a long-term destination for Arab tourists and investors. He gave the locals a lot of credit as he highlighted the fact that the number of people coming to the region was increasing every year due to the local's hospitality toward Arabs.

"As a result, the tourists coming here are now building their own hotels and brining in their own jets. We want locals to regard investors as attentive guests," Göksu said.

He informed that the number of tourists coming from Saudi Arabia alone stood at about 600,000 last year. "The Ministry of Culture and Tourism is targeting a figure of 1 million this year. We believe that this number will increase every year as long as we are welcoming toward tourists and investors," he noted.

He also pointed out Uzungöl as a brand for investments in the region besides Ordu's Çambaşı Plateau and Perşembe district.

He added that some of the foreign investors employ around 27,000 workers and import goods worth $100 million from Turkey. "We want the region to benefit from these people in the best way possible," he said.