In concession, Trump will help China's ZTE get back into business 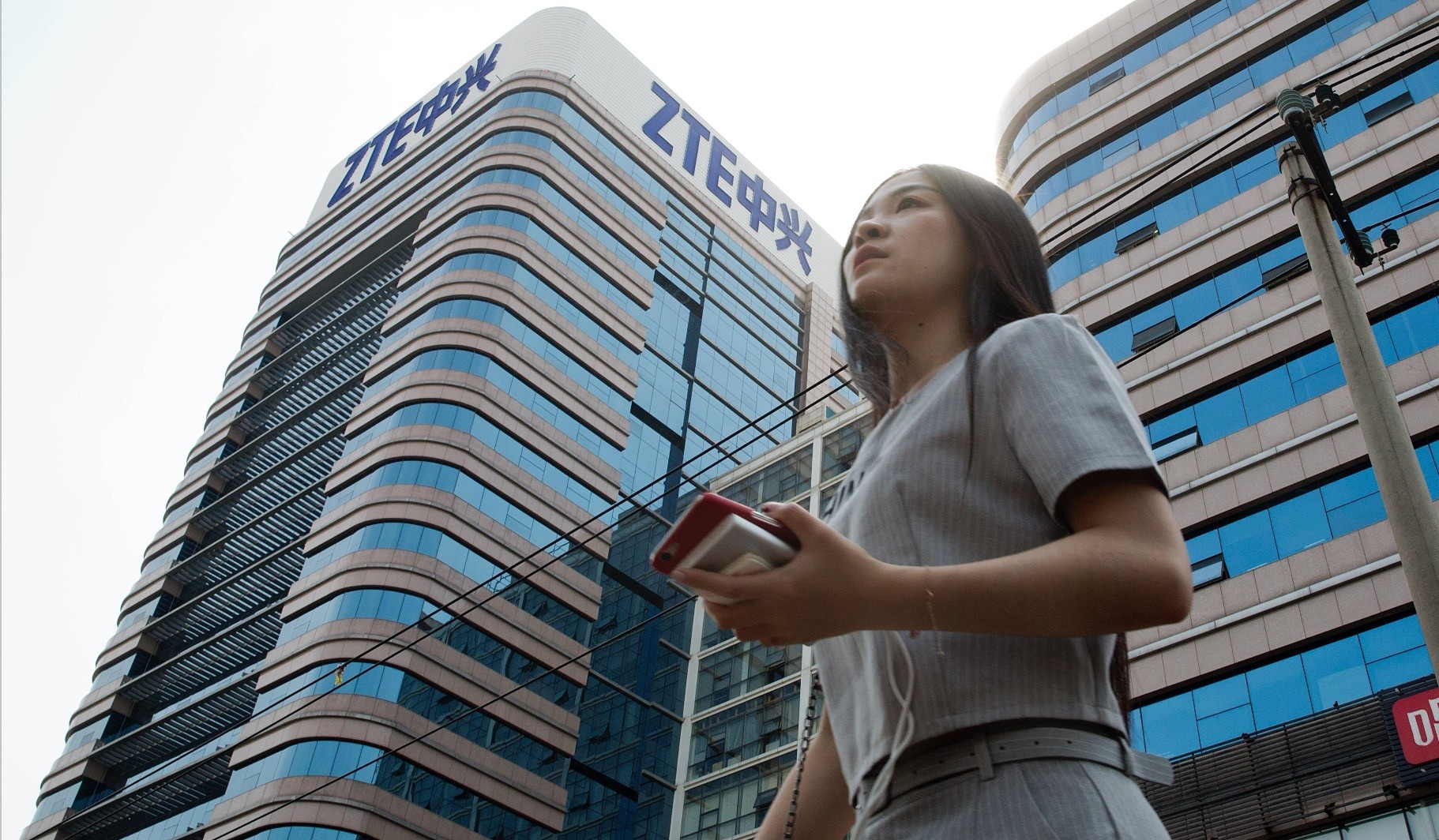 After the U.S.'s move to cut off Chinese ZTE Corp's access to its American suppliers, President Trump said he would help the company get back into business, saying too many jobs in China are at stake

U.S. President Donald Trump pledged on Sunday to help ZTE Corp "get back into business, fast" after a U.S. ban crippled the Chinese technology company, offering a job-saving concession to Beijing ahead of high-stakes trade talks this week.

Trump's unexpected announcement was a stunning reversal, given Washington's tough stance on Chinese trade practices that have put the world's two largest economies on course for a possible trade war.

Sources briefed on the matter said Beijing had demanded the ZTE issue be resolved as a prerequisite for broader trade negotiations.

"Too many jobs in China lost. Commerce Department has been instructed to get it done!" Trump wrote on Twitter, saying he and Chinese President Xi Jinping were working together on a solution for ZTE.

The U.S. Commerce Department last month banned American companies from selling to the firm for seven years as punishment for ZTE breaking a 2017 agreement after it was caught illegally shipping U.S. goods to Iran and North Korea, an investigation dating to the Obama administration.

The penalty cut off ZTE's access to key components such as semiconductors, prompting China's second-largest maker of telecommunications equipment to say last week that it had suspended its main operations.

"The message was, 'we have to deal with ZTE before we continue talks'," one of the people said.

Both sources, who declined to be identified given the sensitivity of the matter, said China was willing in principle to import more U.S. agriculture products in return for Washington smoothing out penalties against ZTE, but they did not offer details.

LINKED TO THE TRADE DISPUTE

Within the Commerce Department, and in U.S. business circles, the U.S. penalty against ZTE was widely seen as based on clear evidence of a company knowingly flouting U.S. regulations - separate from the highly politicized trade row, the sources said.

But Trump's reversal surprised and frustrated many U.S. officials, who had viewed the penalty on ZTE as final and not open to appeal, the sources said.

"Everyone has been explicitly saying this is not part of the trade conflict. And now the President has overtly linked it to the trade dispute for better or worse, and that is not good if you're trying to maintain credibility," the second source told Reuters.

ZTE, whose shares remain suspended, did not have immediate comment.

The U.S. Commerce Department and China's Ministry of Commerce did not have immediate comment.

White House spokeswoman Lindsay Walters confirmed that U.S. officials were in contact with Beijing about ZTE. She said Trump's tweet underscored the importance of "free, fair, balanced and mutually beneficial" relations between the United States and China on issues involving the economy, trade and investment.

Trump expects Commerce Secretary Wilbur Ross "to exercise his independent judgment, consistent with applicable laws and regulations, to resolve the regulatory action involving ZTE based on its facts," Walters said.

Washington and Beijing have proposed tens of billions of dollars in tariffs in recent weeks, fanning worries of a full-blown trade war that could hurt global supply chains and dent business investment plans.

In a second tweet on Sunday, Trump said past U.S. trade talks with China posed a hurdle that he predicted the two countries would overcome.

"China and the United States are working well together on trade, but past negotiations have been so one sided in favor of China, for so many years, that it is hard for them to make a deal that benefits both countries," Trump wrote on Twitter.

"Our intelligence agencies have warned that ZTE technology and phones pose a major cyber security threat," Schiff said. "You should care more about our national security than Chinese jobs."

It was not clear China would accept Trump's assertion that Beijing needs to work toward a mutually beneficial outcome.

"The U.S. should be aware that it must become more cooperative and constructive in the trade talks with China," the China Daily, China's official English-language newspaper, said in a Monday editorial. The editorial did not mention ZTE.

Trump's comments on ZTE could have a significant impact on shares of American optical components makers such as Acacia Communications Inc and Oclaro Inc, which fell when U.S. companies were banned from exporting goods to ZTE.

The U.S. government launched an investigation into ZTE after Reuters reported in 2012 the company had signed contracts to ship hardware and software worth millions of dollars to Iran from some of the best-known U.S. technology companies.

ZTE relies on U.S. companies such as Qualcomm Inc, Intel Corp and Alphabet Inc's Google. American companies are estimated to provide 25 percent to 30 percent of components in ZTE's equipment, which includes smartphones and gear to build telecommunications networks.

Claire Reade, a Washington-based trade lawyer and former assistant U.S. Trade Representative for China affairs, said the ZTE ban may have caused more alarm in Beijing than Trump's threats to impose tariffs on $50 billion in Chinese goods. "Imagine how the United States would feel if China had the power to crush one of our major corporations and make it go out of business," Reade said.