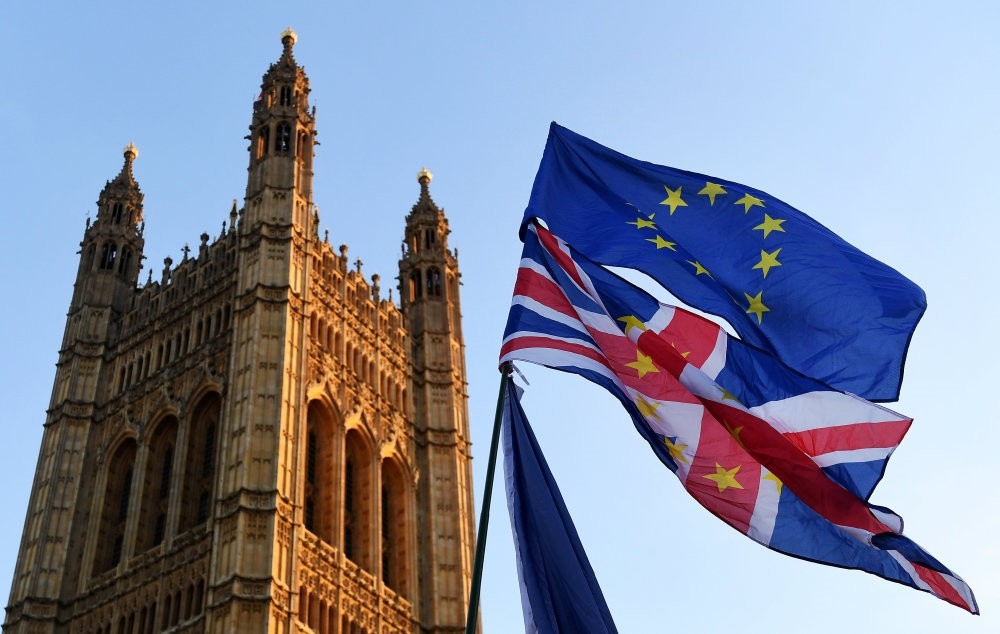 Turkey and the U.K. have benefited from growing commercial ties, which will be further expanded as the two countries eye $20 billion in bilateral trade, a target strongly emphasized during President Erdoğan's visit

The strengthening political and economic ties between Turkey and the U.K. have reaped the benefits of expanding bilateral trade volume and increasing mutual investments. President Recep Tayyip Erdoğan's three-day visit to the U.K., which was closely followed by the British business world and investors, has once more highlighted the strong bilateral ties and determination to further relations. The meetings with leaders and businesspeople demonstrated this fact. On Monday, Erdoğan met with executives of leading global companies and fund managers at a lunch in Bloomberg headquarters.

Supportive of Turkey's accession to the European Union, the U.K. is willing to sign a free trade agreement with Turkey since the country is going to leave the union.

The new relationship to be established with the U.K. might set a precedent for the modernizing talks of the customs union agreement with the EU.

Both the U.K. and Turkey aim to institute a new, updated and comprehensive commercial perspective that will protect mutual interests in their trade with the EU.

Right after Germany, the U.K. has become Turkey's second most important export market as of the end of last year.

The total trade volume between the two countries already approached $5 billion in the first three months of this year.

od of this year, achieving an increase of nearly 76 percent.

Exports to the U.K. consist of major items such as electric and non-electric machinery, motor vehicles and parts, iron and steel products, textiles and apparel, and gold and jewelry.

The biggest share in Turkey's exports items to the U.K. in all of 2017 belongs to motor vehicles for goods transport with 12.1 percent, followed by automobiles, station wagons and racing cars with 10.2 percent, and isolated wire, cable, electrical conductors and fiber optic cables with 4.9 percent.

On the other hand, diesel and semi-diesel have the largest share in Turkey's imports from the U.K. with 15 percent, followed by iron, steel and scraps with 14.2 percent, automobiles, station wagons, and racing cars with 10.4 percent.

Aiming to reap the economic benefits of strong political ties, the two countries aim to increase the bilateral trade volume to $20 billion, a target set during British Prime Minister Theresa May's visit to Turkey in January 2017.

The strong increase in bilateral trade is seen as promising to reach that goal.

"I believe that the potential of the two countries is above this figure. To achieve this goal, investments and joint projects are especially important," Erdoğan said during his speech at the 7th Turkish-British Tatlıdil Forum. He added that the United Kingdom is among the countries with the most investments in Turkey, with close to $10 billion in direct investments in the last 15 years.

In a bid to expand economic cooperation apart from increasing bilateral trade, the U.K. Export Finance Agency (UKEF) and its counterpart in Turkey, Eximbank, signed an agreement with the U.K. government increasing its support for the British companies trading with Turkey. The agreement between Eximbank and UKEF encourages Turkish and British contractors to jointly run infrastructure projects in third countries or jointly produce high-tech products to export to third markets.

Chris Gaunt, the chairman of the British Chamber of Commerce in Turkey (BCCT), said in a statement last week that the U.K. is doing three times more business with Turkey than they do with Brazil.

"On the other hand, we are doing more business with Turkey than India. Many businesspeople in Britain do not know this and they are shocked when we tell them," Gaunt said.

Based on Gaunt's statement, British investors, who know Turkey and its vicinity well, are expected to more closely evaluate the opportunities by focusing on Turkey once again following Erdoğan's visit to Britain.

Economy Minister Nihat Zeybekci also urged British and Turkish companies in London to evaluate the opportunities in third countries especially in the field of contracting, project development and financing.

"The U.K. thinks this is also the main agenda item for the overseas contracting industry. I believe that our companies and our countries will create an important synergy by combining their different features in this framework," Minister Zeybekci said.

Currently, more than 3,000 firms with U.K. capital operate in the country and the investment amount by British firms has neared $9.9 billion from 2002 to February 2018, according to the data from the Economy Ministry. The share of British investment makes up 6.7 percent of Turkey's total foreign direct investment basket.

The deal was struck during the Tatlıdil Forum - a civil dialogue platform established in 2011 to improve and excel political, economic and cultural ties between the two countries.

Katmerciler and Mira, including other stakeholders Turkey's Savronik and Delta, signed the deal for strategic international cooperation at a meeting attended by Undersecretary of Defense Industries (SSM) İsmail Demir.

According to the deal, the high-tech unmanned land platforms both Turkey and the U.K. need will be jointly developed and sold to Turkey, the U.K. and global markets. The platform might be produced in Turkey.

With this agreement, Katmerciler aims to bring in its experience of unmanned land vehicles to the international sphere of the defense industry.