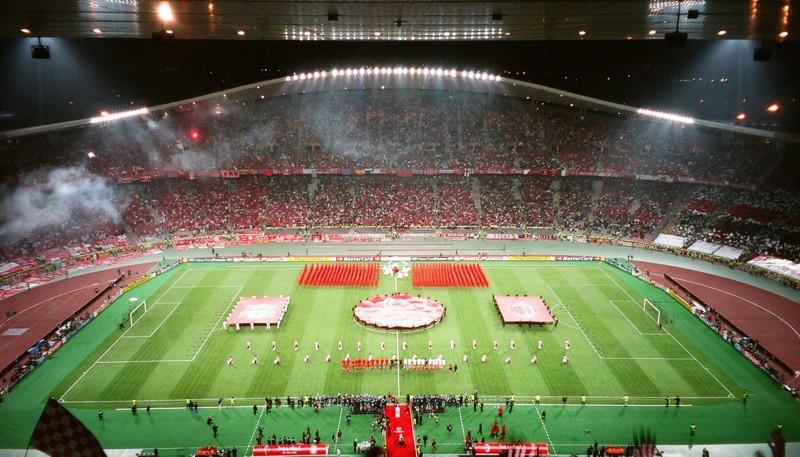 The 2020 Champions League final in Istanbul will have none of the logistical problems that marred the 2005 final in the city or Saturday's showpiece in Kiev, the vice president of the Turkish Football Federation has said.

Istanbul's Ataturk Olympic Stadium, scene of the memorable match when Liverpool clawed their way back from 3-0 against AC Milan to win on penalties, pipped Lisbon's Estadio da Luz to stage the 2020 final following a meeting of UEFA's executive committee on Thursday.

Back in 2005, only one road linked the center of Istanbul and the Ataturk Olympic Stadium, causing serious traffic jams and supporters complaining of combined journey times of seven hours to get from the city to the ground. Fans also complained of prohibitively expensive flight prices.

"Today there is no problem whatsoever, the accommodation, connections, roads, railways and underground are in place and there will be no problem in terms of logistics. It will be a fantastic venue," Turkish federation vice president Servet Yardımcı told Reuters in an interview in Kiev.

"In 2005 it was probably too early to have hosted that final, the stadium was completed and immediately after when this final took place we had some hiccups.

"We have given guarantees over security, logistics and financial guarantees. Turkey, especially Istanbul, has developed so much (since 2005) that you would expect this kind of development to have occurred in 80 years. Istanbul is also a great gateway to the Middle East and Africa."

Yardımcı, who is on UEFA's executive committee and is also heading up Turkey's bid to host the 2024 European Championships, says rapid development of Istanbul, which will open a new airport with two runways in October, means no such problems will affect the 2020 event.

"We have made a tremendous development throughout Turkey, having built bridges, roads, tunnels, railways, airports," he added.

"The new airport in Istanbul will be probably the biggest in the world, certainly the biggest in Europe, about 20 minutes away from the Ataturk stadium, which also has underground connections."

Yardımcı believes Turkey's location as the link between Europe and Asia makes it a serious contender to beat Germany to host Euro 2024, which would be the first major sports event in Turkey after failed bids to host Euro 2016 and the 2020 Summer Olympics.