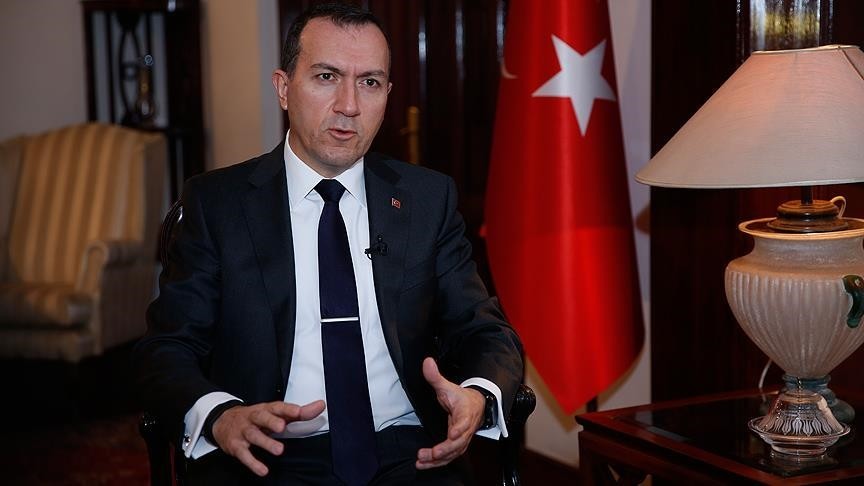 Turkey has initiated talks with Iraqi officials to resolve the water shortage in the country. The people of Iraq, who have recently had difficulties due to a drought, have called for Turkey's aid.

A delegation from Iraq visited Ankara and exchanged views on the steps to be taken in the coming months. It was learned that the Iraqi Parliament will request Ankara to postpone water-holding operations at Ilısu Dam once again.

Commenting on the issue through his social media account, Turkey's Ambassador to Baghdad Fatih Yıldız said Turkey exhibited its willingness to cooperate when it postponed water-holding operations at Ilısu Dam previously. "Turkey will continue to be on Iraq's side regarding the Tigris and Euphrates, seen as our common water."

Turkey is closely cooperating with Iraq to eliminate the water shortage problem in the neighboring country. Ankara continues to work on joint steps to be taken in the upcoming period and to reassure Baghdad on its concerns about the Ilısu Dam.

First Deputy Speaker of the Iraqi Parliament Humam Hamoudi said in a written statement that the Iraqi Parliament will send an urgent message to the Grand National Assembly of Turkey (TBMM) to postpone water-filling at Ilısu Dam for three more months and to form a delegation to ensure an agreement on the issue in Turkey.

Meanwhile, General Directorate of State Hydraulic Works (DSİ) closed the entrance gate of Derivation Tunnel-1 for water-holding operations at Ilısu Dam within the scope of the Southeastern Anatolia Project on Friday.

The Ilısu Dam will be officially inaugurated by President Recep Tayyip Erdoğan before the June 24 elections. Though it was meant to be launched in March, Iraqi Prime Minister Haider al-Abadi requested that the water-holding operation be postponed until June.