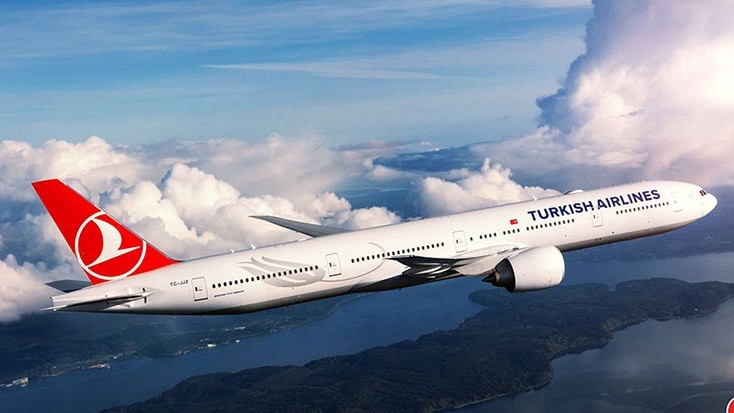 The airline topped the list of top 100 Turkish brands for this year with a brand value worth more than $2 billion, according to Brand Finance's survey.

Turkish Airlines raised its brand value by 6 percent in 2018 compared to last year, it said.

Integrated telecommunications service provider Turk Telekom lost its lead as the most valuable brand of 2017 as its brand value dropped 27 percent year-on-year in 2018.

Brand value of Turkish telecommunication giant dropped to $1.9 billion in 2018, down from $2.6 billion last year.

Akbank, a private Turkish lender owned by Sabancı Group, and Garanti Bank, another lender in the Turkish market partly owned by Spain's BBVA, retained fourth and fifth places on the list with $1.65 billion and nearly $1.6 billion, despite increasing their brand values from last year.

Leading Turkish defense contractor Aselsan posted the highest hike in its brand value among Turkey's top 100 firms, up 91 percent from 2017. Thus, Aselsan rose to 28th place from 34th spot in the list.

The survey also showed that Beşiktaş ranked as the most valuable Turkish football club with $121 million. It was followed by Fenerbahçe ($102 million), Galatasaray ($74 million) and Trabzonspor ($33 million).

Brand Finance revealed that total worth of Turkey's 100 most valuable brands stood at $27.5 billion this year, almost unchanged compared to last year, according to the survey.

Ilgüner highlighted that the total value of Turkey's 100 most valuable brands hovered around $25-35 billion in the last 11 years.

"None of the Turkish brands ranked in our Global 500 list this year," he said, adding all these indicators show Turkish brands did not grow at an expected rate.

"When Global 500 list are examined, the industrial sector constituted 70 percent of the total value and 30 percent by services sector. In Turkey it is the reverse," Ilgüner said.

Noting that the number of banks in the top 10 dropped to four banks in 2018, down from six last year, Ilgüner said the banking sector's share stood at 34 percent in top 100 companies.

"Seeing brands from the industrial sector at top spots is pleasing. It is possible to gain strength and value in a short time with innovative and technological products," he said.