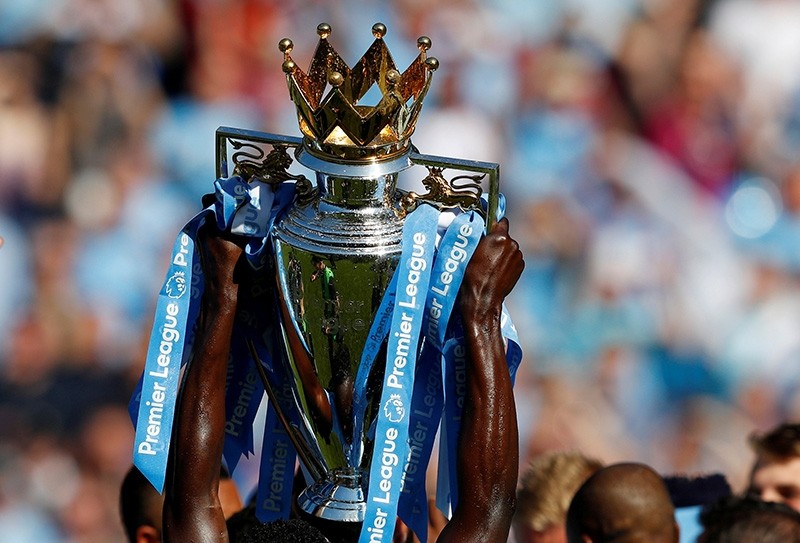 Manchester City celebrate with the trophy after winning the Premier League title after their match against Huddersfield Town at the Etihad Stadium, Manchester, Britain May 6, 2018. (Reuters Photo)
by Compiled from Wire Services Jun 07, 2018 12:00 am

The big five European leagues enjoyed record revenues in the 2016-17 season as a result of new broadcasting arrangements, according to data released on Thursday by Deloitte.

The combined revenue of the big five leagues -- in England, France, Germany, Spain and Italy -- was 12.6 billion pounds ($16.91 billion), representing a 9 percent increase from the previous year.

"The financial results of the class of 2016/17 are the most impressive we have ever seen," said Dan Jones, partner in the Sports Business Group at Deloitte.

The European football market was worth 21.9 billion pounds, with the English top division the clear driver.

"Whilst the Premier League is the clear market leader, we expect to see continued growth and interest across Europe's leagues in the years to come," said Tim Bridge, director in the Sports Business Group.

"The financial results for the 2016-17 season fully affirmed the English Premier League's position as the market leader as every one of the 20 clubs set their own personal annual revenue record," Deloitte's Dan Jones said.

"It is a far cry from a decade ago when 60 percent of the Premier League's clubs were making operating losses and the vast majority of any revenue increases were being paid out in wages, prompting concerns over long-term financial sustainability."

Deloitte said that for the first time no English top-flight club recorded an operating loss, while the wages-revenue ratio fell to its lowest since the 1997-98 season, to 55 percent.