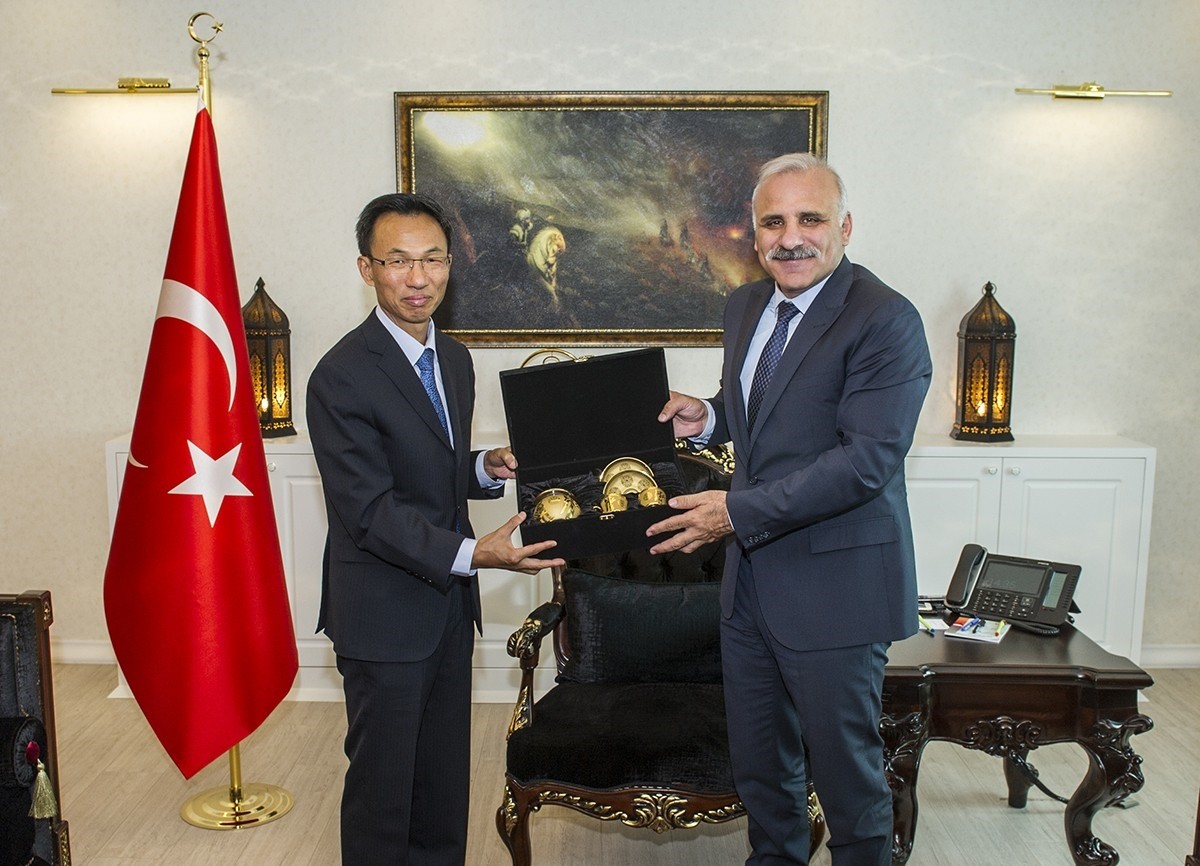 Yesterday, Chinese Ambassador to Ankara Yu Hongyang and an accompanying delegation of businessmen visited the eastern province of Van where they met city Governor Murat Zorluoğlu, visited the city's Chamber of Commerce and Industry (TSO) and met local businessmen.

Van TSO Vice Chairman Fevzi Çeliktaş and the members of the board carried out commercial and economic negotiations with the Chinese delegation.

Van is the center of attraction for investment, Çeliktaş said during the visit. "It is a suitable environment for investment and a virgin region geographically. The fact that Van borders Iran makes our province attractive in terms of investments. With its potential, Van will be an important investment center, especially for Chinese businessmen."

Chinese businessmen, remarking that they try to find business opportunities in different sectors, said they offer solutions in fields such as construction, communication, mining, oil, natural gas, environment, new forms of energy, urban planning, transportation, textiles and health and that they aim to cooperate and increase investments in the city.

Van TSO Assembly member Müslüm Erbay said that Van is a very important investment center with underground and overland assets. "Our perlite, pumice and zinc assets are ready to be processed. We have already carried out meetings with Chinese firms."

Indicating that they came to the city to examine investment possibilities, Hongyang said they know that the region needs investment. "The partnerships of Turkish and Chinese businesspeople will be positively reflected in the trade of the two countries. I have been in Iran for 15 years. Thus, I know Van is an important city for Iran. We want to evaluate these opportunities. Hereafter, we are thinking of coming here more often," the ambassador said.