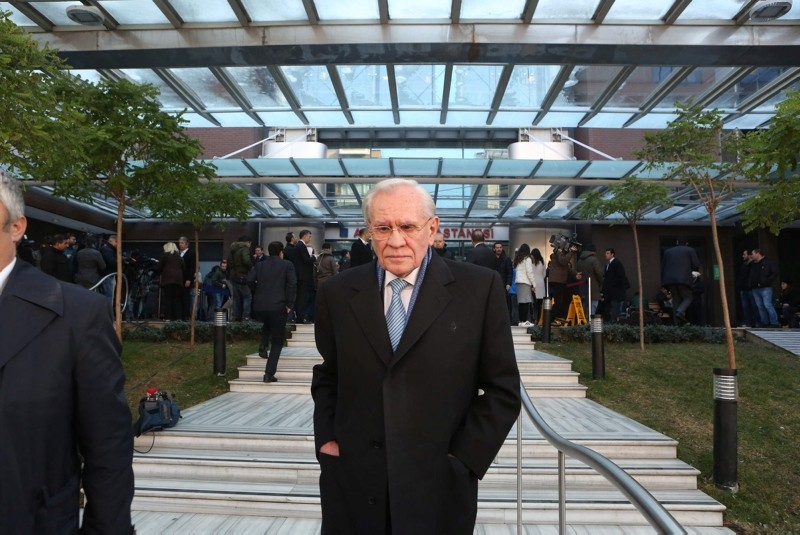 Erdoğan Demirören, the chairman of Demirören Holding that recently became one of Turkey's largest media groups with its acquisition of Doğan Media Group, has died Friday at the age of 79 due to multi-organ failure.

Demirören has been in intensive care since May 31 after experiencing respiratory failure, the hospital said in a statement.

His doctor Özgür Şamilgil Erdoğan said Demiroren had received treatment for a while but lived until his death "without any suffering with the care of his family as well as the intensive efforts of the hospital personnel."

"We offer condolences to our country and his relatives," he said, in a live press conference broadcast on the private CNN Türk television recently acquired by the group.

His funeral will be held Sunday after the noon prayers at the Fatih Mosque in Istanbul.

President Recep Tayyip Erdoğan offered his condolences to Demirören family in a statement. "Veteran industrialist and businessman Erdogan Demirören who achieved major accomplishments in his career and who made valuable contributions to our country will always be remembered with gratitude," Erdoğan said.

Demirören took over his father's auto spare parts business in 1956 at the age of 18, before establishing the conglomerate company Demirören Group.

Demirören Group is active in the energy, mining, manufacturing, construction, tourism and real estate sectors. Demirören's older son Yıldırım Demirören is the current President of the Turkish Football Federation (TFF) and was the former chairman of Istanbul giants Beşiktaş.

The group added Doğan Group's media properties, including Hürriyet and Posta newspapers and TV stations Kanal D and CNN Türk, to their portfolio in 2018. It previously acquired Turkish newspapers Milliyet and Vatan from Doğan in May 2011.