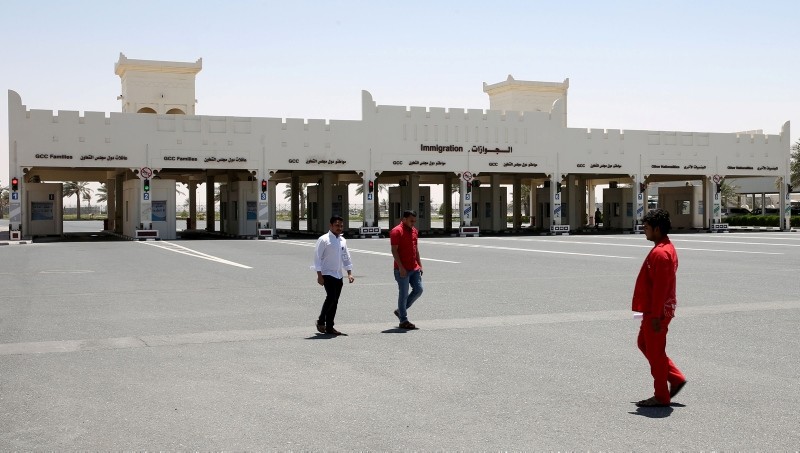 Bidding for construction projects of the Salwa Canal that will separate Saudi Arabia and Qatar will end June 25, a report said Tuesday.

The winner of the tender, for which five international companies have applied, will be announced no later than 90 days after the deadline, Saudi Makkah newspaper reported.

Saudi Arabia's ambitious project aims to build a water canal near the Qatari border, which will ultimately make the emirate an island nation.

According to the report, the construction will be completed in one year.

On Monday, Saud al-Qahtani, a prominent member of the Saudi Royal Court and adviser to Prince Mohammed bin Salman, retweeted a video with a caption that said: "Starting digging the Salwa Canal. Congratulations to the Saudi people for this wonderful project that will transform the small terrorist state of Qatar into an island."

Saudi authorities are reportedly considering digging a channel 60 kilometers (37.5 miles) in length and 200 meters wide that will be 15-20 meters deep on the Saudi part of the Salwa Island to create a container base for nuclear waste from its yet-to-be-built reactors.

A 1-kilometer stretch of land north of the channel, bordering Qatar, would become a "military zone," permanently ending land trade between the two Gulf countries and tightening the blockade.

The project is expected to cost $750 million, take 12 months to complete, and be financed by the private sector as well as Saudi and United Arab Emirates (UAE) investment authorities.