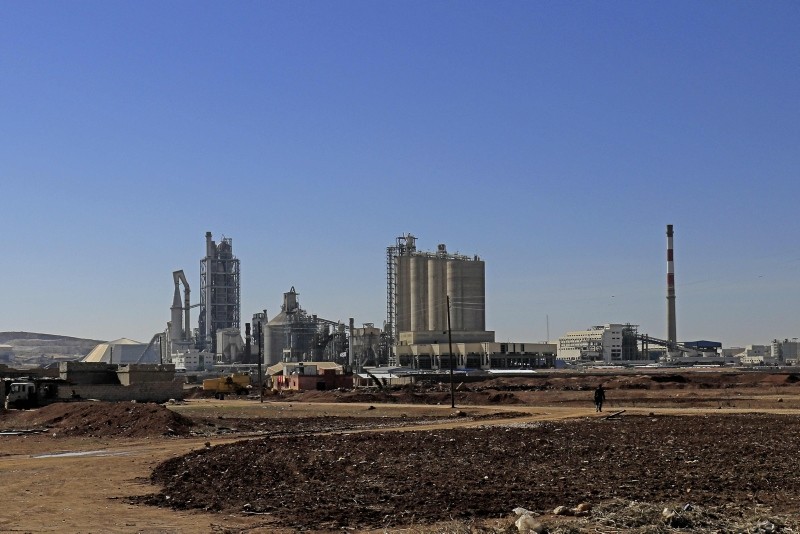 French cement giant Lafarge was charged Thursday with complicity in crimes against humanity and financing a terrorist organization for paying millions to terrorist groups, including Daesh, to keep a factory in Syria open during the war.

A legal source said the company, which paid the armed groups through middlemen, has also been charged with endangering the lives of former employees at the cement plant in Jalabiya, northern Syria.

French rights group Sherpa, one of the plaintiffs in the case, said it was the first time that a company anywhere in the world had been charged with complicity in crimes against humanity.

The allegations against Lafarge, which merged with Swiss firm Holcim in 2015, are the most serious against a French company in years.

Lafarge was ordered to hand over 30 million euros ($35 million) to authorities as a security deposit ahead of the trial.

Eight Lafarge executives, including former CEO Bruno Laffont, have already been charged with financing a terrorist group and/or endangering the lives of others over Lafarge's activities in Syria between 2011 and 2015.

Lafarge is suspected of paying nearly 13 million euros ($16 million) to Daesh and other militant groups to keep the Jalabiya plant running long after other French companies had pulled out of Syria.

Sherpa hailed the decision to charge the company, saying it was "a decisive step in the fight against the impunity of multinationals operating in armed conflict zones."

An investigative report by Daily Sabah also found that the Jalabiya plant continued operating under the rule of the People's Protection Units (YPG), which Turkey considers as the PKK terrorist group's Syrian offshoot. While the U.S., the EU and NATO designate the PKK as a terrorist group, the U.S.-led anti-Daesh coalition, which France is a member, actively cooperates with the YPG and YPG-dominated Syrian Democratic Forces (SDF) on the ground in northern Syria.