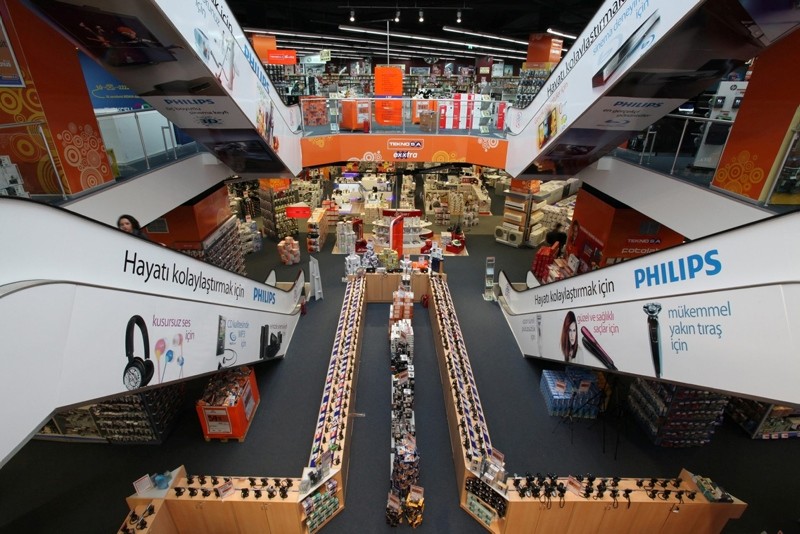 German technology retailer Media Markt has begun negotiations with Turkish conglomerate Sabancı Holding for a purchase of its technology retail company Teknosa, one of the Media Markt's biggest rivals in the Turkish market, Bloomberg International reported.

Sources told Bloomberg the talks were based on acquiring all the shares of Teknosa, noting that if the deal was inked Teknosa's 210 stores would be added to the Media Markt's 45 stores. The report made no mention of a possible price.

Sales of Teknosa, which has an enterprise value of $170 million dollars, according to reports, reached $933 million in 2017. The company, whose turnover stood at around TL 3.1 billion last year, has a total of 210 stores in 70 of Turkey's provinces.

A high-ranking Media Markt official, however, told Hürriyet daily that at the current stage there were no negotiations on buying between the companies.