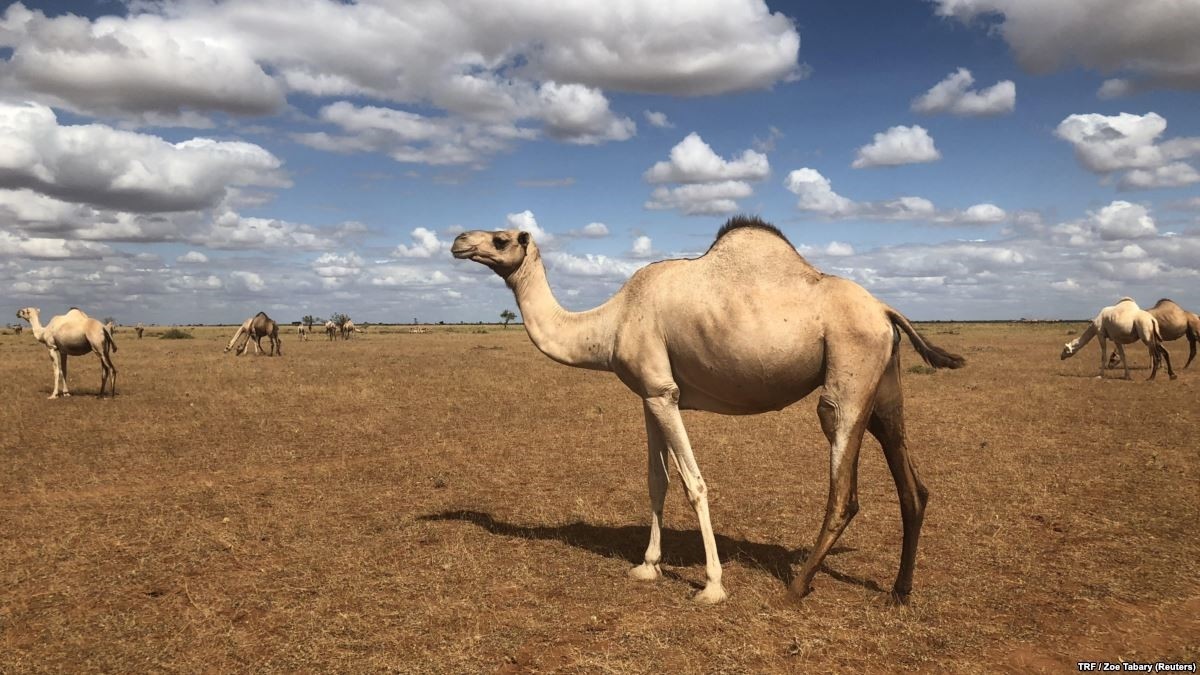 In order to prevent milk from going sour because of of the heat, Kenyan female milk traders sell it through four refrigerated ATM-like vending machines, after receiving training on business skills

Halima Sheikh Ali is the proud owner of one of the few ATMs in Wajir town in northeast Kenya. But rather than doling out shilling notes, it dispenses something tastier: a fresh pint of camel milk.

"For 100 Kenyan shillings ($1), you get one litre of the freshest milk in Wajir County," she says, opening a vending machine advertising "fresh, hygienic and affordable camel milk" in order to check the liquid's temperature. One of the world's biggest camel producers, East Africa also produces much of the world's camel milk, almost all of it consumed domestically.

In the northeast Kenyan county of Wajir, demand is booming among local people, who say it is healthier and more nutritious than cow's milk.

"Camel milk is everything," said Noor Abdullahi, a project officer for U.S.-based aid agency Mercy Corps. "It is good for diabetes, blood pressure and indigestion."

But temperatures averaging 40 degrees Celsius (104 degrees Fahrenheit) in the dry season, combined with the risk of dirty collection containers, mean the liquid can go sour in a matter of hours, he added, making it much harder to sell. To remedy this, an initiative is equipping about 50 women in Hadado, a village 80km from Wajir, with refrigerators to cool the milk that remote camel herders send them via tuk-tuk taxi, plus a van to transport it daily to Wajir. There a dozen women milk traders, including Sheikh Ali, sell it through four ATM-like vending machines, after receiving training on business skills such as accounting.

"The (milk) supply and demand are there. We just have to make it easier for the milk to get from one point to another," said Abdullahi. The project, which is part of the Building Resilience and Adaptation to Climate Extremes and Disasters (BRACED) program, is funded by the UK Department for International Development (DFID) and led by Mercy Corps.

Asha Abdi, a milk trader in Hadado who operates one of the refrigerators with 11 other women, said she used to have to boil camel's milk - using costly and smoky firewood - to prevent it turning sour.

"I spent 100 shillings ($1) a day on firewood, and the milk would often go bad by the time it got to Wajir as the (public) transport took over three hours," she said. Now Abdi and the other women in her group send about 500 litres of fresh milk to Wajir every day - a trip that takes just over an hour by van. They then reinvest the profits in other ventures.

"With the milk money I bought 20 goats," said Abdi as she rearranged bags of sugar in her crowded kiosk.

"But my dream would be to export the camel milk to the United States," she added. "I hear it's like gold over there."

Amid hundreds of camels roaming stretches of orange dirt outside of Hadado, Gedi Mohammed sits under the shade of a small acacia tree.

"The (tuk-tuk) drivers should be here soon to buy my camel milk," he said, sipping the precious liquid from a large wooden bowl. In Kenya's largely pastoralist Wajir County, prolonged drought is pushing growing numbers of the region's nomadic herders to see camels - and their milk - as a drought-safe investment.

Mohammed, who used to own over 100 cows, said he exchanged them a decade ago for camels, "which drink a lot of water but can then survive eight days without another drop, when a cow will die after two days".

Back in Wajir, Sheikh Ali said her group's cooled milk ATM allows her to save about 5,000 shillings ($50) per month, as she no longer has to buy firewood to boil milk and can sell the fresh liquid at a higher price.