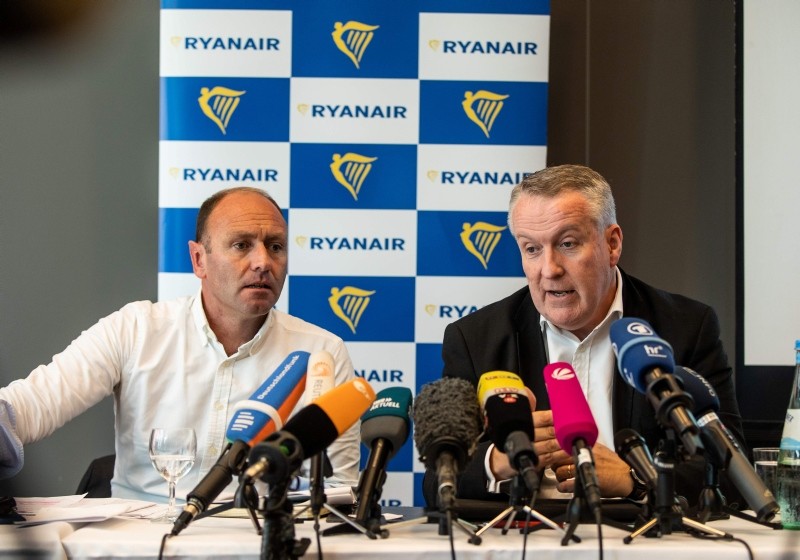 Budget airline Ryanair has cancelled 250 flights scheduled for Friday in response to an announcement from the German pilots' union that its members would join a strike by Ryanair pilots in Sweden, Ireland and Belgium.

The move comes on top of 146 other cancellations announced several days ago due to the coinciding pilot strikes in three other countries, taking the total number of cancellations to nearly 400. It will be the biggest strike in the airline's history.

Ryanair's marketing chief Kenny Jacobs said passengers booked on the cancelled flights would be able to change their time of departure free of charge or get their money back.

The announcement came several hours after the Vereinigung Cockpit (VC) union said its members would join a strike taking place between 3:01 am (0101 GMT) Friday and 2:59 am Saturday and that all Ryanair flights to and from Germany could be affected by the action.

"Ryanair categorically ruled out any increase in pay over the course of the negotiations," said VC chief Martin Locher during a press conference. "At the same time, Ryanair did not give any signal as to where there may be leeway to find solutions."

Twenty-two of the nearly 400 cancelled flights are to and from Sweden. Most of Ryanair's flights at the regional Skvasta airport, about 100 kilometers south of Stockholm, will be affected, according to the head of the country's pilots' union.

"No talks are currently under way between Ryanair and the Swedish pilots' union (SPF)," union head Martin Lindgren told Swedish Radio on Wednesday. "Ryanair refuses to meet with the SPF representatives we have selected."

Two weeks ago, Ryanair crew in Portugal, Spain and Belgium walked off the job, forcing the budget airline to cancel some 600 flights over the course of two days. The action affected around 100,000 passengers.

Both pilots and crew are demanding better pay and conditions, which Ryanair has declined to grant thus far.