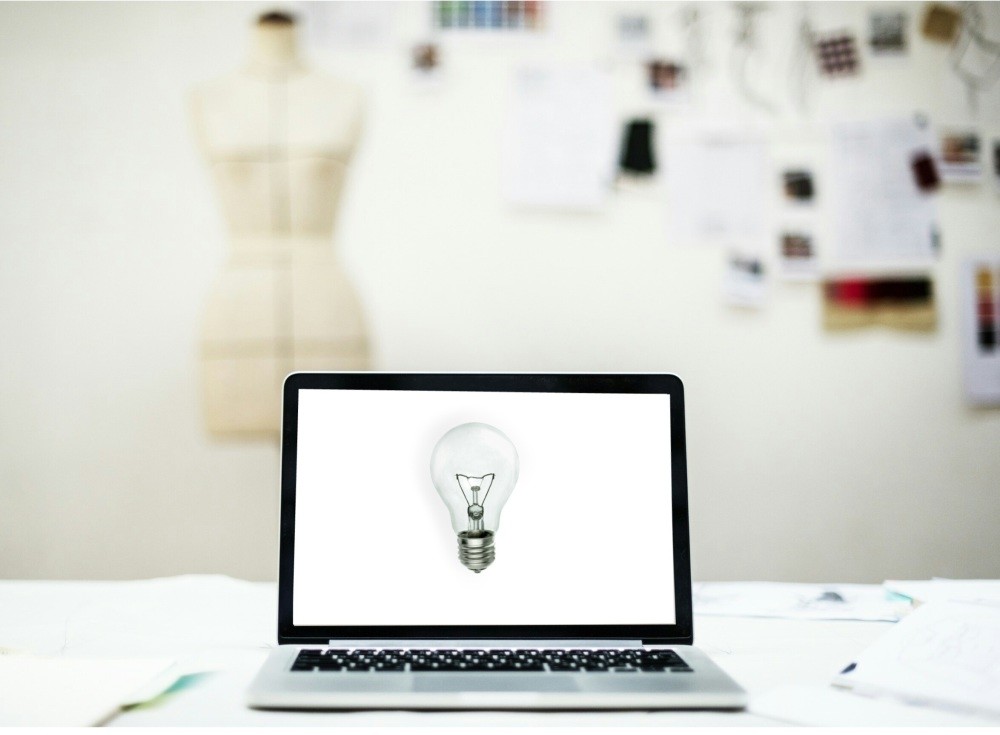 While making a name for itself in the global entrepreneurial ecosystem with many awards, İTÜ ARI Teknokent, it has also announced a three-stage venture program for entrepreneurs

Many parts of the entrepreneurial ecosystem have yet to be fully established in Turkey. When it comes to entrepreneurship, mentoring, venture capital, angel investors, and entrepreneurial acceleration programs, every player has to overdo their best. Because there are not enough venture ideas. There is no entrepreneurial resignation that will process and prepare and realize enough ideas with stubbornness. You have difficulty finding experienced programs that can offer many services together.

Especially in Istanbul, at the heart of the business world, it is not easy to create business areas parallel to the developments in the world and to meet this with academic curiosity. İTÜ (Istanbul Technical University) ARI Teknokent is one of the institutions that manages this beautiful harmony at its best. They may make mistakes or miss something here and there, but they are working sincerely to find the truth, as they say to entrepreneurs.

Having thanked everyone who has contributed since its establishment, General Manager Kenan Çolpan showed me his team when I asked him about his secret. In fact, Kenan Çolpan's open-minded leadership has a role in the rapprochement between academia and private companies. There are many sectors and conflicts in Turkey that prefer a fight before the formation of an ecosystem. İTÜ Teknokent, on the contrary, shares its experience with the techno cities of other universities and state institutions, increasing its targets by identifying areas of expertise.

Pursuing the subject of curiosity

With his usual smile and a positive approach, İTÜ ARI Teknokent General Manager Dr. Deniz Tuncalp, who knew both academics and people from the business world, explained the experience of his team and described his curiosity in his own words.

"I am not satisfied without knowing exactly what I am curious about. The result is not necessarily a diploma, but it is also self-fulfilling," said Tunçalp, who also managed a professional business life and entrepreneurship in addition to an academic career fed from three different disciplines.

After selling the venture he founded in 2003, he jumped into the professional life with Turkcell. After seven years, he used his training that he received to curb his curiosity in the first place, in the selection, training and orientation of İTÜ ventures. In fact, there is unlimited curiosity and determination behind the entrepreneurship.

"İTÜ ARI Teknokent designs and operates its programs with an understanding that puts entrepreneurs and ventures at the heart of all entrepreneurship programs. Our goal is for entrepreneurs to be successful and wealthy and return to the ecosystem as investors. We are doing our best to deepen our ecosystem and increase its success," Tunçalp said. 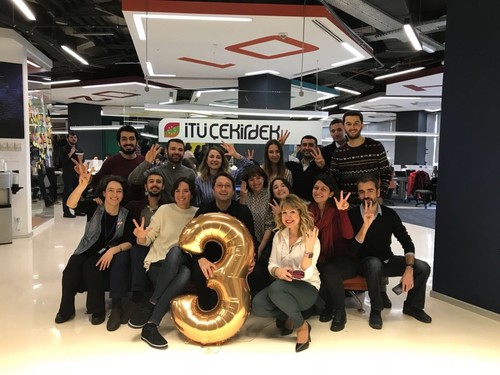 Deniz Tunçalp explained how they grew gradually from a seed when asked how they implemented a program that would reveal the growth potential of the ventures.

"As İTÜ ARI Teknokent, we apply different programs in line with the needs of entrepreneurs in different profiles. Entrepreneurs at the start-up stage reach the integrated support mechanisms at İTÜ Seed, while technological entrepreneurs with a certain scale have special supports for [research and development] R&D projects they carry out in the technological development zone," Tunçalp said. "İTÜ Magnet, on the other hand, focuses on entrepreneurs who have come to the stage of scale-up. In the INNOGATE program, they are preparing to sell their technology products to the world's most competitive technology market, Silicon Valley, and to enter the U.S. market."

In fact, entrepreneurs learn how to shape their products and services in a maturing acceleration program over the years. Deniz Tunçalp said in the next period, ventures in the stage of transforming their ideas into prototype within the scope of İTÜ Seed reached the prototype preparation support of TL 150,000 ($25,000) with the TÜBİTAK BİGG program and İTÜ Seed's support of consumables and laboratories in the process of preparing the prototype.

"They are being introduced to İTÜ Seeds large group of investors, including angel investors, angel investment networks and venture capital firms. While the entrepreneur set the investment conditions with the investors, we can also act as a mediator to facilitate the process and provide the financial and legal consultancy required by the entrepreneur. The resulting investments and financial grants provided by corporations are annually announced at the Big Bang event in November, ending the annual pre-incubation process," Tunçalp noted.

"In all this pre-incubation process, while implementing our sophisticated acceleration program learnt from the best sources in the field to reveal the growth potential of the venture, we offer the maximum resources to the use of entrepreneurs with the support of over 300 volunteer mentors, more than 100 individual and corporate investors, and over 20 grant-providing institutions and also prioritize entrepreneurs' continuous learning, staying close to the market and their customers, and focusing on commercial success. On this count, we evaluated 11,996 applicants last year alone, and 33 most successful teams of the 478 entrepreneurial teams achieved $4.5 million in investment and grant on the Big Bang day," he added.

Under the scope of venture capital companies

"Basically, under the İTÜ Magnet program, we are trying to identify and solve the problems that are impeding the scaling of the growth-stage ventures. We are concerned with the problems of firms one by one in the İTÜ Magnet, where ventures that only have product, customer, team, and scalable business model but that have not yet been scaled up due to some problems," he continued, stating that the İTÜ Magnet community created by these companies was also very helpful to each other.

"In addition, corporations find mature ventures, which they seek to do business with, in İTÜ Magnet. We also use the power and knowledge of İTÜ and İTÜ ARI Teknokent to help solve the problems of these ventures. Besides, one of Turkey's most advanced digital production capabilities is being established in İTÜ Magnet. Thus, entrepreneurs will be able to make the functional test productions of their products especially with hardware or physical products in İTÜ Magnet and develop them by testing with their customers quickly," he added.

New entrepreneurs to the global market

INNOGATE aims to bring the greatest experience in the shortest possible time for technology companies that have brought global target and thus directs the technology products produced in Turkey to exports by offering them to markets in different locations in the U.S. starting from the heart of the U.S. technology market, San Francisco and Silicon Valley regions.

"For this purpose, with a one-month workshop series run by consultants from the U.S., the company's market entry and marketing plans in the U.S. are being prepared together with the financial modeling, and during the second month, the final checks are carried out before the firm steps into the U.S. and the negotiations to be done in the first months are being set. In the third month, the companies go to the U.S. together with a team from the İTÜ ARI Teknokent management, spend their first month in the U.S. in a high rhythm and cooperation environment, hold meetings and in this scope find the opportunity to meet with the sales coaches and many mentors provided to them by the program and exchange ideas in this regard," Tunçalp added. He also stressed that a significant part of the companies that entered the U.S. market quickly from San Francisco or another city started importing, while with this experience, many of their companies could improve their exports in other countries.

"After a one-month field study within the scope of INNOGATE, companies can develop their businesses by using İTÜ ARI Teknokent offices in the U.S. for six months. İTÜ ARI Teknokent also organizes closed demo-day events for entrepreneurs who have successfully achieved sale success by passing the program to introduce them to the investors in the U.S., so we are working towards globalization of our entrepreneurs who develop their resources through the U.S.," Tunçalp said.

"Corporations competing on product design could establish more innovative business relationships with entrepreneurs, and the construction rant in the country's economy could be replaced by profitability based on production, branding and differentiation. Thus, corporations are more likely to make 1-2 percent of their purchases by choosing among the entrepreneur's products (not custom orders), competing, taking risks and investing in ventures, thus paving the way for the ecosystem," Tunçalp noted.

"The fact that the state and the private sector support the entrepreneurs as a customer or minority investor, without impairing the market and slowing down the entrepreneur, in short, by enlarging the market can achieve the healthiest growth for the ecosystem. The capital accumulation of generations of Turkey could be used to directly or indirectly enlarge the entrepreneurial ecosystem. Because the emergence of startups from Turkey on the unicorn scale, which is often the subject of controversy, can only be possible with the exponential growth of the total resources reaching the ventures," he said.

KoçSistem realized the Artificial Intelligence (Analytical) Marathon under the auspicious of its new entrepreneurship and innovation platform, TechSquare. The grand prize in the one-month marathon went to the "OPTIMAC" project, which improved Advanced Process Control systems using artificial intelligence.

KoçSistem launched a new "Artificial Intelligence Marathon" with its new generation entrepreneurship platform, TechSquare, for in-house employees and start-ups. A total of 12 teams from inside and outside the company participated in the marathon, which was realized within KoçSistem for a month.

Teams that provided business ideas that would provide cost optimization in the finance, retail, energy and automotive sectors, enhance productivity and improve customer experience, developed various projects for a month by working under the leadership of their mentors. As a result of the evaluation in July, the "OPTIMAC" project, which improved the Advanced Process Control systems using artificial intelligence, was awarded the grand prize and found eligible to participate in the TechSquare Acceleration Program. The competitors had the opportunity to benefit from workshops during the marathon.

Commenting on the Artificial Intelligence Marathon, KoçSistem General Manager Mehmet Ali Akarca said as KoçSistem, they continued their efforts for strengthening and spreading entrepreneurship, adding that presenting the technology that entrepreneurs needed when developing business ideas and establishing a communication bridge between entrepreneurs became an important issue today.

"Entrepreneurship, which takes on the role of locomotive in growing economies like Turkey, accelerates growth by speeding up employment and welfare growth and makes a sustainable contribution to this growth. As KoçSistem, we support every formation that will increase the economic welfare of our country, especially innovation and entrepreneurship," Akarca said.

"With the TechSquare team we have developed for this reason, we will continue to use our experience in technology to support entrepreneurs. At the same time, we will realize our competence with various projects in order to increase innovation within the institution. The Artificial Intelligence Marathon has gained great importance as a project that brings together entrepreneurial and innovation cultures," he concluded.