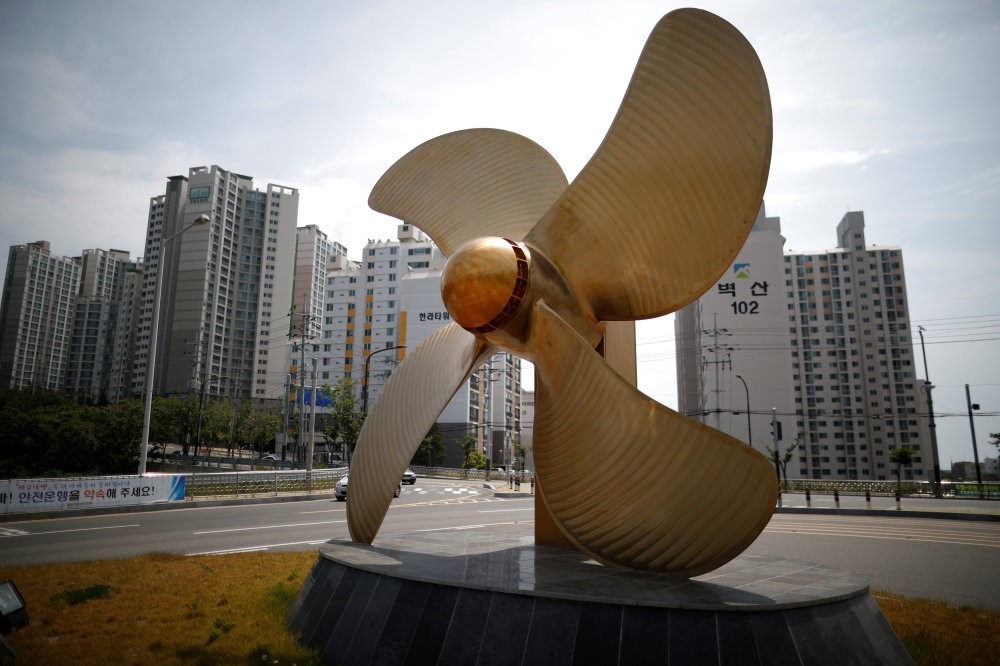 When Lee Dong-hee came to Ulsan to work for Hyundai Heavy Industries five years ago, shipyards in the city known as Hyundai Town operated day and night and workers could make triple South Korea's annual average salary. But the 52-year-old was laid off in January, joining some 27,000 workers and subcontractors who lost their jobs at Hyundai Heavy between 2015 and 2017 as ship orders plunged. To support their family, Lee's wife took a minimum wage job at a Hyundai Motor supplier. His 20-year-old daughter, who entered a Hyundai Heavy-affiliated university hoping to land a job in Ulsan, is now looking for work elsewhere.

The Lee family's fortunes mirror the decline of Ulsan, which is now reeling from Chinese competition, rising labor costs and its over-reliance on Hyundai - one of the giant, family-run conglomerates or chaebol that dominate South Korea. Generations of Hyundai workers like Lee powered South Korea's transformation from the ashes of the 1950-53 Korean War to an industrial and manufacturing powerhouse, making the southeastern port of Ulsan the country's richest city by 2007. But some experts say the chaebols have now become complacent and risk averse, failing to keep pace with their overseas competitors.

South Korea's focus on exports has also made Asia's fourth-largest economy vulnerable to growing protectionism by major trade partners and other external shocks.

"Hyundai was everything to me. I feel hopeless," Lee said at his apartment, a high-rise complex popular with Hyundai Motor workers 10 km (6 miles) from the automaker's factory. With young people fleeing in search of jobs, Ulsan is now the fastest-aging city in the country, according to Statistics Korea. The city's population of 1.1 million has more than quadrupled since 1970, but fell for the first time in 2016 even as population grew in the rest of the country. Some experts and industry executive warn Ulsan - home to the world's biggest shipbuilder and largest carmaking complex - might be South Korea's 'Rust Belt' in the making. Legendary businessman Chung Ju-yung founded Hyundai Motor in Ulsan in 1967 and Hyundai Heavy six years later, turning the small fishing village known for whale hunting into a giant company town. For decades, job seekers flocked to the city, drawn by high wages, company-subsidized housing and generous benefits. The city also has seen a rising number of suicides and now has the highest suicide rate in the country for those aged between 25 and 29, according to Statistics Korea.