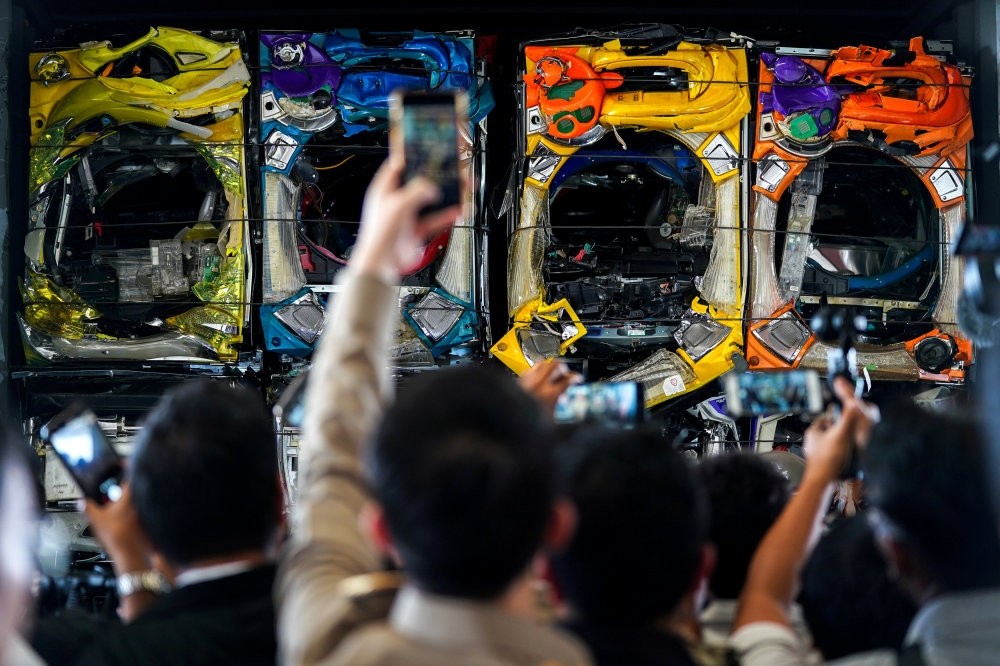 Blocks of electronic waste hidden in a freight container are seen during a search of Leam Chabang industrial estate, Chonburi province, Thailand.
by Aug 17, 2018 12:00 am

The Thai government will ban imports of electronic and plastic waste following reports of massive piles of scrap electronics turning up in the country, potentially turning it into the ‘world's garbage bin'

Thailand will ban imports of 432 types of scrap electronics within six months, an environment ministry official said yesterday, the latest country to respond to China's crackdown on imports of high-tech trash this year. Southeast Asia nations fear they are the new dumping ground for the world's trash after China banned the entry of several types of waste as part of a campaign against "foreign garbage". Thailand's ban comes weeks after regional neighbour Vietnam said it would stop issuing new licenses for waste imports and crack down on illegal shipments of paper, plastic and metal.

The Thai ban covers 432 types of electronic refuse - from electronic circuit boards to old television and radio parts - and will take effect within six months, a senior environment ministry official told Reuters yesterday. He said the ban was agreed at a meeting on Wednesday chaired by Surasak Kanchanarat, the environment minister.

"The meeting yesterday passed a resolution to stop importing 432 kinds of electronic waste and to ensure...that this is enforced within six months," said the official, who declined to be named because he was not authorized to speak to the media. Mongukol Pruekwatana, director general of the department of industrial works, told Reuters a full list of banned items would be announced soon. E-waste - commonly defined as any device with an electric cord or battery - can be mined for valuable metals such as gold, silver and copper. However, it can also include hazardous material such as lead, mercury and cadmium.

Surasak told Thai media on Wednesday that imports of some electronic appliances and second-hand devices would be allowed if these items can be repaired and reused. Scrap metal, including aluminum, copper and steel, can still be imported for industrial use, but must be separated at the country of origin and cleaned, he said. Thailand's e-waste ban follows a series of raids that began in May on factories accused of illegally importing and processing electronic waste. Environmentalists say waste once destined for China is being re-routed to Southeast Asia, and new laws are needed or existing laws better enforced to prevent illegal imports. Vietnam's central bank said on Wednesday it has asked banks to tighten lending to projects deemed environmentally unfriendly. It said banks must have strategies for environmental risk management by 2025.

Thailand also planned to ban imports of plastic waste in the next two years, the environment ministry official said, but he gave no details of the programme. The death of a pilot whale in June found with some 80 pieces of plastic rubbish in its stomach focused attention on what environmentalists call Thailand's "addiction" to plastic bags and packaging. Thailand's military government has said improving the country's waste management infrastructure is a priority and set goals for 2021. They included cutting the use of plastic bags and bottles in government agencies and businesses, and plastic bans in tourist destinations. A tax on plastic bags has also been mentioned, along with a target to recycle up to 60 percent of plastic by 2021.