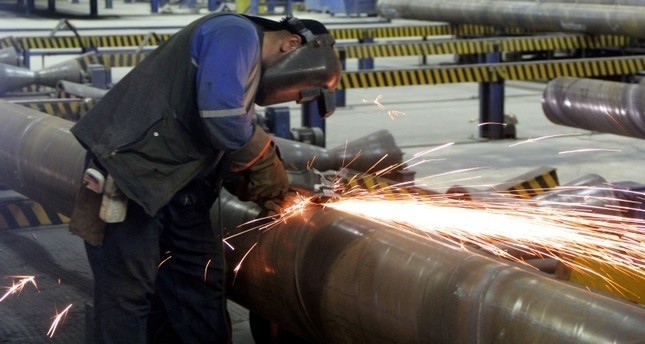 Turkish steel and aluminum exporters have rolled up their sleeves to search for new target markets like the Far East and South America after additional tariffs by the U.S.

In the face of additional U.S. tariffs on Turkish steel and aluminum, exporters are looking to explore alternative markets in the Far East and South America.

The move comes after U.S. President Donald Trump announced on Twitter on Aug. 10 that he had approved a doubling of tariffs on steel and aluminum from Turkey.

He said that the sector is growing with new investments every day.

According to Turkish Exporters Assembly (TİM), steel exports reached $8.36 billion in the January-July period this year, with a 27 percent rise compared to the same period last year.

During this period, the largest export destination for Turkish steel was Italy. It was followed by the U.S. with $552 million.

Exports to Far Eastern countries and South American countries, which have been set as the new targets by exporters, stood at $160 million and $225 million, respectively.

Ertan said that the sector exported 1.9 million tons of steel to the U.S. last year. He noted that there is a commercial decline around the globe due to the recent U.S. stance.

"After this implementation, our steel exports to the U.S. have become more difficult. However, we can easily close the gap with exports to Far Eastern and South American countries," he said. He said that the sector is accustomed to this kind of practice and this has actually given them some sense of defiance.

"Like a frontiersman, we can travel all over the world with a bag and sell Turkish steel to the rest of the world," he added.

He said that steel exports to the South American market have gained momentum in recent months and added that exports to Brazil rose by 159 percent to $30 million in the first seven months of the year. "Significant increases have also been recorded in exports to countries like Honduras, Paraguay and Panama," Ertan said.

He claimed that the increase in these markets will continue. "There is a gap in Far East countries emanating from China heading to its own domestic market. Turkish exporters will fill this gap."

Ertan said that Turkish steel entered the U.S. market in 1985 and is one of the most commonly used steels there, both in terms of quality and price.

He stressed that U.S. companies prefer Turkish steel. "But Since Turkish steel does not go there and the U.S. steel production does not meet local demands, steel prices in the U.S. have gone up, pushing it to import more."