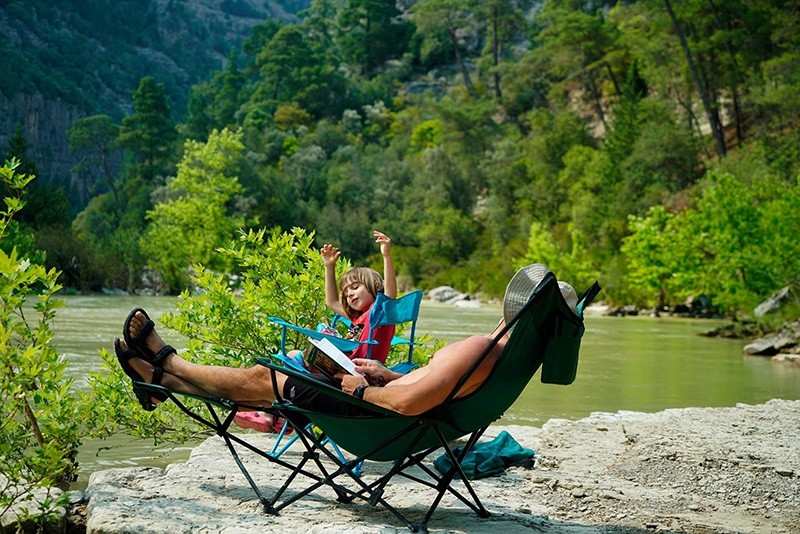 Sales of camp supplies skyrocketed among Turkish retail firms this year, as one survey indicated more people went camping this summer than during the previous year.

Hepsiburada Commercial Group, an online sales platform, said sales in their camping department increased 45 percent in the first eight months of 2018 compared to the previous year.

The top three most popular products in the camp supply department were tents, camp kitchen sets and camping accessories.

Erturan said people of ages 28 to39 bought the most camp supplies, while 78 percent of shoppers were men and 22 percent women. However, purchases by women increased significantly from the previous year, with sales of camping chairs, inflatable mattresses and outdoor bags increasing four times since last summer.

"When we examine the sub-breakdowns in sales, according to the same period last year from June 1 to Aug. 31, the sales volume of thermoses increased by 25 percent, and fishing equipment sales volume increased by 30 percent. Again in this period, the sales of hand-held flashlights increased 35 percent, sales of headlights and portable tables and chairs by 40 percent, and sleeping bag sales rose by 50 percent," Commercial Director Bülent Elçin told AA.

A survey conducted via GittiGidiyor by social polling network Poltio found that one in every two online shoppers in Turkey said they went camping this summer.

The poll asked 5,280 holidaymakers during the first week of September about their outdoor recreation choices this summer.

Nearly half of the participants – 49 percent – said they had camped during the summer, a significant increase from the results of last year's survey, which showed only 21 percent of holidaymakers had chosen to camp.

When asked why they go camping, 56 percent of respondents answered that "being in nature is peaceful," 32 percent said "because I feel more free," 9 percent "because of the cheap holiday opportunity," and 3 percent said "it's trendy, I wanted to try it."

The survey also asked which supplies are absolutely essential for camping, to which more than half of respondents answered: tent.