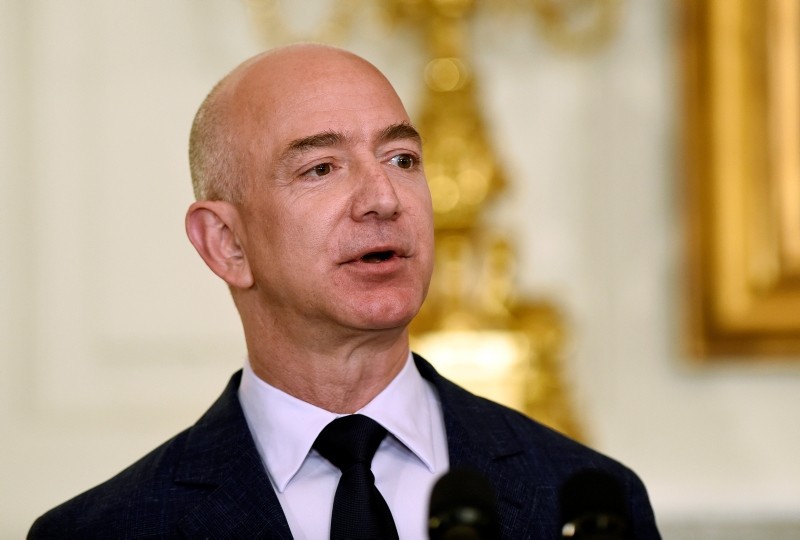 Amazon founder Jeff Bezos, the richest person on the planet, announced Thursday he was creating a philanthropic fund to help homeless families and launch preschools in low-income communities, committing an initial $2 billion.

Bezos made the announcement on Twitter a year after asking for ideas on how he could use his personal fortune – now estimated at more than $160 billion – for charitable efforts.

The "Bezos Day One Fund" created by Bezos and his wife MacKenzie will focus on two areas: helping "existing nonprofits that help homeless families" and funding "a network of new, nonprofit, tier-one preschools in low-income communities," he wrote.

Later, Bezos told a Washington gathering that the $2 billion was only a start and that he would likely expand his philanthropic efforts.

"I've seen small things get big and it's part of this 'day one' mentality," Bezos told an Economic Club of Washington dinner.

"The Day One foundation is going to be like that," he added, noting that the mission could evolve. "We'll wander a bit, too."

For the homeless, grants will be given to organizations "doing compassionate, needle-moving work to provide shelter and hunger support to address the needs of young families," Bezos said on Twitter.

The fund will also seek to launch and operate "a network of high-quality, full-scholarship, Montessori-inspired preschools in underserved communities," he wrote.

He told the Washington dinner later: "I'm very excited about that because I'm going to operate that."

Bezos said early childhood education is a critical area and that "the money spent there is going to pay gigantic dividends for decades."

He said the schools would "use the same set of principles that have driven Amazon" and that "the child will be the customer."

The $2 billion initiative, while significant, is far less than the philanthropic efforts of other billionaires including Microsoft's Bill Gates, who has donated tens of billions to his foundation, and Facebook's Mark Zuckerberg, who has pledged to donate 99 percent of his shares in the social media giant to an organization focused on public good.

It also falls short of the "giving pledge" initiative launched by Gates and billionaire investor Warren Buffett, who have encouraged wealthy individuals to pledge half their fortunes for philanthropy.

Bezos's fortune comes mainly from his stake in Amazon, the diversified online firm which briefly hit $1 trillion in market value this month and is the second most valuable company after Apple.

Despite his fortune, Bezos has not been a major philanthropic donor and Amazon has been criticized in its home of Seattle, Washington, for its perception as doing little to address problems of the growing homeless population.

Last year, he donated $33 million to fund scholarship for "dreamers," the name given to undocumented children of immigrants who face legal obstacles in attending college or university.

He has also made donations for cancer research and to Princeton University, his alma mater.

Bezos said he selected these two areas after getting thousands of ideas from an appeal he launched on Twitter last year.

"People are interested in trying to help the world in so many different ways," he said.

But declined to offer specifics on how much of his fortune he would donate, suggesting that he may address societal problems through philanthropy or profit-making businesses like his Blue Origin space firm.

Bezos's personal wealth has soared with the value of Amazon, whose stock price has doubled over the past year with its expansion into new sectors and geographies.

Launched in 1994 as an online bookseller, Amazon has become a retail powerhouse operating globally, and has expanded into streaming video, music, cloud computing and other segments, and last year acquired the Whole Foods grocery chain. Amazon's digital assistant Alexa has helped drive its hardware sales and is used on smart devices ranging from cars to refrigerators.