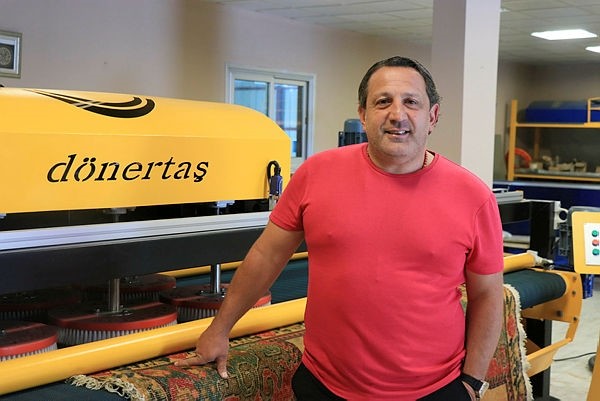 With his invention, Ayhan Yemyeşil, a self-made entrepreneur from Turkey's Izmir province, has paved the road to success, while contributing to the country's economy after branching out from domestic markets to sell his locally made products worldwide.

Yemyeşil's company has already begun exporting to Saudi Arabia, with his product already being utilized in many buildings in the holy cities of Mecca and Medina.

"First deliveries to India have already been successful," he said.

"Our first batch of products have been sent out. We are now preparing our second party. We will be exporting these in the next two months," he added.

The product has never received any complaints and was even sent to Sydney, Australia for a 45-minute service and maintenance, Yemyeşil said.

Hoping to branch out his company, Yemyeşil said that he would like to pursue investments in the Balkan region after having invested $500,000 in Albania.

He said that he is glad to contribute to Turkey's economy and that he will continue to support it by focusing on locally manufactured products.

"We believe Turkey will make a breakthrough very soon in the industry."

Turkey has emphasized the importance of choosing local products in order to bolster the economy since the U.S. declared an economic war on the country following the detainment of terror-linked U.S. pastor Andrew Brunson.