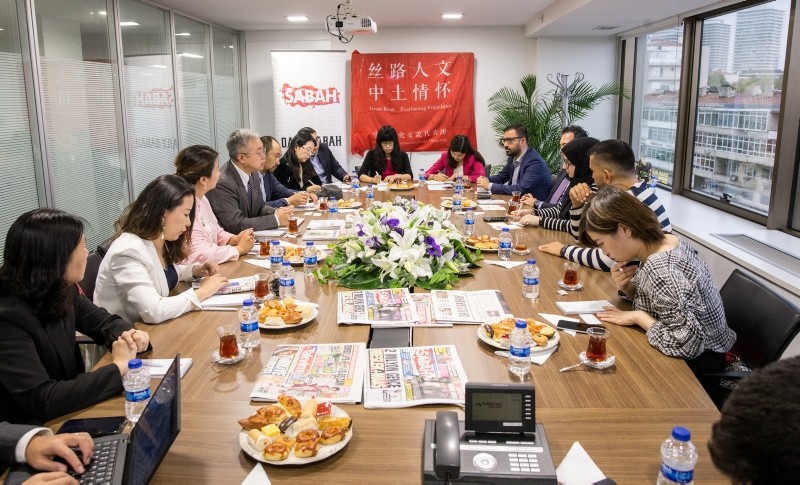 A Chinese delegation consisting of scholars, businesspeople and journalists paid a visit to Turkuvaz Media Friday and discussed bilateral relations with the Daily Sabah and Sabah Ombudsman, Daily Sabah and A News editors.

While exchanging views, the members of the Chinese delegation emphasized the importance China attributed to the development of new media in their country.

China's Central University of Finance and Economics Dean of School of Culture and Communications Pengju Wei stressed that Turkey's reputation in China is growing more and more. "We would like to establish really close relations with Turkey. In terms of cultural exchange, Turkey's importance and fame are spreading in China," Pengju said and added: "The interest of Chinese people in Turkey is growing. Turkish ice cream and Cappadocia are very popular among the Chinese. The young people of China are very keen to visit Turkey."

The Chinese delegation emphasized that new media is really important for the public and its impact on tourism continues to grow. Pengju also underscored that China wants to engage in more frequent cultural exchanges and establish tighter communication as cooperation with Turkey is deemed important.

Active users of new media in China have exceeded 770 million, which offers great potential to promote tourism because people who travel generally do research on the internet and decide their destination and arrange bookings. The Chinese people, therefore, regard new media as a very powerful tool to boost tourism promotion and cultural exchange.