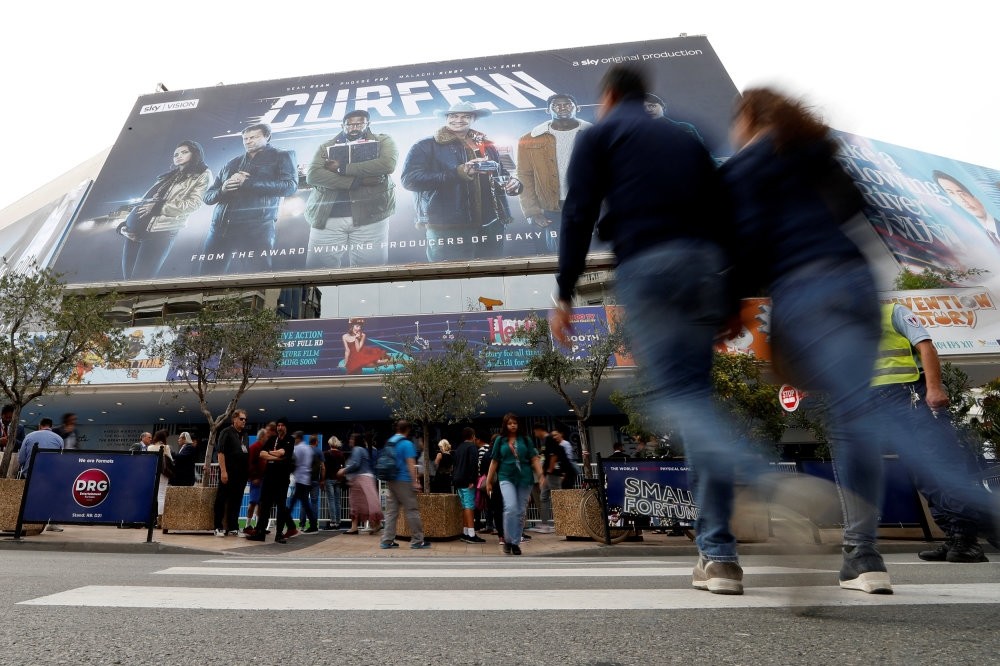 Aired around the world, Turkish TV series and productions are being showcased at the world's biggest television and entertainment convention MIPCOM, which is currently being held in France's Cannes

Turkish TV series and productions are being presented to 5,000 buyers from 110 countries at one of the leading series, film, content, TV and production fairs in the world, the International Market of Communications Programs (MIPCOM), which kicked off in Cannes, France yesterday.

According to the statement by the Istanbul Chamber of Commerce (İTO), a trade delegation has been organized by the chamber with the support of the Trade Ministry to attend the MIPCOM fair which is considered to be the most important stage of the sector.

The delegation includes 45 representatives from 30 distribution and production companies operating in the sector. Within the scope of Turkey's participation, a Turkish animation booth has been established for the second time at the fair where an area of bilateral talks has been created by the İTO. There are eight companies and 12 representatives of the animation industry at the fair booth.

A total of 14,000 senior sector representatives from 110 countries, 2,000 exhibitors, 5,000 formats and content buyers and 7,000 visitors are expected to attend the fair which will last until Oct. 18. In addition, a Film Action Plan for 2019 was prepared by the İTO with the subject headings of "Turkish Series Catalog," "Filming in Turkey Project," "Istanbul Film Market," "Five Film Fairs in Four Continents," "Cooperation with China and Russia," "Turkish Series Days" and "Streaming Sector."

Avdagiç expressed that a good series could be sold abroad for $400,000-$500,000 per episode, saying that a long-term series could make a turnover of over $50 million.

He pointed out that more than 4,100 imported series were released on TV and online platforms in the world in 2017, stating that Britain and the United States are the top two major exporting countries with more than 500 programs.

Indicating that Turkey is one of the top five countries exporting series via TV and online platforms, as well as the U.K., the U.S., France and Germany, Avdagiç said, "Even the countries we are competing with are showing the point we have reached."

According to the İTO Chairman, the study shows that Turkish productions constitute 25 percent of the fictitious TV programs that countries buy from abroad. Defining this as a tremendous success, Avdagiç stated, "Given that film buyers do not pay more than $10,000 for a U.S. series and Turks sell an episode for $60,000 in the same category, this is a great event. This is crucial if Turkish TV series are broadcast on prime time in South America."

He emphasized that İTO sees trade and culture as inseparable parts of a whole, saying, "In this sense, the entrepreneurial spirit of the Turkish people and the richness of the sector are meeting with international professionals in Cannes, where the world's most important entertainment content market is established under the roof of the İTO, and gives a great impetus to exports in the sector."

Indicating that the film and series sectors, which are defined as "soft power," make a positive contribution to the image of Turkey in the world and have become a leading sector, Avdagiç noted, "Turkish products enter countries where our way of life and consumption style becomes known predominantly through Turkish TV series. We are pleased to see that Turkish productions lock millions of people from Sweden to Costa Rica and from China to Spain, onto their TV, smartphones and computer screens. It is easy for our entrepreneurs to open up to the market in these countries, which are made ready by the series."

Highlighting that Turkish series are the most colorful screens in the world, he stated that a myriad of new Turkish series will be launched at MIPCOM and very nice and successful projects will soon meet with TV viewers. "That is why we have great expectations," he added.

According to the details of the subject headings in the 2019 Film Action Plan prepared by the chamber, İTO Film Sector Coordination Committee, which the Ministry of Culture and Tourism General Directorate of Cinema is a member of, a Turkish series catalog is being prepared. The catalogue will include information such as the name of the series, the number of episodes, the year of production, a brief review, ratings and the countries where they are watched. First, the digital version of the catalogue will be prepared.

Within the scope of the Filming in Turkey Project, at its first stage original photos and videos of more than 150 natural, cultural and historical attractions in 17 provinces that are suitable for filming, are being uploaded on the Filming in Turkey cinema portal. This will be a first in Turkey. The project is being carried out under the cooperation of the İTO and the Ministry of Culture and Tourism General Directorate of Cinema.

As for the Istanbul Film Market, a film market will be organized in Istanbul with a large international exhibition company that organizes MIPCOM in order to make the city one of the important centers of the film market. Within the framework of the Five Film Fairs in Four Continents, İTO brings together filmmakers with foreign producers and purchasing delegations at trade shows. Turkish productions will be presented at five film and production fairs in four continents in 2018 and 2019. These fairs are MIPCOM and MIPTV in Cannes, ATF in Singapore, Discop in South Africa and Natpe in the U.S.

Countries like Japan, Indonesia and Chile, where Turkish TV series are watched intensively, propose to organize "Turkish Series Days." Proposals will be evaluated in order to promote actors in these countries with the brands and products that they use and places where they live.

The streaming sector, which enables a film to be watched online without downloading it to a computer, is a long-term investment platform that is changing the entertainment industry. Within the subject heading of the Streaming Sector: İTO will support projects that will help Turkey to create platforms such as Netflix, Google, Amazon, Apple, YouTube and Alibaba.