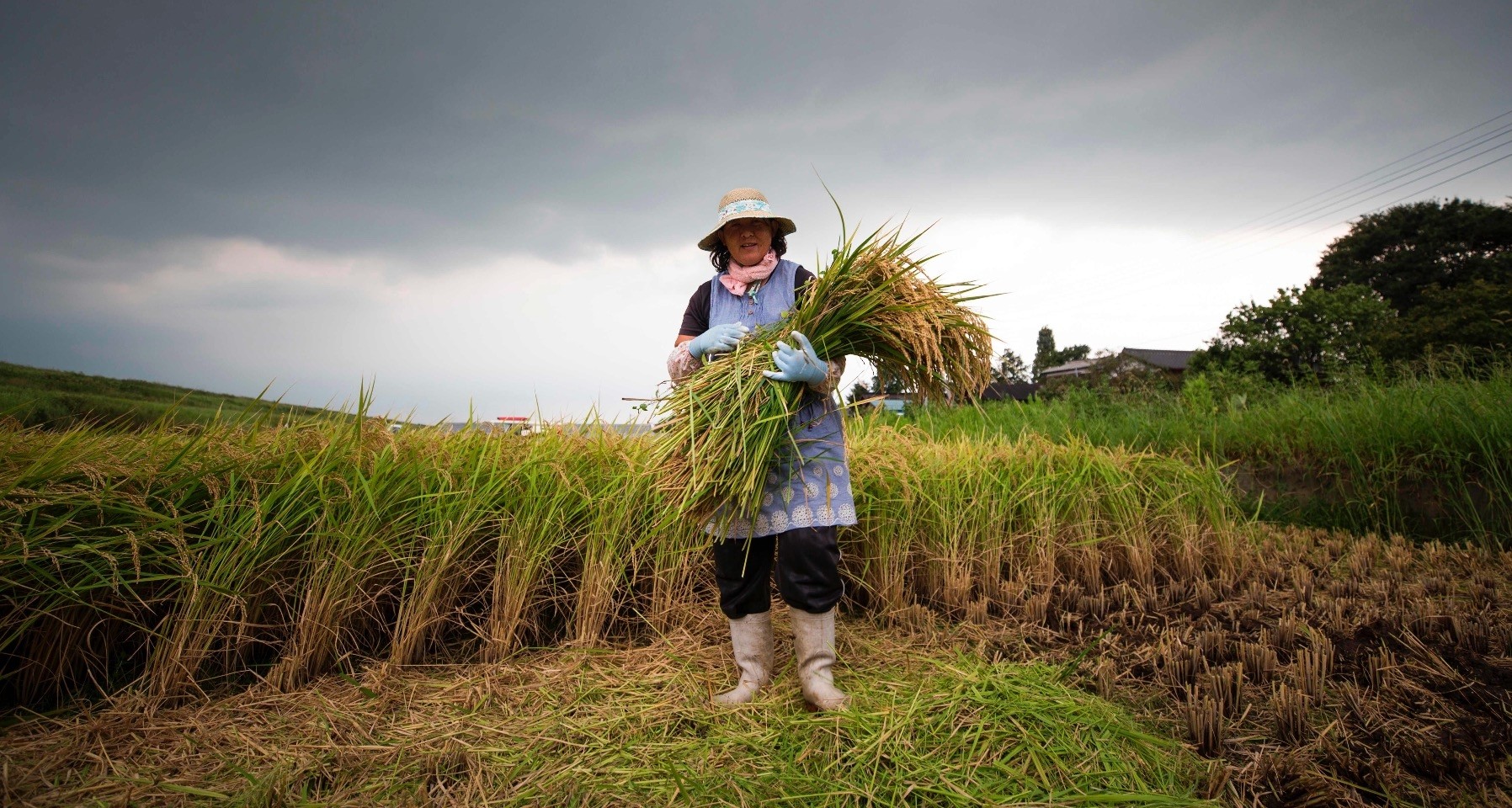 A crop once deemed so important it served as a form of currency, Japanese rice has fallen out of favor with younger, Westernized consumers, in a shift that has left ageing farmers struggling for survival

Rice consumption has nearly halved over the past 50 years, and as the older generation of Japanese farmers and consumers dies out, some fear the industry will be unable to hold its own in a competitive global market. Kazuo Ogura, a 66-year-old farmer, is one of the lucky ones. His son Yuichi decided to follow him into the family business. Ogura senior looks on proudly as his 38-year-old son uses a specially designed machine to plant this year's harvest, splashing through golden paddy fields that stretch as far as the eye can see. Surviving in this tough environment is all about "producing quality food at a reasonable price" and harnessing economies provided by large-scale production, Ogura told Agence France-Press (AFP).

The future of his establishment in Kazo, some 50 kilometers (30 miles) north of Tokyo, looks assured as Yuichi follows in his muddy footsteps but farms all over Japan are dying as farmers age - the average age of a rice farmer is now 67.

"I was the only one out of 220 students at my local school who went into farming," Yuichi said. "There are not many people in their twenties who go into farming."

Even existing farms have been forced to close when their machinery breaks down because farmers cannot afford to replace the costly equipment. "Machines get more expensive every year. To replace them requires a certain level of profit but that's difficult when you are farming a small plot," Yuichi said. The Oguras have managed to stay competitive so far by joining forces with two other families to farm around 100 hectares of rice fields - nearly 100 times the size of the average plot. They sell their rice - which belongs to the leading Koshihikari variety - at 300 yen ($2.66) per kilogram.

Although rice consumption in Japan has been falling for more than half a century, the crop's exalted status in Japanese culture - where it even serves a religious purpose in Shinto rituals - has ensured its survival until now. Generous subsidies aimed at controlling supplies and prices have made rice farming one of Japan's most protected industries, but Prime Minister Shinzo Abe's government scrapped the policy this year, urging farmers to become more competitive.

Japanese agriculture is "at a turning point," Ken Saito, who was farm minister until a reshuffle this month, told reporters.

"Farmers have to think about producing food that sells. More than ever, they have to be attuned to the market," he added.

And as Abe prepares for potential trade negotiations with U.S. President Donald Trump, analysts say he may have to concede some ground on agriculture, which could include Japan's customary high tariffs on imported rice, in order to avoid getting whacked with US duties on automobiles and other key exports. But even a surge in cheaper imported varieties of rice is unlikely to shift the palates of Japanese consumers, who generally prefer their home-grown, short-grain variety to foreign versions.

Fewer Japanese people are eating rice in general, with annual per capita consumption dropping to 54.6 kilograms (120 pounds) in 2015, less than half of its 1963 peak of 118.3 kilograms, according to the farm ministry.

Mitsuyoshi Ando, an agriculture expert at the University of Tokyo, said there was "no bright future" for the industry. "Rice farmers need to improve their competitiveness. Large-scale production is also necessary," Ando told AFP.

But it is difficult to achieve economies of scale in mountainous areas - where 40 percent of farming takes place - because of geographical limitations preventing farmers from expanding their plots, he added. And with subsidies set to wind down, "the number of farmers who can survive will be limited as rice consumption will never increase again."