Gayrettepe-Istanbul Airport metro to be completed by end of 2019: transport minister 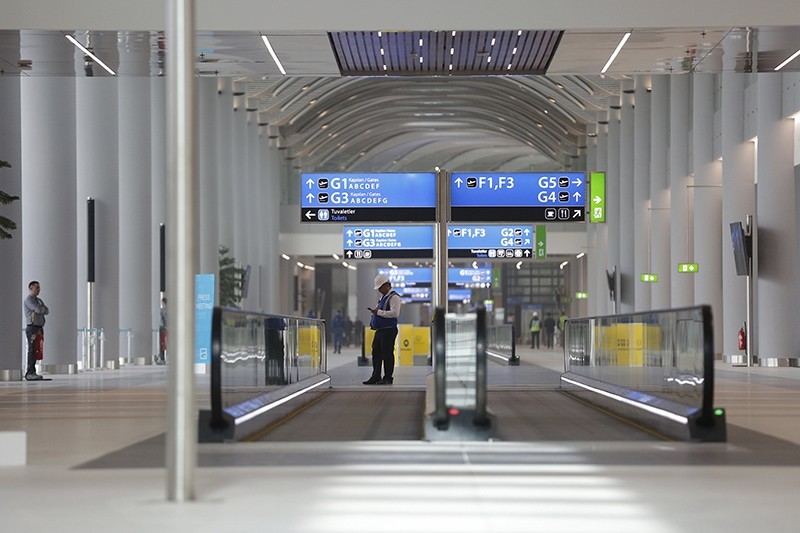 The metro line stretching between Istanbul's financial district of Gayrettepe and the new Istanbul Airport will be completed by the end of 2019, Transport and Infrastructure Minister Cahit Turhan said Monday.

The line – which will be 37.5 kilometers (23.3 miles) long and include nine stations – is already 23 percent complete, Turhan said during a presentation on the ministry's 2019 budget before the Grand National Assembly of Turkey's (TBMM) Planning and Budget Commission.

Turhan said the 27-kilometer (16.7-mile) Istanbul Airport-Halkalı line consisting of six stations is set to be completed in 2020.

In the meantime, passengers will be able to reach the airport using Istanbul Metropolitan Municipality (IBB) buses.

The Transport and Infrastructure Ministry aims to increase its budget by 26 percent this year, Turhan said, highlighting its current projects which have added 281,000 jobs to the Turkish economy.

The ministry's most notable infrastructure projects include Kanal Istanbul, the "Iron Silk Road" commercial rail project, the ever-expanding high-speed train network and the Three-Level Grand Istanbul Tunnel – which will be the world's first integrated highway and metro line.

During the rule of successive Justice and Development Party (AK Party) governments since 2002, the number of airports in Turkey increased by 115 percent, terminal capacity by 486 percent, flight paths by 59 percent, aircraft number by 219 percent and international flights by 427 percent, Turan said. Cargo capacity also increased 550 percent, he said.

Istanbul Airport, which officially opened on Oct. 29, will eventually replace Atatürk International Airport as the main flight hub in country's most populated city.

The airport will have an annual passenger capacity of 150 million once the last of four expansion stages is complete but could eventually be expanded to handle 200 million annual passengers in the coming years.

It is expected to generate more than $15 billion in revenue for the Turkish economy and create more than 225,000 jobs.