Construction of giant project Canal Istanbul to begin in 2019 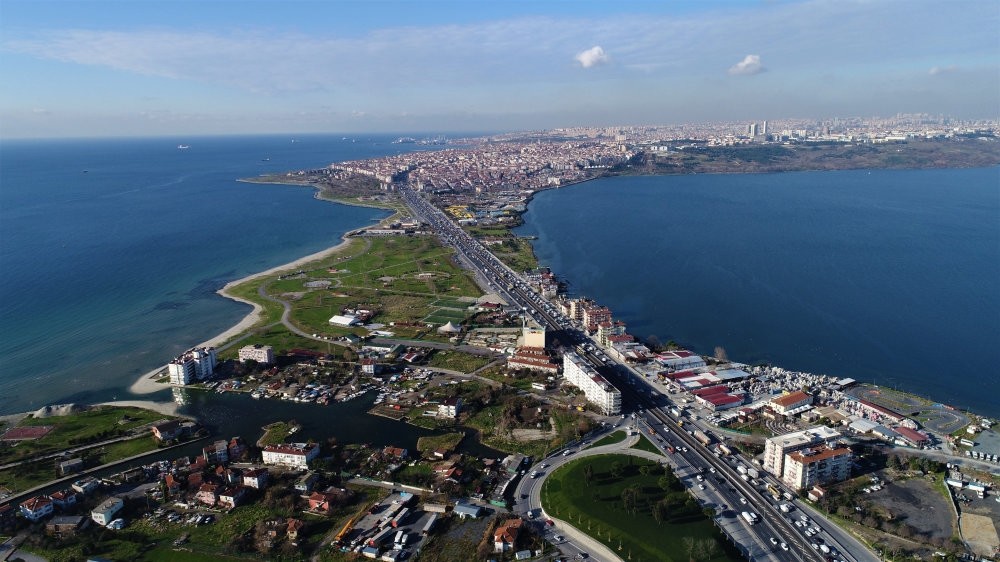 Turkey plans to launch the construction of the artificial sea-level waterway Canal Istanbul in 2019, the transport and infrastructure minister said yesterday.

"Construction of Canal Istanbul should not be delayed till 2020, we hopefully will start it in 2019," Cahit Turhan told Anadolu Agency (AA) in the capital Ankara.

Turhan said 10 bridges are planned to be built as part of Canal Istanbul project – an artificial waterway that will connect the Black Sea to the Sea of Marmara and the Mediterranean. The project is scheduled to be complete by 2023, marking the centennial of the Turkish Republic.

The planned canal is meant to provide relief to shipping traffic between the Black Sea and the Sea of Marmara, particularly oil tanker traffic passing through the Bosporus.

The 45-kilometer (nearly 28-mile) canal, which will be built in Istanbul's Küçükçekmece-Sazlıdere-Durusu corridor, is to boast a capacity of 160 vessels a day.

The Canal Istanbul project is described as one of the visionary projects in Turkey, Minister Turhan said the project will boost Istanbul's brand value and bring a solution to the pressing problems created by Bosporus traffic.

Bosporus traffic see problems occur in the intracity transportation, tourist visits and the passage of international trade vessels as required by the Montreaux Convention, the minster added and drew attention to the incidents. Therefore, the Bosporus is the most difficult sea route to pass through. The canal is expected to have capacity for 160 vessels a day.

Under the 1936 Montreux Convention merchant ships can cross the Bosporus unhindered. At the time of signing the agreement, only 3,000 ships made the passing annually, but that number has reached 50,000 today and is estimated to reach 65,000 in 2030, and 100,000 in 2050. An additional 2,500 vessels, including city lines and fishing boats, also operate in the strait.

Five different routes have been analyzed for the construction of Canal Istanbul project and the most suitable destination was determined between Küçükçekmece and Yeniköy, a district located along the Bosporus.

Canal Istanbul's route will start from the line that separates the Marmara Sea from Küçükçekmece Lake. It will run toward Sazlıdere Dam Basin through the districts of Altınşehir and Şahintepe before reaching the Black Sea from the east of Lake Terkos near Terkos and Durusu. The project area will be within the boundaries of Arnavutköy (28.6 km) Küçükçekmece (7 km), Başakşehir (6.5 km) and Avcılar (3.1 km).

Currently, the project involves six bridges, one of them being a railway. The minister stated that four more bridges will be built as part of the project.

Minister Turhan stressed that not only Chinese businesspeople are interested in the project, but also investors from various parts of the world are visiting Turkey to acquire more information about Canal Istanbul, expressing their plans to participate in the project. According to previous reports, South Korean construction giants who have built various projects in Turkey are also interested in bidding for the project.

The construction of Canal Istanbul will be carried out within the scope of the build-operate-transfer (BOT) model, with the task assigned to the Transport and Infrastructure Ministry.

According to the latest plan, the canal will be 45.2 kilometers long through Istanbul's Avcılar, Küçükçekmece, Başakşehir, and Arnavutköy districts.

Recently, Turkish authorities decided to cut the width of the planned canal from 400 meters to 275 meters, a move that would reduce the cost of the TL 65 billion ($14.19 billion) project by more than half to TL 30 billion.