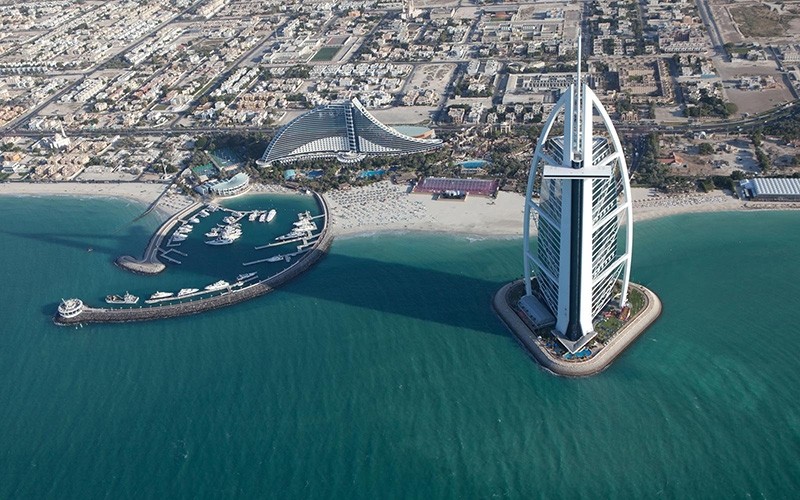 Dubai, which grew from the desert into a glittery metropolis nearly overnight, isn't the booming business hub that it used to be.

Despite the ongoing rapid construction of new high-rises, the city is lacking a sustainable influx of expatriates, as foreigners head elsewhere amid rising costs of living and doing business.

For over two decades, Dubai prospered as one of the world's most international cities, attracting people and capital from across the globe.

Nine years ago, it needed a $20 billion bailout from oil-rich Abu Dhabi to escape a debt crisis caused by collapsing property prices. Dubai's economy roared back and has grown by a third since then, buoyed by foreign trade, tourism and its status as the main regional hub for business services.

Now, however, Dubai is hitting another rough patch. Residential property prices have dropped by more than 15 percent since late 2014 and are still falling. The stock market is showing the weakest performance in the region, at its worst since 2008.

The falls may be temporary, the result of an economic slowdown in the Gulf caused by low oil prices. But other figures suggest some of Dubai's traditional growth engines are losing steam, which could mean a long-term slump.

Jim Krane, energy fellow at Rice University in Texas and author of "City of Gold: Dubai and the Dream of Capitalism," said the emirate faced structural challenges including an increasingly tough geopolitical environment.

In the past, Dubai thrived by keeping cordial relations with every country in the region, accepting trade and investment from all of them.

That has become impossible. Last year, the United Arab Emirates, Saudi Arabia and other countries cut diplomatic and transport ties with Qatar, ending Dubai's role as a base for business with the small but super-rich country.

Goods that were once shipped to Qatar via Dubai now move via other countries, such as Oman or India; multinational firms use their European or U.S. offices, not their Dubai operations, to handle business with Qatar.

Tales of Qatari citizens being forced to leave the UAE upset firms conducting business in the region from Dubai-based headquarters, as some feared having to pick sides.

Growth in passenger traffic through Dubai's international airport has fallen to near zero this year, after 15 years of strong increases. Increasingly long-range aircraft may loosen Dubai's dominance as a travel hub connecting Asia and Europe.

Official data shows Dubai's population continuing to expand, by 3.5 percent to 3.08 million in the first half of 2018. But most growth in recent years has been in lower-paid construction and services jobs, not in higher-paid white-collar posts.

"Perhaps the era when one could move to Dubai to make one's wealth is passing," Hasnain Malik, Dubai-based global head of equity research and strategy at Exotix Capital, told Reuters in July.

He said the city was increasingly attractive as a base for rich people from around the world who wished to enjoy their wealth.

But it is not clear that Dubai's transport industries and business zones can continue growing fast enough to attract, and retain, the number of foreign white-collar workers needed to support demand in its real estate market, Malik said.

In what Bloomberg has called "a slow bleed," higher cost of living is pushing expats, the lifeblood of the city, to disperse.

Dubai is now ranked the 26th most expensive place for expats to live, according to New York-based consultant Mercer, up the list from 90th place in 2013.

"Dubai is very expensive when you have a family," 38-year-old bond trader Donovan Schram told Bloomberg. After eight years in Dubai, he moved back to his native Cape Town with his wife and children. He cited "a culture of paying upfront for everything from rent to school."

Slumping profits led to "massive layoffs" across sectors in 2015 and 2016, with few indications companies will be able to return to growth levels of 2013, head of Middle East business at Mercer Nuno Gomes told Bloomberg.

Much of this year's growth is due to a big rise in state spending as Dubai builds infrastructure to host the Expo 2020 world's fair; its 2018 budget soared 19.5 percent from 2017 to a record 56.6 billion dirhams ($15.4 billion). However, the government cannot keep boosting spending at that speed indefinitely.