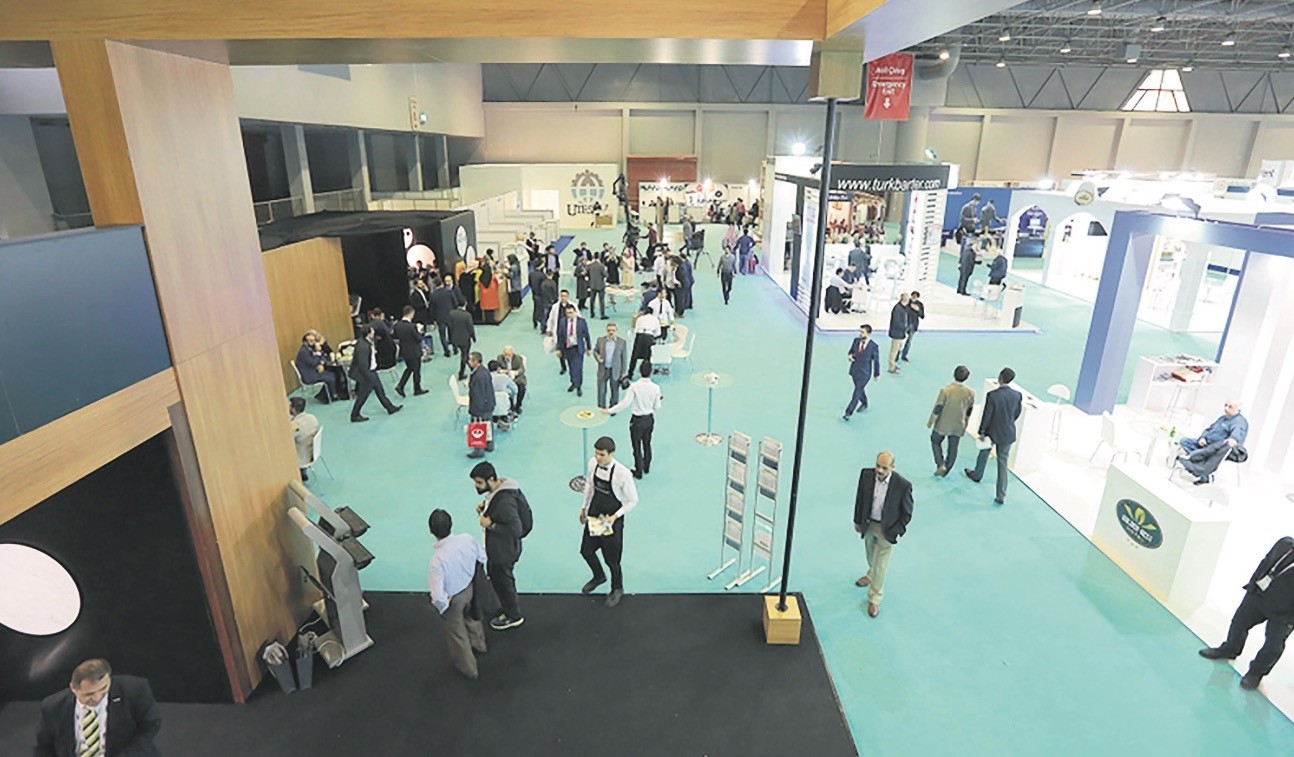 Businesspeople from around the world have arrived in Istanbul to attend the 17th Independent Industrialists and Businessmen's Association (MÜSİAD) EXPO, seeking new investment opportunities in innovative projects

The 17th EXPO organized by Turkey's Independent Industrialists and Businessmen's Association (MÜSİAD) hosts international businesspeople, investors and statesmen from 140 countries and provides an environment to discuss the future of the economy on the local, regional and global axes.

The 17th MÜSİAD EXPO is an event that offers international business opportunities and is a platform where industrialists who strive to boost production are able to display their projects.

While the event kicked off yesterday with the launch of the International Business Forum, it officially begins today and is scheduled to run until Nov. 24. The expo also welcomes approximately 400 purchasing delegations from 140 countries and will host more than 8,000 business-to-business (B2B) meetings.

MÜSİAD Chairman Abdurrahman Kaan said the expo will host around 10,000 businesspeople and will present concrete projects for Turkish and foreign businesspeople. The first project of MÜSİAD, Kaan said, is the Mass Industrial Administration (TOSİ) for which legal infrastructure has been drawn up.

"The interest the MÜSİAD EXPO receives every year demonstrates the strength of the Turkish economy. The global economy is on the eve of new initiatives. The Middle East, Asia and Africa will overcome the bottleneck with a high production economy," Kaan said.

"The MÜSİAD administration has also rolled up its sleeves to seek partners for factories that will generate power out of biogas and produce organic fertilizer as well as a $12 million plant which will locally produce imported chemical raw materials. TOSİ will be the first project that we are going to introduce at the fair. One of the fundamental problems of small- and medium-sized enterprises is the inability to find new and big workshops; they are confined in 80 to 100 square meter areas. TOSİ aims to allocate production areas with a size up to 500 to 2,000 square meters," he said.

The project offers a system called medium-sized industrial corporation and it does not bear any debt on investors. The first investment as part of TOSİ will be made on a 42-decare area in the northwestern Marmara province of Tekirdağ. Kaan also a

dded that the project will continue with the addition of 160-decare land and will be spread to 81 provinces across Turkey.

One of the aims of the MÜSİAD administration is to draw local and foreign investors to its Venture Capital Fund which currently has TL 100 million ($18.62 million). The fund aims to provide financial resources for technology and agricultural projects, the MÜSİAD head explained. Another interest-free finance system established under MÜSİAD, called Cooperative Finance System, has already started to see the formation of new partnerships. The first project the fund will finance is the production of polyol, a raw material used in the insulation of refrigerators, Turkey imports 266,000 tons of polyol each year.

As part of the 17th MÜSİAD EXPO, the High Tech Port, a fair that brings together the leading names of defense and aviation industries, will also be organized. For the first time this year, the fair will unveil an unmanned marine vehicle.

On the last day of the expo, the 6th International Young Businessmen Congress (UGİK) will also be held. The event will discuss digital currency, innovation and incorporation in addition to professions of the future in a transforming world under the headline of "Youth, Entrepreneurship and Information Economy."

Kaan also stressed that the organization pays attention to macroeconomic issues such as the current account deficit and high inflation while designing concrete projects that will contribute to Turkey's fight to administer these problems. One such project is a biogas and mineral production plant. With the biogas project, the organization aims to generate power from animal waste. A plant in Gönen, a southern Marmara district, generates 3.2 megawatts (MW) of electricity from biogas, Kaan explained. As an extension of this project, a 6 MW biogas power plant will also be established. This investment, he added, will decrease fertilizer imports and generate power, hence the prices of fertilizers will be reduced, decreasing the costs of agricultural production.

The biogas and organic fertilizer project will be spread to all Turkish provinces and it will prevent $128 million in natural gas imports and $400 million in fertilizer imports in addition to creating 5,000 jobs.

Under MÜSİAD's roof, a real estate stock market was established on May 30 with the aim of ensuring sustainable growth in the real estate sector and boosting the sector's contribution to the Turkish economy. The stock market, Kaan explained, aims to make Turkey a global real estate center, deepen financial markets, increase the operational structure of the Islamic financial instruments, generate finance for megaprojects without raising public debt and support local companies.