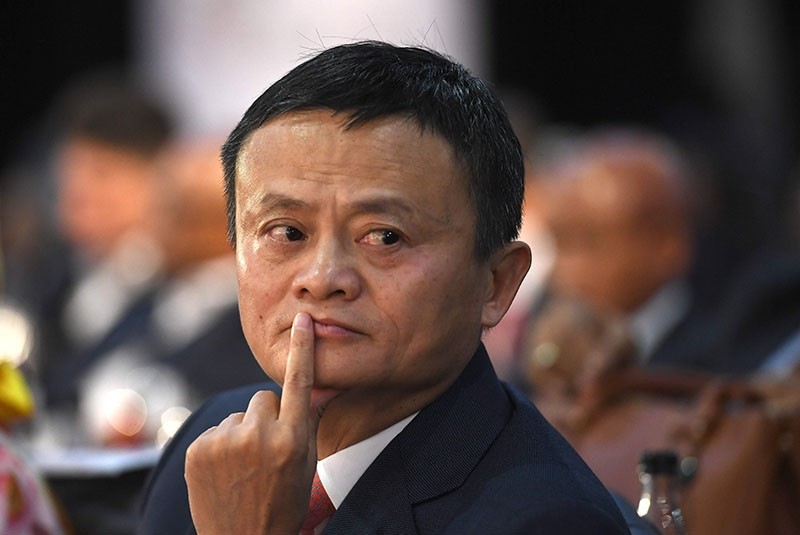 This photo taken on October 26, 2018 shows co-founder of China's Alibaba Jack Ma gesturing as he attends an international investment conference in Johannesburg. (AFP Photo)
by Nov 27, 2018 12:00 am

Jack Ma, founder of Chinese tech giant Alibaba, is among the world's richest people but he has now emerged as a member of another club: China's 89-million-strong Communist Party.

The billionaire's Communist bona fides were revealed by the People's Daily, the party's official mouthpiece, in an article praising contributors to China's development.

He is not the first nor likely the last Chinese super-rich capitalist to join the party, which counts property titan Xu Jiayin and Wanda Group founder Wang Jianlin among its billionaire members.

But Ma's membership had not been known until now as China's richest man had previously suggested that he preferred to stay out of politics.

In Monday's article, the People's Daily said Ma was a party member who has played an important role in pushing China's Belt and Road global trade infrastructure initiative -- a pet project of President Xi Jinping.

He has also been honored as one of the "outstanding builders of socialism with Chinese characteristics in Zhejiang Province," where Alibaba is based, the daily said.

Joining the party can be helpful to private businessmen and women in the country as they navigate a complicated business environment where the state-led economy dominates many industries and private business can be unwelcome.

Xi has renewed a push to expand the Communist Party's influence in private business, requiring any company with more than three party members to set up a party cell, or lacking numbers, join with nearby firms.

"We must do a good job in the education and management of party members and guide them to play an active role," Xi told officials in Shanghai earlier this month, noting the increase in private employment and new types of employment.

Xi is pushing to further intertwine the party and business, with the latest rewrite to the rules for party organizations published Sunday by official news agency Xinhua.

In private companies party cells should "guide and supervise the enterprise to strictly abide by national laws and regulations," the draft order says, according to Xinhua.

Ma did not reveal his Communist Party membership in paperwork filed for Alibaba's 2014 initial public offering on the New York Stock Exchange. It is not known if Ma was a member at the time.

Ma -- who announced in September that he would step down as head of Alibaba next year -- has previously indicated he preferred to keep the Chinese state at arm's length.

"My philosophy is to be in love with the government, but never marry them," he said at the World Economic Forum in Davos in 2007.

But party members must hold up their right fist and recite an oath upon joining.

"Be loyal to the party, work actively, fight for communism all one's life, always be prepared to sacrifice everything for the party and people, and never betray the party," they recite.