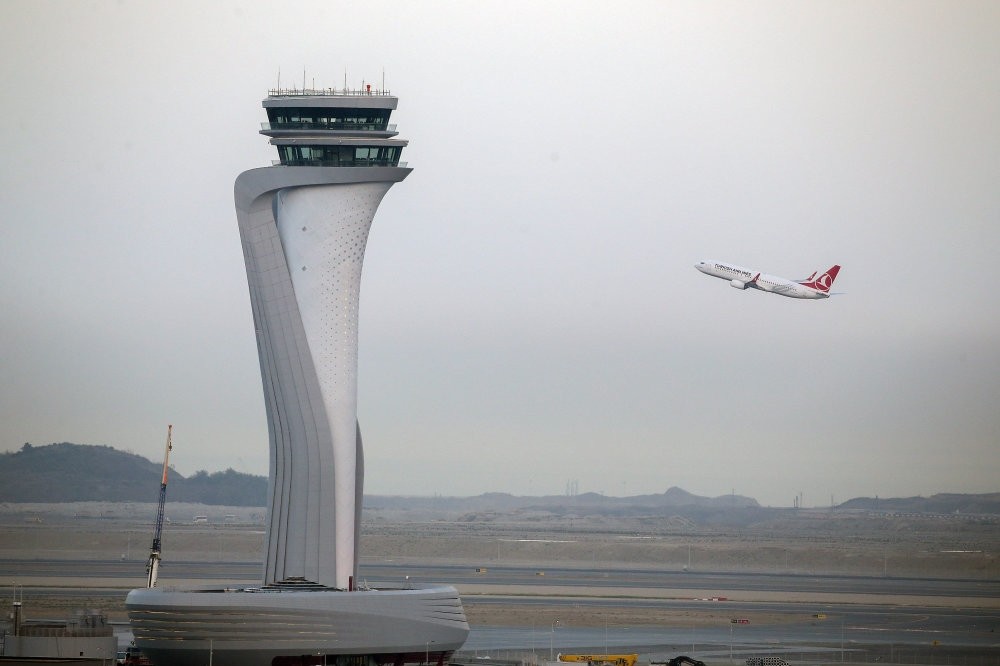 Airports Council Internationalu2019s report revealed that Turkey has become the country that expanded its flight network the most by boosting the countryu2019s connectivity by more than 534 percent in the last decade.
by daily sabah Dec 06, 2018 12:00 am

The tremendous growth of Turkish civil aviation in the last decade has been marked in a great number of global sectoral reports. Recently, the report of Geneva-based organization Airports Council International (ACI), covering the period of 2008-2018, demonstrated that Turkey has become the country expanding its flight network most by boosting the country's connectivity by 534 percent. The report analyzing the aviation developments across the world in the last decade showed that the number of Turkey's destinations increased by 191 percent while the number of indirect destinations recorded a 130 percent rise.

Turkey's airports currently fly to 305 destinations in 123 countries around the globe. According to the ACI report, Turkey's connection to global airports also surged 157 percent.

The Geneva-based ACI has 176 countries and nearly 2,000 airports in its membership portfolio. When the connectivity boosts of the first five European airports are examined, Istanbul's Atatürk Airport has been observed to have increased the number of its destinations by 104 percent in the last decade while indirect destinations of the airport recorded 65 countries and the rate of connectivity surged by 81 percent, according to ACI.

Commenting on the results of the ACI report, Transportation and Infrastructure Minister Cahit Turhan said that Atatürk Airport became one of the top five airports in Europe with its increasing connectivity.

"Our efforts to make Istanbul a global aviation hub continue and we have crowned our work by opening the world's largest airport on Oct. 29," the minister said and adding that "as a result of our efforts, Atatürk Airport has increased its global layover frequency by 492 percent in the last 10 years."

Istanbul Airport, which opened its doors to travelers on the 95th anniversary of the Turkish Republic, is unprecedented in terms of passenger capacity and flight network. It is expected to serve 200 million passengers annually by 2028 when all the facilities of the project are completed. The aim is to reach 350 destinations with more than 140 airports operating at the new aviation hub.

Moreover, the number of destinations reached from Istanbul's Sabiha Gökçen Airport on the Anatolian side rose by 929 percent from 2008 to 2018 - making it the airport that expanded its flight network the most in Europe. It was followed by Antalya Airport with a 226 percent growth in its flight network.

According to Minister Turhan, Ankara's Esenboğa Airport and İzmir's Adnan Menderes Airport expanded the number of their direct flight destinations by 169 percent and 131 percent, respectively.

Turhan emphasized that all of the airports in Turkey increased their direct and indirect connectivity by 150 percent in the last decade. Citing the report, the minister emphasized that the report proves the success story of the Turkish aviation sector and highlighted Turkey's commitment to developing a safe and competitive aviation industry with continued infrastructure investments.