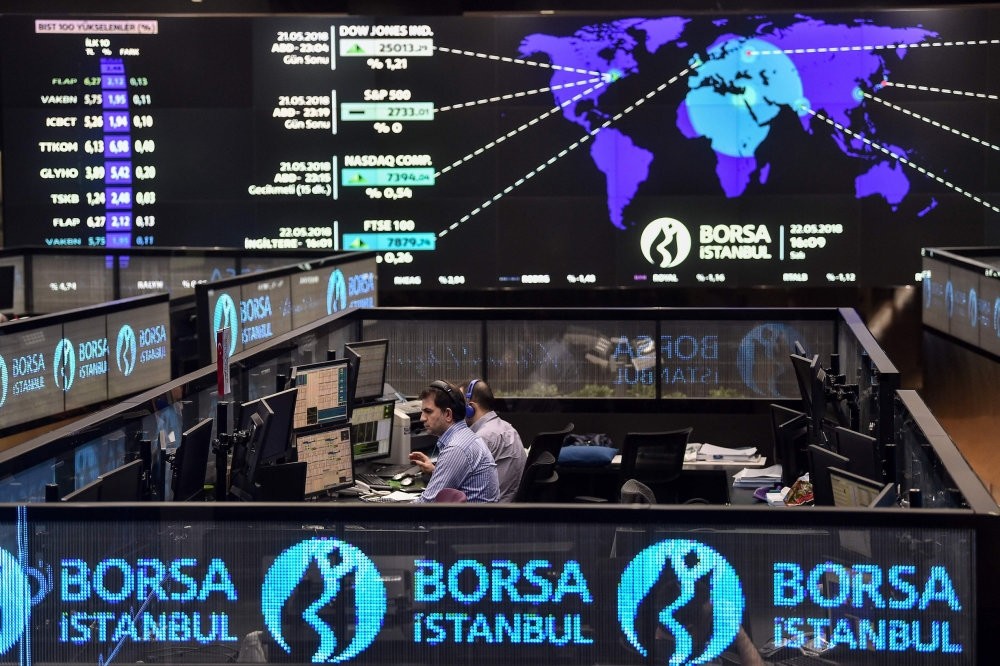 The heavyweights of Turkish football, Fenerbahçe, Beşiktaş, Galatasaray and Trabzonspor, are not having a good season this year in Turkey's top-tier Spor Toto Super League. The big four, whose shares are traded on the Istanbul Stock Exchange (BIST), have now come to the fore with not very impressive performances on the stock market.

According to compiled data, the sports index on the Borsa Istanbul was devalued by 0.2 percent in November.

Beşiktaş generated the highest return to its investors with 4.1 percent. Analysts noted that Beşiktaş's achievements in the domestic league and Europe reflected positively on its performance in the stock market.

Galatasaray's shares, on the other hand, dropped by 0.8 percent in November.

Meanwhile, Fenerbahçe maintains its unsuccessful league performance in the stock market as well, lagging behind among the four major clubs with the most revealing figures in November. Fenerbahçe's shares saw a decline of 4.3 percent last month.

Trabzonspor, on the other hand, brought a loss of 2.2 percent to its investors. Despite Trabzonspor generating a return of 6.6 percent to investors after winning against Fenerbahçe in the last week of November, this was not enough for shares to rise on a monthly basis.

Given the first 11 months of the year, Fenerbahçe again took the lead in bringing the highest loss to investors, a decline of 58.3 percent, followed by Beşiktaş with 56.9 percent, Galatasaray with 41.8 percent and Trabzonspor with 41.3 percent.

As of the end of November, Fenerbahçe holds the highest market value among the four major clubs, closing the month with TL 672 million (approximately $125 million), followed by Galatasaray with TL 653.4 million, Beşiktaş with TL 422.4 million and Trabzonspor with TL 129 million.