More THY destinations in Africa means more business with continent 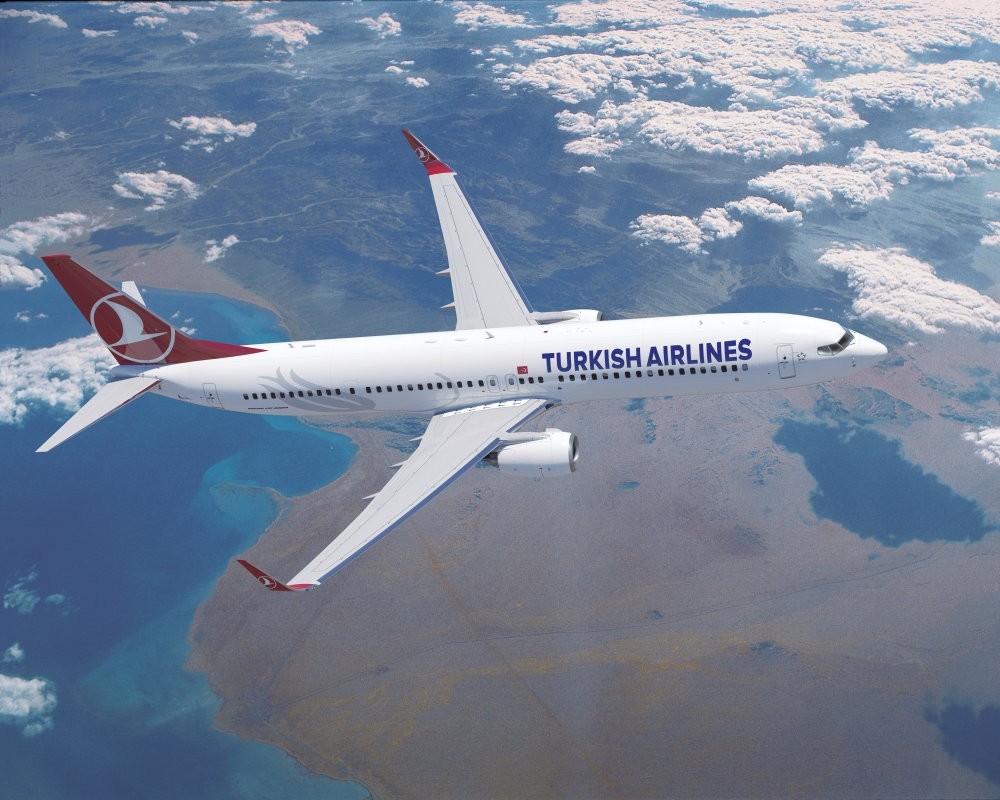 The number of projects undertaken by Turkish contractors in Africa has surged by 84 times compared to 2002, exceeding $64 billion. Turkish Airlines (THY) flying to 55 cities in 37 African countries was identified as one of the main reasons behind the rise.

The Turkish flag carrier will soon launch flights to eight more destinations on the continent, which has experienced the highest increase in passenger numbers. The move is expected to further boost the number of Turkish businessmen doing business on the continent.

In the 11 months of the year, the occupancy rate on THY flights to Africa increased six points to 77.6 percent, compared to the same period last year. Flight to the African continent saw the highest increase in terms of occupancy rate.

In the January-November period, the number of passengers increased by 15 percent to 3,224,734. In addition, THY's cargo and mail transportation to the African continent soared by 27.8 percent, reaching 108,896 tons.

With THY flights, the number of Turks doing business on the African continent as well as the number of Turkish projects has been on the rise. The projects undertaken by Turkish contractors across the continent skyrocketed to $7 billion in 2017 from $769 million in 2002. The contracting projects undertaken by Turkish businessmen on the continent surged some 84 times compared to 2002, exceeding $64 billion. The number of trade counselors, who are the biggest supporters of Turkish business people in Africa, rose to 26 in 2017 from just four in 2002.

Tamer Taşkın, Turkey's honorary consul general in South Africa and the head of the Africa Region at the Foreign Economic Relations Board (DEİK), recently attended a conference titled "Potential Continent Africa." Speaking at the conference, organized by the Department of International Trade and Business Administration of Istanbul's İstinye University, Taşkın said that Turkey's relations were limited to North Africa until 2005, but relations have gained momentum with the dynamism in the contracting industry.

He added that Turkish industrialists are doing more business in Africa today due to two main factors. "One of them is our embassies. The number of our embassies across Africa has exceeded 43 from just nine in 2002. Our embassies maintain political and commercial relations. The second is THY, which will add Zambia to its destinations list next week."

Underlining the fact that THY connects Turkish business people to all African countries, Taşkın said: "What we need from now on is a banking system. We should have a banking system so as to not pay commissions to other countries for our transactions."

He stressed that Turkey should further develop its political relations and bilateral trade agreements with the region. "There is great potential in Africa and Turkish goods are very popular here. This year, we have reached $170 billion in worldwide exports, with 50 percent of it going to Europe. Our image in Africa is 'European quality for Far Eastern prices.' This is something that cannot be achieved with money. So, we see great potential and are trying to promote Africa. We are striving to erase the African image we see on television and encourage more people to go there, find the right partners, trade and invest."

Taşkın added that they are training young university students. "There are many foreign students at our universities in Turkey. These foreign students are our future. We must train them. They need to speak Turkish and do internships in our factories. When they return to their countries, they can serve as our sales channel, export managers and even our partners. For this, we need to see foreign students in our country as our future and train them well."

İstinye University International Trade and Business Administration Department Head Gülsüm Gökgöz said: "Africa is a far continent in terms of geography and perception and we do not really know about life, culture and standards there. For Turkey, it is an important market with a booming economy. The main goal of Tamer Taşkın, who is our guest today, is to encourage our students in terms of entrepreneurship, introduce opportunities in the African market, give clues on how to open up to Africa and guide them through his own experiences."