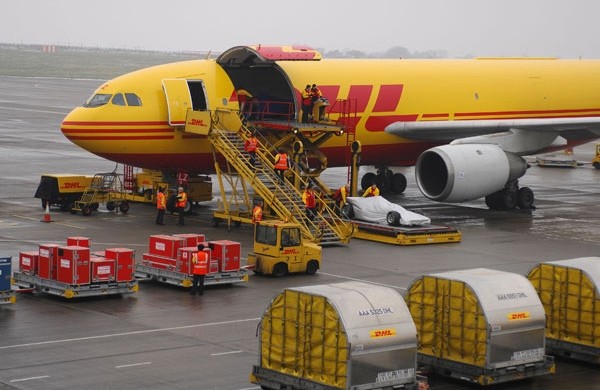 German logistics giant DHL is planning to concentrate more on Turkey's e-commerce sector, as it considers the country an important regional hub to fuel growth in the Middle Eastern and European markets. DHL Express Vice President of Global Sales Programs, Leendert Van Delft, said that the operations center DHL will set up at Istanbul Airport will form the first step of this plan. He was speaking at the "DHL International Cross Border eCommerce Summit," organized by the World eCommerce Forum at the Istanbul Congress Center.

Van Delft said that speed is the most important competitive element in e-commerce. "Turkey is at the meeting point of Europe, Africa and Asia. We can move to many points in the Middle East and Africa more quickly through Turkey. This makes Turkey a very important country for us, and we are working to make it a regional hub," he said.

"As we explained earlier, our operation center at Istanbul Airport will be the first step in that direction. They regard Turkey as a shining star, but I think it is not just a shining star, but a rapidly rising star. Today, when you look at the world, everyone speaks of the U.S. and China as e-commerce markets. But in the case of Turkey, you are not at the initial phase of this journey, but you have actually moved from the infancy to the stage of walking. It is time for Turkey to run now," he added.

Van Delft made a presentation titled "Maximize Your Potential" at the event. He said that the international e-commerce market has been growing rapidly and that it will triple to $1 trillion in 2020 in comparison to 2015, indicating that consumers' behaviors and expectations have changed swiftly. "Nowadays, consumers want to buy everything according to their demands, regardless of time and place. We live in an 'Era of Urgency.' In a world where people can call a taxi within a couple of minutes and download a film in seconds, they want their products to reach their hands almost yesterday," he noted.

"In such a period, shipping options are gaining importance to achieve competitive advantage in global e-commerce. Today, 74 percent of consumers think that the ease of accessing the product is the most important point in their shopping. The percentage of those who leave without shopping due to limited delivery options is 45 percent."

Boğaç Özhan, vice president of Sales at DHL Express Turkey, pointed to the rapid growth in e-commerce. He said that DHL's share in e-commerce global deliveries is currently around 29 percent, which is projected to reach 40-50 percent in 2020. "The share of e-commerce deliveries, which stood at 5 percent in 2016, rose to 10 percent in January 2018 and 15 percent in November 2018. Our expectation from 2020 is to achieve 25-30 percent," Özhan said. He added that businesses looking to achieve international e-commerce success should pay attention to choosing the right partners. Özsan mentioned a number of points as the golden rule, including, accurately reflecting the brand, providing superior service quality, evaluating customer data correctly, analyzing customers' purchasing journey properly, giving importance to security and making sure that customers feel safe, interacting with the target audience on social media, highlighting the products and opening to international markets.