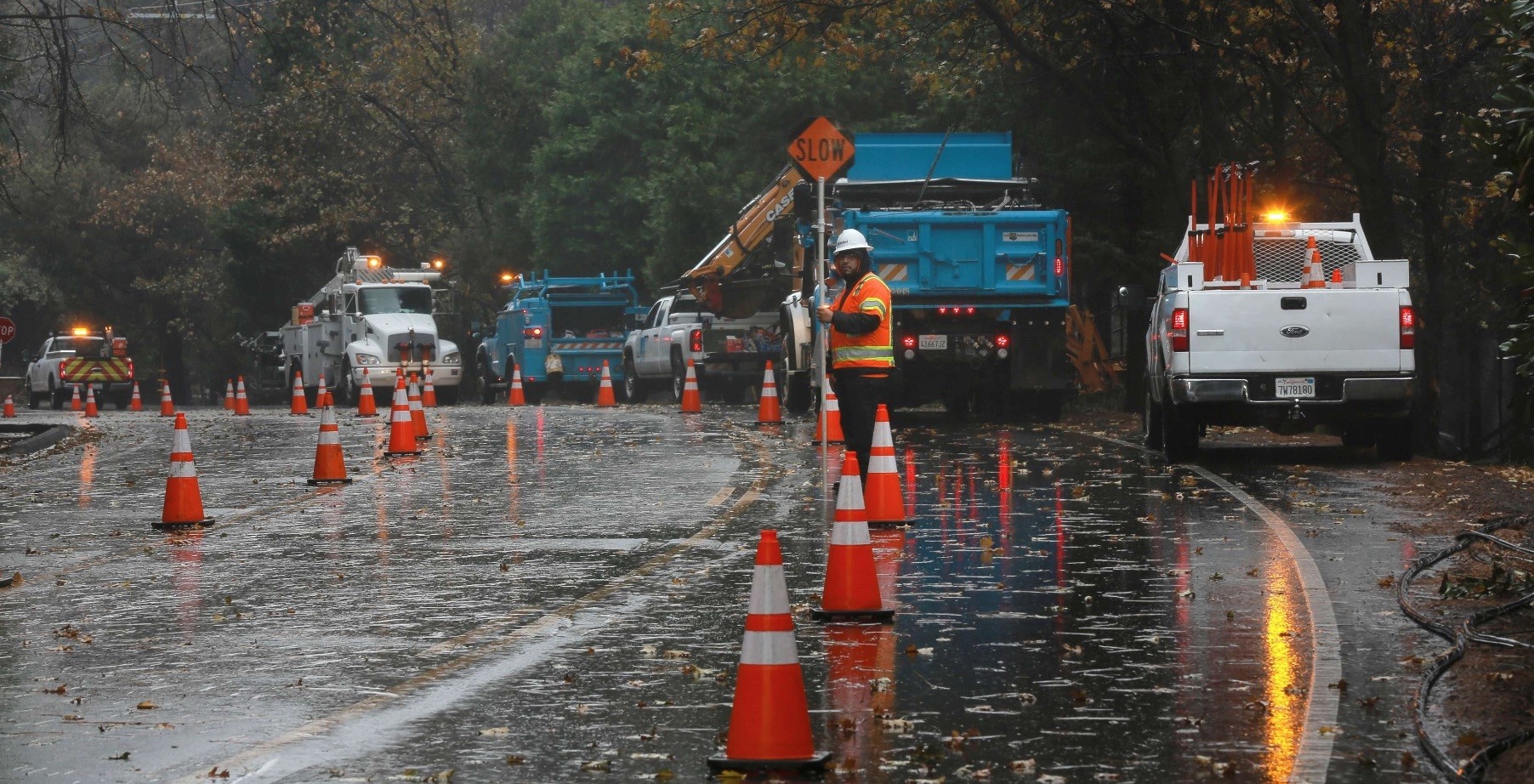 California utility company PG&E Corp (PCG.N) is exploring filing some or all of its business for bankruptcy protection as it faces billions of dollars in liabilities related to fatal wildfires in 2018 and 2017, people familiar with the matter said on Friday.

The company is considering the move as a contingency, in part because it could soon take a significant financial charge for the fourth quarter of 2018 related to liabilities from the blazes, the sources said.

A bankruptcy filing is not certain, the sources said. The company could receive financial help through legislation that would let it pass on to customers costs associated with fire liabilities, the sources said. But that is just a possibility, they said, so bankruptcy preparations are being made.

As of Friday, PG&E was shying away from negotiating so-called debtor-in-possession financing that companies typically line up before a bankruptcy filing to help keep operating while under court protection, one source familiar with the matter said.

A bankruptcy filing is not PG&E's preference for addressing liabilities from the catastrophic blazes, some of the sources said. But the preparations could put pressure on California politicians hoping the company can avoid such an outcome.

Shares of PG&E, which has a market capitalization of $12.7 billion, dropped 30 percent in after hours trading in New York on Friday on the news.

"PG&E's board and management are working diligently to assess the company's potential liabilities as a result of the wildfires and the options for addressing those liabilities. We recognize the need to balance the interests of many stakeholders while maintaining safe, reliable and affordable services for our customers, which is always our top priority," the company said in a statement.

PG&E is also exploring selling its gas unit, potentially through a court-supervised auction during bankruptcy proceedings, one of the sources said. The sale could also take place outside a bankruptcy process, the same source said. The company is weighing using proceeds from the unit's sale to address death and injury claims arising from the recent wildfires, this source said. NPR first reported on the exploration of the gas unit sale earlier on Friday.

PG&E, which filed for bankruptcy once before in 2001, said in November it could face "significant liability" in excess of its insurance coverage if its equipment was found to have caused last year's fires in northern California.

The Camp Fire broke out on the morning of Nov. 8 near the mountain community of Paradise, sweeping through the town and killing at least 86 people, in the deadliest and most destructive wildfire in state history.

PG&E also faces dozens of lawsuits from owners of homes and businesses that burned during 2017 fires.

The utility has been wrestling with how best to proceed after two years of destructive fires. California policymakers had approved a bill that let utilities pass on to customers some costs related to wildfires, according to Moody's. But the bill did not cover 2018 fires.

Filing for bankruptcy would shield PG&E from the liabilities, giving it time to figure out how to handle the claims.

The company said on Friday that it was reviewing its "structural options" and assessing its operations, finances, management, structure and governance. It also said it is searching for new directors at its holding company and its utility subsidiary Pacific Gas and Electric Co.

PG&E added that it has formed a special board committee that includes independent experts to advise on wildfire safety best practices.

Reuters reported last year that the company was working with bankruptcy advisors. The utility has borrowed more than $3 billion under credit lines available to it, a move companies in financial distress will often make to shore up cash.

PG&E also filed for bankruptcy in 2001 during California's energy crisis. It had amassed too much debt by buying electricity, which it was then not allowed to recoup by increasing rates for its customers. It emerged from bankruptcy in 2004.