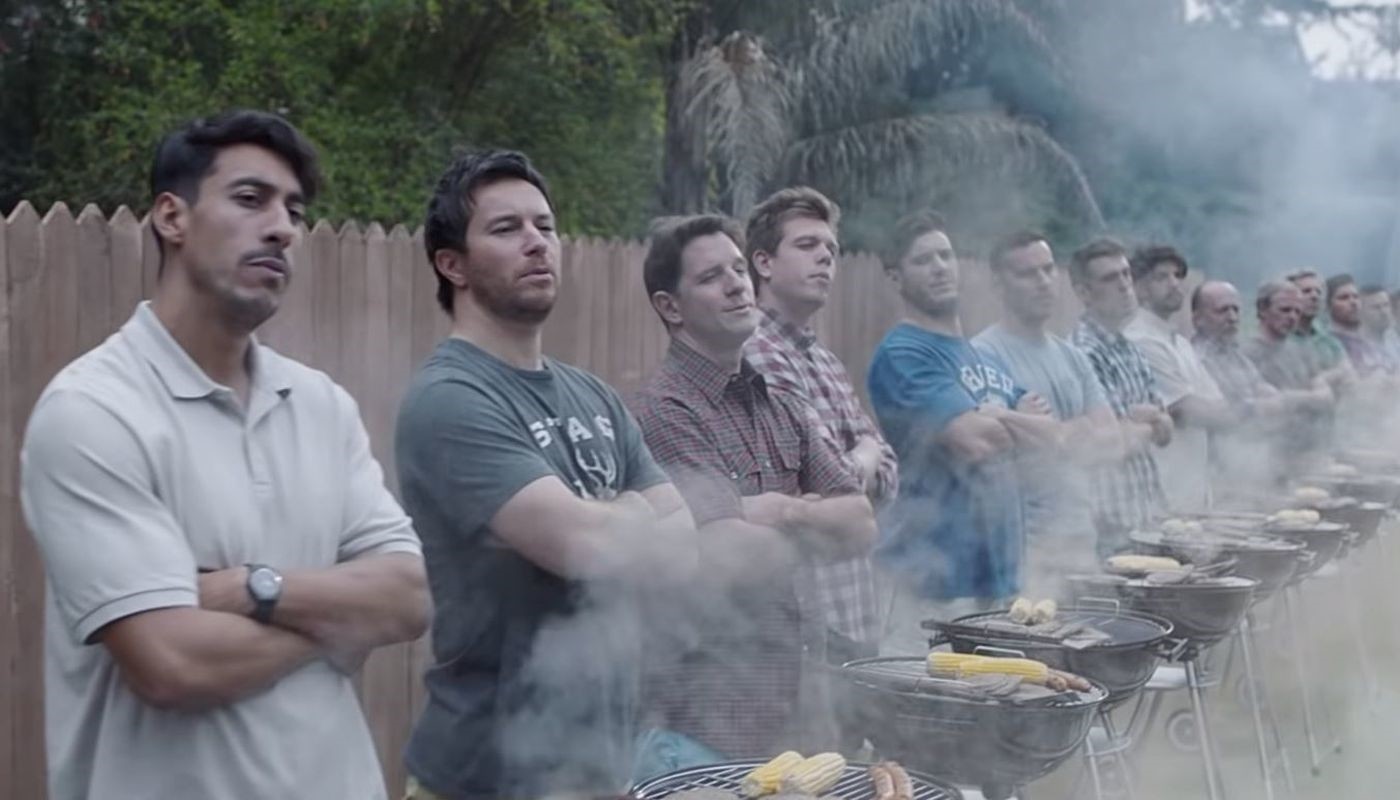 A screengrab from the new Gillette ad shows two kids wrestling while a long line of men stand in front.
by Compiled from Wire Services Jan 23, 2019 1:13 am

A Gillette ad for men invoking the #MeToo movement is sparking intense online backlash, with accusations that it talks down to men and groups calling for a boycott. But Gillette says it doesn't mind sparking a discussion. Since it debuted Monday, the Internet-only ad has garnered nearly 19 million views on YouTube, Facebook and Twitter — a level of buzz that any brand would covet.

The two-minute ad from Procter & Gamble's razor brand shows men and boys engaging in bullying and sexual harassment and encourages men to "say the right thing" and "act the right way." Taking on bullying, sexual harassment and toxic masculinity is a big task for a razor brand. Many critics took to social media saying it was insulting to men and laden with stereotypes.

The spot urges men to end a culture of "toxic masculinity" and turns the brand's 30-year-old slogan into a question: "Is this the best a man can get?"

The broadcast of the spot, which was released Sunday and lasts just under two minutes, has earned the brand praise from those who see it as an example of brave communication, with the Icelandic Ministry of Foreign Affairs even paying tribute in a tweet on Tuesday.

"Boys will be boys"? Isn't it time we stopped excusing bad behavior? Re-think and take action by joining us at https://t.co/giHuGDEvlT. #TheBestMenCanBe pic.twitter.com/hhBL1XjFVo

The uproar comes as Gillette battles upstarts like Harry's, Dollar Shave Club and others for millennial dollars. Gillette controlled about 70 percent of the U.S. market a decade ago. Last year, its market share dropped to below 50 percent, according to Euromonitor.

Allen Adamson, co-founder of branding firm Metaforce, called the ad a "hail Mary" pass from the 117-year-old company. But he added that online buzz, whether positive or negative, rarely makes a long-term difference for a marketer since memory fades quickly.

"Getting noticed and getting buzz is no easy task, and they've managed to break through," Adamson said. "Most advertisers advertise, and no one notices because there is so much noise in the marketplace, so just getting noticed Is a big win, especially for low-interest category like a razor."

On the flip side, it probably won't sell many razors either, he said.

Some cheers were mixed in with the social media boos. In a tweet, actress Jessica Chastain thanked Gillette "for this reminder of the beauty of men. I'm so moved by your call to action."

But like the 15-month-old #MeToo movement, the message has also been criticized by men who felt insulted, some of whom have vowed to swear off the brand.

"So nice to see @Gillette jumping on the 'men are horrible' campaign permeating mainstream media and Hollywood entertainment. I for one will never use your product again," conservative actor James Woods tweeted.

The ad echoes other attempts by major advertisers to take on social issues. Pepsi pulled an ad in 2017 showing Kendall Jenner giving a cop a Pepsi during a protest and apologized after an outcry that it trivialized "Black Lives Matter" and other protest movements. Nike polarized the nation with an ad featuring ex-NFL player Colin Kaepernick who started a wave of protests among NFL players of police brutality, racial inequality and other social issues.

Sales weren't affected in either of those cases. When controversy does affect sales, it is usually over something more substantive than an ad. Lululemon saw sales tumble in 2013 after a string of PR disasters including manufacturing problems that caused their pricey yoga pants to become see through and fat-shaming comments from their founder. But even that was short lived.

P&G, one of the world's largest advertisers, is known for its anthemic spots that appeal to emotions during the Olympics and other events, often aimed at women, such as the tear-jerking "Thank You Mom" Olympics branding campaign and Always "Like a Girl" 2014 Super Bowl ad.

Pankaj Bhalla, Gillette's brand director for North America, has pushed back against the criticism.

"This is an important conversation happening, and as a company that encourages men to be their best, we feel compelled to both address it and take action of our own," Bhalla said in a statement.

"We are taking a realistic look at what's happening today, and aiming to inspire change by acknowledging that the old saying 'Boys Will Be Boys' is not an excuse."

"Treating people with respect, who can argue with that, but they're kind of late to the party here, that's the biggest problem," he said. "It's gratuitous and self-serving."