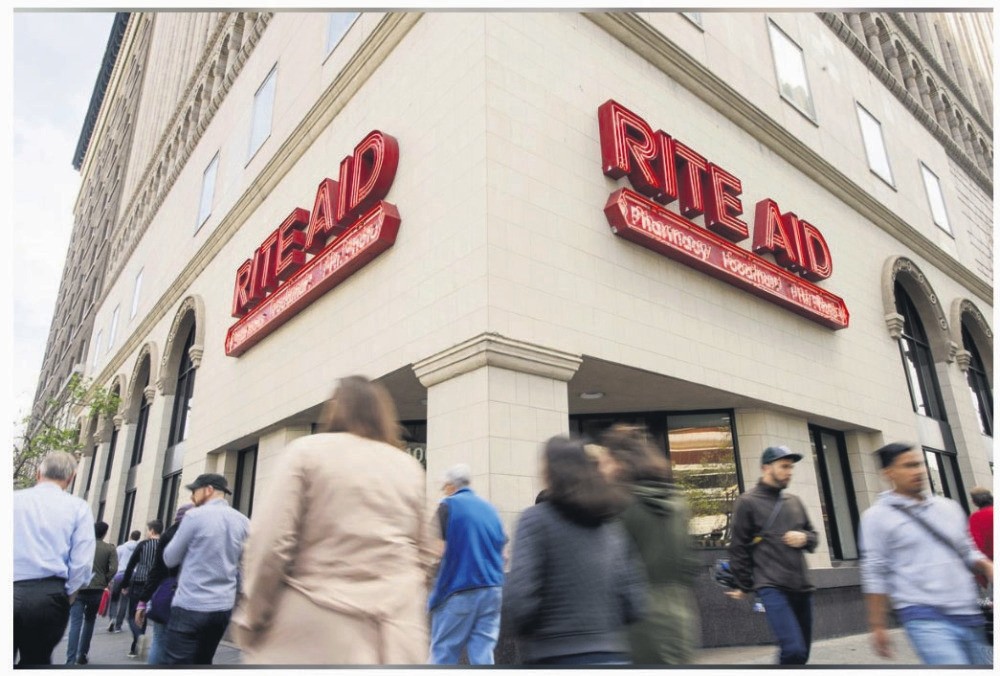 A number of U.S. companies which grabbed cash in the era of cheap debt are now feeling the squeeze. Instead of making new investments, much of their profits are used for paying off debts, and the number of companies struggling with their debt obligations is hovering near record highs

Many U.S. companies that gorged on cheap debt with forgiving terms over the last decade now find themselves shackled by it, spending much of their earnings paying off lenders rather than investing in their businesses or hiring.

As small firms, which together account for half of U.S. employment, begin to feel the squeeze, this could have a chilling effect on hiring, wages and consumption, adding to headwinds from wobbly financial markets and ebbing global growth, economists and corporate finance professionals say.

The number of companies struggling with their debt obligations is hovering near record highs. Some 17 percent of publicly-traded U.S. companies had trouble making debt interest payments at the end of last year, up from less than 10 percent in 2010 and off from a high of over 20 percent in 2016, according to the Institute of International Finance Inc, a trade group for financial institutions.

ey exemplify the struggles of a bigger universe of private firms which have loaded up on so-called leveraged debt, typically variable-rate loans offered on generous terms by banks and non-bank lenders.

With Federal Reserve rate increases pushing up interest expenses and the U.S. economy facing a slowdown as it nears a cyclical downturn, more and more of those borrowers may scramble just to stay afloat.

"It could reduce capital expenditures, capital deployment and lock up the economy, because companies could be so focused on making debt payments that they may not be hiring," said Christopher Zook, chief investment officer of family office CAZ Investments LLC.

Take CPI Card Group Inc, which makes credit and debit cards for banks and retailers. The card maker was among firms that tapped the leveraged loan market, when it borrowed $435 million for general purposes before it went public in 2015. CPI repaid some of the loan with proceeds from its public offering, but as its profits have deteriorated, the company has nearly lost its ability to service the remaining debt. Its earnings for 2018 roughly matched its debt expenses, according to Moody's Investors Service, down from nearly five times the size in 2014.

The company cut its headcount by 13 percent between 2015 and 2017 to 1,200 workers. Last year, it shut a plant in Littleton, Colorado, where it is headquartered, according to the state's Department of Labor and Employment.

As Americans complete the shift to chip-enabled credit cards, CPI forecasts revenue will rise in 2019. But the forces that have held it back will persist: the credit card maker is losing market share to competitors, and high inventories help big banks keep prices low, says Stephen Morrison, analyst at Moody's. CPI Card declined to comment.

Investors' hunt for higher returns in an era of record-low interest rates has given debt-laden companies access to cheap, easy credit, encouraging them to take on more debt than would be possible in less forgiving conditions.

As a result, the median debt levels of non-financial companies relative to their earnings already exceed levels before the last financial crisis, according to Standard & Poor's rating agency.

While U.S. policymakers assure that credit conditions remain broadly healthy, the volume of leveraged loans, which are rated as junk or near junk, has doubled to a record $1.4 trillion over the last five years.

"The leveraged loan market can be considered a canary in the coal mine for the U.S. economy," said Jeremy Swan, managing principal for financial sponsors at accounting firm CohnReznick LLP.

Drug store chain Rite Aid Corp is another example of how initial relief offered by such loans turned, over time, into a burden. The Pennsylvania-based company borrowed over $1 billion on loose terms in 2013 to refinance old debt, according to Refinitiv data.

Credit ratings agencies welcomed the financing at the time because it would help the chain, though still heavily indebted and facing uneven sales, lower its interest costs.

Yet the debt burden proved too much in the years to come.

"They couldn't grow because they had so much debt," said Mickey Chadha, a senior credit officer at Moody's Investors Service. "They didn't have the cash flow and the capital to invest in their stores."

Last year, the retailer, after two failed attempts to sell itself, sold about 1,900 stores to competitor Walgreens Boots Alliance Inc to reduce its leverage at a time when the rise of e-commerce has challenged its business.

The number of associates Rite Aid employed slowly declined to 87,000 from 89,000 as it worked toward paying off the debt, according to the company's annual reports. Its store count fell to 4,536 from 4,623.

After the sale to Walgreens Boot Alliance, Rite Aid had 2,550 stores and 59,000 employees. Its shares are trading below $1, though it recently announced plans for a reverse stock split.

"Rite Aid has made significant progress in reducing the company's debt and simplifying and strengthening its capital structure over the last several years," the retailer said in a statement.

The company said it recently refinanced, pushing out maturities until 2023 and winning improved interest rates. It also has about $1.9 billion in liquidity, "providing strong flexibility to operate and invest in (its) business."

Economists say generous lending terms allow highly leveraged companies that otherwise might be pushed into bankruptcy to carry on, but the firms' pullback from investment and hiring can exacerbate an anticipated slowdown and hurt thinly-capitalized non-bank lenders.

"It's a fault line in the ecosystem that threatens the broader economy," said Mark Zandi, chief economist at Moody's Analytics. "I don't know if we should send off the red flares, but [definitely] the yellow flares."