Toy sector to meet in Istanbul at end of February 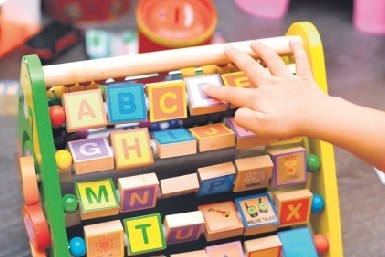 The Istanbul Toy Fair 2019, which is supported by the Toy Makers Foundation (OYDER), will be organized on an area of 10,000 square meters at the TÜYAP Fair Convention and Congress Center from Feb. 26 to March 1. "As TÜYAP, we achieved great success in last year's fair with a 30 percent increase in the sector volume," TÜYAP Fair and Fair Convention Inc. Deputy General Director Yeşim Ulusoy said. "We intend to contribute to the sector by exceeding 50 percent this year."

Ulusoy said that they have opened the gates of the fair to the world in order to increase the exports of producers in the toy industry, diversify exported products and find new markets, at a time when international trade has become more important and active.

"This has already helped us see reciprocal demand. Therefore, we expect the fair to be very efficient," she added.

OYDER Chairman Esin Yürür said while the international toy market is around $87 billion, the Turkish market is around TL 3 billion with shelf prices including value-added tax (VAT) and about $500 million in foreign exchange scale.

"In 2018, we can say that the export figure of our sector, which produced approximately 21 million tons of toys similar to 2017, is around $35 million," Yürür continued. "While imports stood at around $392 million by the end of 2017, we think it cannot exceed $270 million at the end of 2018. This situation clearly shows the contraction in imports due to the decreasing demand-oriented market shrinkage caused by the volatility in exchange rates, additional taxes and increased prices."

Yürür further emphasized that production is converging in certain countries because the toy industry is smaller than other sectors all over the world, which in turn causes the sector to be import-weighted around the globe due to its natural dynamics. The rate of imported toys is 87 percent in the United States and 85 percent in Europe according to Yürür who said Turkey also follows a similar course with an import rate of 85 to 90 percent.

"The Toy sector develops with a wide variety of products. Supporting domestic production with incentives rather than decreasing imports, as well as developing the sector together with both production and import channels, will create a much healthier structure," Yürür said.

"Otherwise, it will not be possible to produce many products in our country, which will lead to a decrease in variety and market contraction. This will also result in the failure of domestic producers to find a market to sell the products they produce."

Yürür also added that while the consumption of toys per child is around $200 to $250 in the U.S. and Europe, this figure is only around $30 in Turkey.

You can visit the official website of the festival to get more detailed information about the exhibition organized to offer children high quality and world standard products through domestic production or imports.