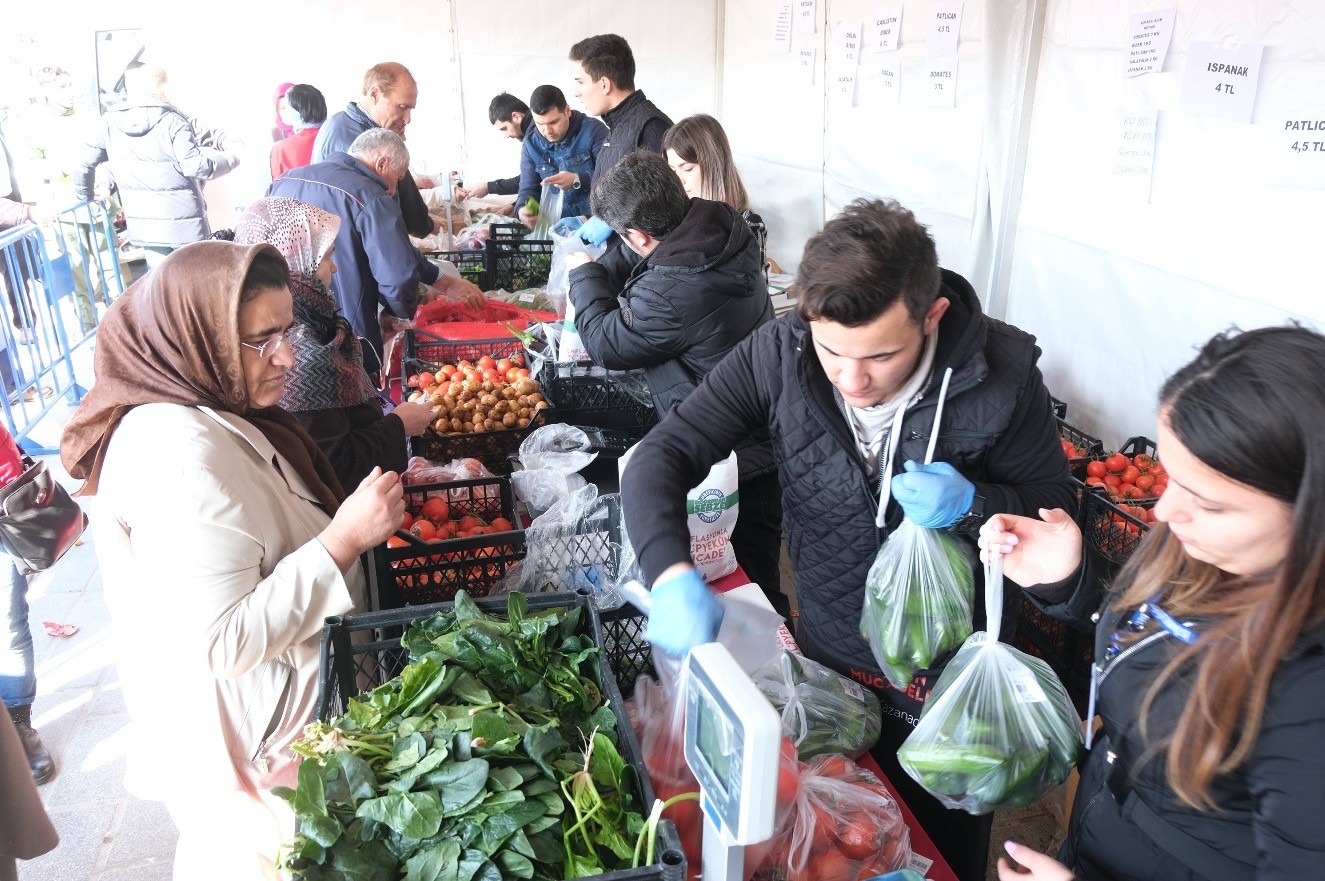 After local municipalities in Istanbul and Ankara launched direct sale points in those cities last week to counter soaring consumer prices on foodstuffs, offering a number of agricultural products to average consumers at affordable prices, meat producers are now looking to do the same. The meat producers are hence looking forward to meeting with President Recep Tayyip Erdoğan regarding the issue. The sale points, launched to circumvent middlemen and profiteers, have seen widespread demand from citizens and are likely to spread across Turkey.

With the start of vegetable sales at municipal direct sale points, prices in vegetable wholesale markets and supermarket chains have dropped by almost a half.

"If the practice begins, meat prices will drop by at least 30 percent," Bülent Tunç, chairman of the Turkey Red Meat Producers Association, was quoted as saying by Turkish daily Sabah.

The Meat and Dairy Products Agency (ESK) cannot reach citizens with a limited number of points so it gives cheap meat to cheap chain stores, he said, adding that "we want to initiate direct sale points to provide our citizens with cheap local meat without the middleman."

Underlining that this could be done within the ESK if needed, Tunç said with a model consisting only of producers and consumers would seriously reduce prices. He also said they will be meeting with other producers to discuss the issue.

2,510 TONS OF VEGETABLES SOLD IN ISTANBUL IN ONE WEEK

The Istanbul Metropolitan Municipality (İBB) announced on Monday that a total of 2,510 tons of vegetables were sold at 50 municipal direct sale points that started serving in 34 districts over a week ago. According to the statement released by the İBB, a total of eight types of vegetables are being sold at affordable prices at 50 municipal direct sale points which were established with the support of the Agriculture and Forestry Ministry to back the All-Out Fight against inflation campaign initiated by the Treasury and Finance Ministry.

Of the total of 2,510 tons of vegetables sold tomatoes took the lead as the most sold item.

The vegetables sold at municipal direct sale points are supplied from five regional directorates of the Agricultural Credit Cooperatives of Turkey, including Antalya, İzmir, Kütahya, Mersin and Ankara.

Fruit and vegetables on www.epttavm.com are available at prices set by the direct sale points, and all products will be delivered safely to people via PTT Cargo and Logistics. The website, Turkey's national online marketplace, has assumed the responsibility so that people do not have to wait in line and can buy cheap vegetables and fruits in favorable conditions.