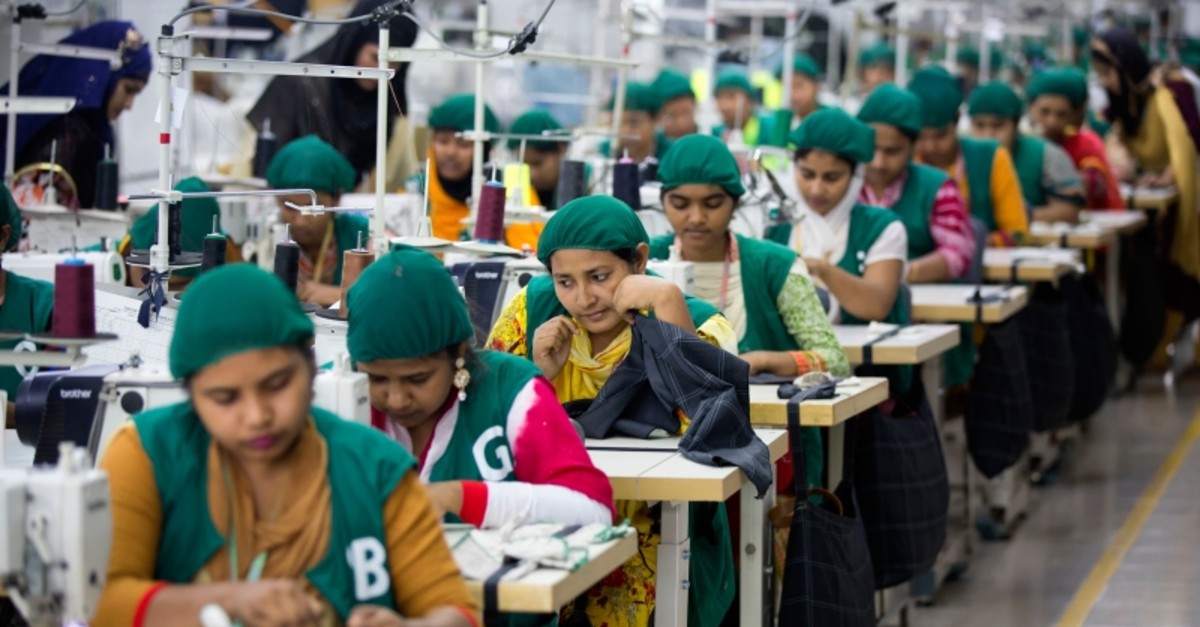 Australian fashion companies use a "system of entrenched exploitation" that is trapping millions of garment workers in Bangladesh and Vietnam in poverty, campaigners said Monday.

Nine out of 10 garment workers in Bangladesh and over two-thirds of those in Vietnam can't make ends meet, with wages as low as 55 Australian cents ($0.39) per hour, according to a study by charity Oxfam Australia.

As a result, the workers, most of them women, often struggle to put enough food on the table and cannot pay for medical treatment when they are sick, Oxfam said.

"If we don't see changes soon, we will continue to see a fashion industry that is perpetuating and fuelling a system of poverty," said Oxfam Australia's advocacy manager Joy Kyriacou.

"We will continue to see women who are running out of food and skipping meals every month, women who can't live with their children because they can't afford any childcare," she told the Thomson Reuters Foundation by phone from Sydney.

Kyriacou said although fashion labels such as Cotton On, Target and Kmart have made commitments toward paying a living wage, progress to improve conditions across the supply chain in Australia's $23 billion fashion industry remained slow.

A living wage means enough money is earned to cover basic needs such as food, housing, education and healthcare.

A spokesman for Kmart and Target, both owned by conglomerate Wesfarmers, said the firms had been working with suppliers, workers and national governments to address the issue but did not give details.

Cotton On did not reply to a request for comment.

Australia last month became only the second country in the world to bring in an anti-slavery law, requiring large companies with a turnover of more than A$100 million to report on modern slavery risks in their supply chains.

The study said despite Australian firms' pledge to improve workers' rights, they put pressure on garment owners to drive wages down by using practices such as fierce price negotiation and short-term contracts.

Tania, a 21-year-old single mother in Bangladesh, told Oxfam she worked up to 12 hours a day for a $169 monthly wage, or about 55 cents an hour, and could only see her daughter, who lives with her parents in a village, twice a year.

Babul Akter, president of the Bangladesh Garment and Industrial Workers Federation, the main labor union, urged the government to ensure decent treatment for its workers.

"Since there's a lot of competition among Bangladeshi factories internally, Australian buyers or any other buyers use this to their advantage and as a result give owners low prices that in turn affects the workers," he said.

Clothes manufacturers in Bangladesh, the world's second-largest garment exporter, agreed to raise wages across 6 of the 7 pay grades in January after a week of violent protests, but it left the minimum wage unchanged at 8,000 taka ($95) a month.