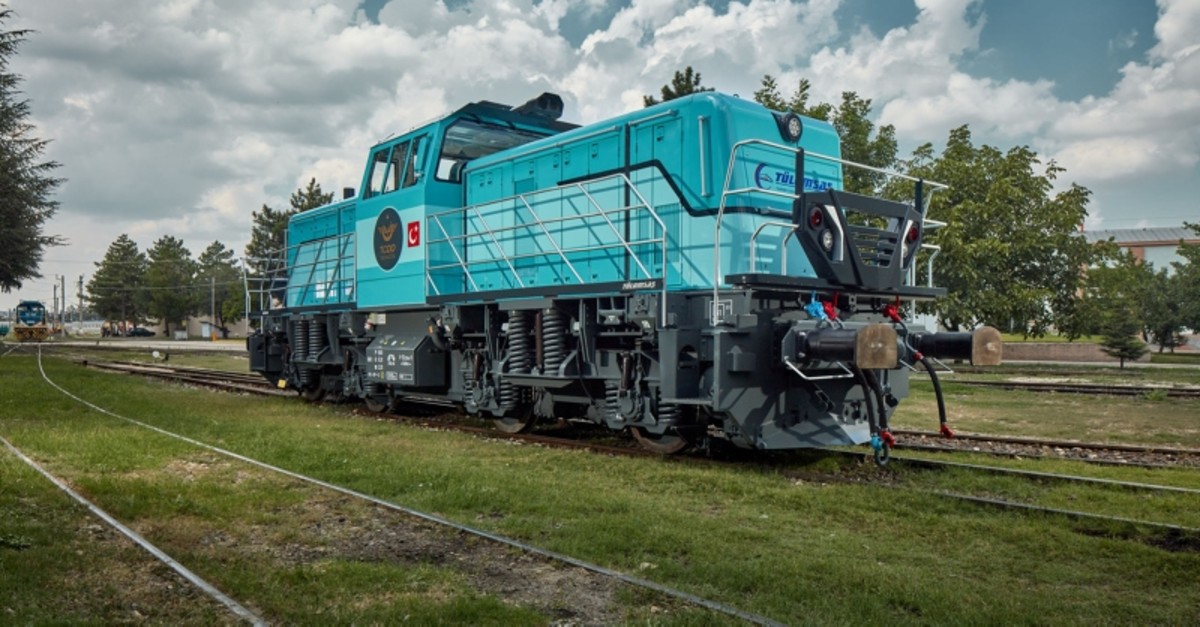 The hybrid locomotive has been designed under the TCDD and jointly produced the by Turkish Locomotive and Engine Industry Corporation (TÜLOMSAŞ) and the country's leading defense company ASELSAN.

It is the first domestic locomotive with a diesel hybrid engine and will be safely used as a rescue vehicle in tube or tunnel passages like the Marmaray, an underwater subway connecting the Anatolian and European sides of Istanbul, thanks to its low emission and acoustic noise level.

The locomotive, which has been produced in accordance with the International Union of Railways (UIC) standards, has a maximum operating speed of 80 kilometers per hour and a maximum traction force of 220 kilonewtons (kN), and was designed to be 68 tons in total weight and 17 tons per axle.

The locomotive was first exhibited in a railway exhibition in the German capital Berlin in September last year with 3,062 participants from 61 countries.

With the project, Turkey joined a small group of nations to become the fourth country - after France, Japan and China - to have acquired hybrid shunting locomotive technology.

Transportation and Infrastructure Minister Cahit Turhan previously noted that the locality ratio of Turkey's first "national hybrid shunting locomotive" had reached 60 percent while this percentage would be increased to 80 percent once the mass production of the locomotive officially starts.