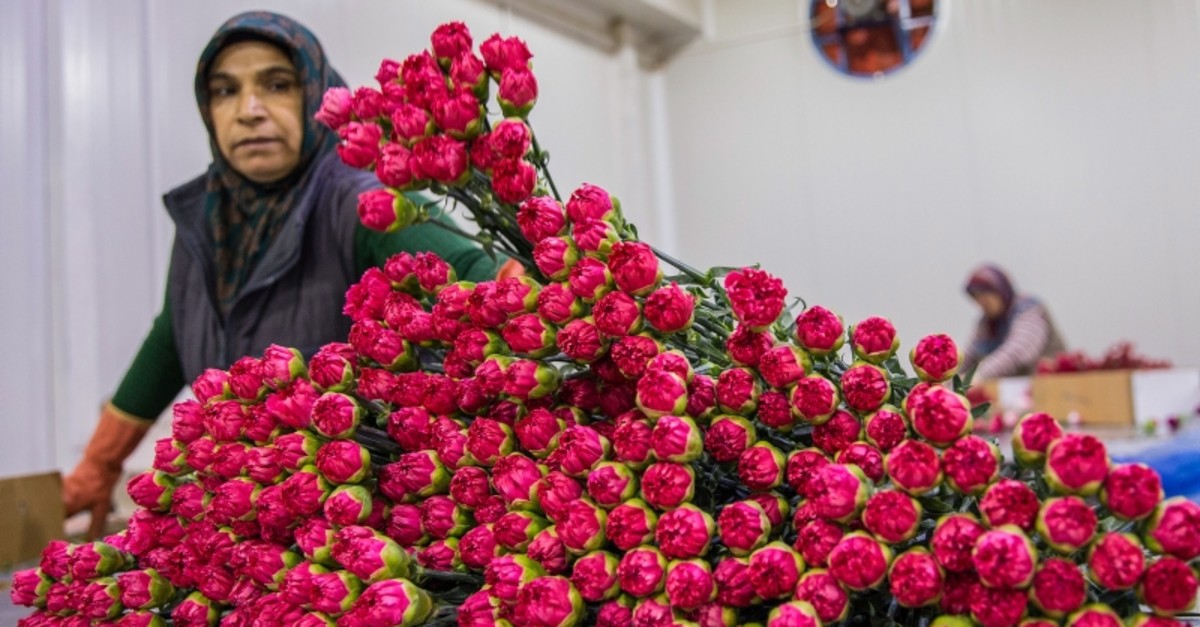 Turkey has exported about $5 million worth of cut flowers to 20 countries on the occasion of International Women's Day on March 8, officials said Wednesday.

Ismail Yılmaz, chairman of the Central Anatolian Ornamental Plants and Products Exporters' Union told Anadolu Agency (AA) that they made the final shipments Tuesday, sending a total of 35 million flower stems that will bring over $5 million in revenue.

Yılmaz noted that the Eastern European countries including Ukraine, Romania and Bulgaria are taking the lead as top importers of flowers from Turkey.

He said there is less "enthusiasm" for International Women's Day in Western Europe, if that fervor can be judged by flower demand.

Some 70 percent of the exported flowers were grown in Turkey's southern Antalya province, known as country's cut flower production center.

Yılmaz said that although the preferred types of flowers change depending on the domestic markets, "carnations are the leading product for exportation and red carnations, more specifically, are preferred on women's day as on Valentine's Day."

Songül Ataş, who has been working in the sector for some 10 years, told AA that they are delighted that "the flowers we grow here will reach women in different countries."

Dönüş Ulaş, an agriculture engineer who has been working in the floriculture sector since 2003, said: "Flowers are the language of love and tolerance. You make people happy when you give flowers."