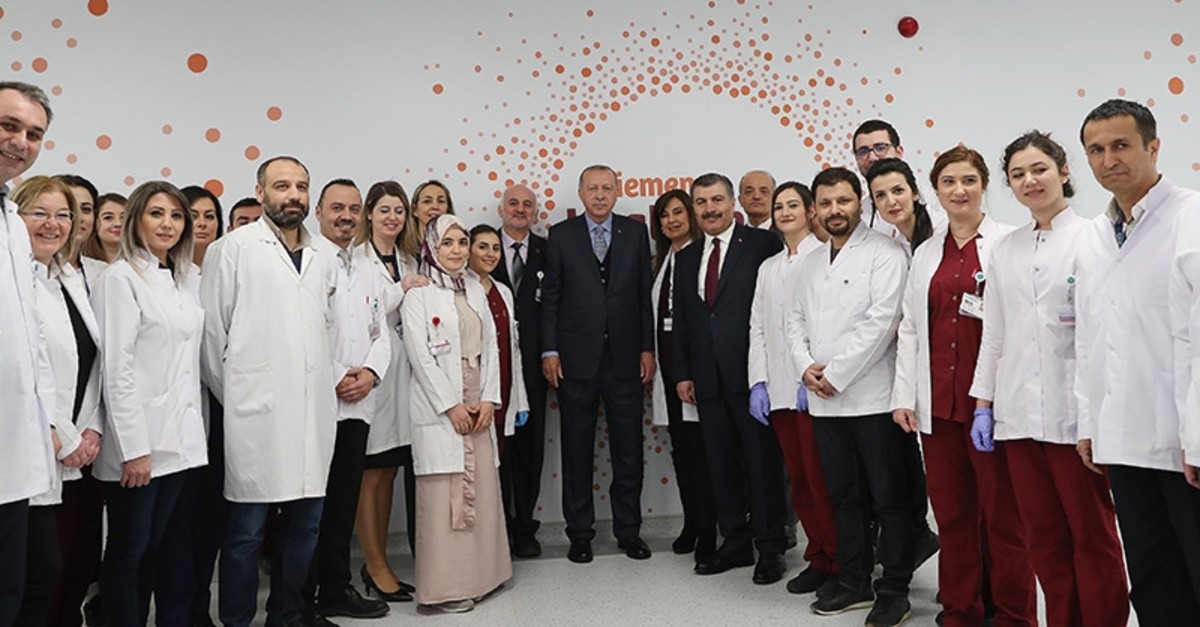 Looking to boost its standing as a prominent world health center, Turkey inaugurated Europe’s biggest hospital with 3,704 beds in Ankara on Thursday

"We are the heirs of a civilization that sees health as the biggest happiness. With this understanding, one of the first things we did coming to power was to change the overall health system," Erdoğan said at the opening ceremony. Referring to the difficulties people faced prior to the steps taken in the field of health, Erdoğan said that hospitals were previously in very bad conditions. "Our citizens had so many difficulties reaching doctors that their diseases were deteriorating," he said.

"The city hospitals were a dream of mine that I consider as the peak of our health system," Erdoğan said. 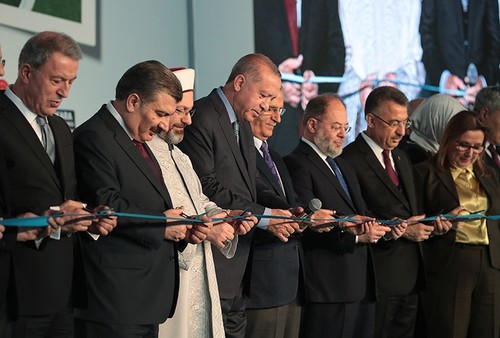 Providing information about the hospital at the ceremony, Health Minister Fahrettin Koca said that the health complex, which is Europe's biggest and the world's third-biggest hospital, consists of hospitals that focus on particular fields: Hospitals for cardiovascular diseases, neurosciences and orthopedics, children's health and diseases, gynecology and obstetrics, oncology, physical therapy and rehabilitation.

He noted that the main objective of city hospitals is to solve all the health problems of a patient in one center. "We are resolute to turn city hospitals into renowned brands in the world," the minister said, noting that Turkey has great potential in health tourism.

Ambassadors and representatives of foreign missions from 45 countries attended the inauguration ceremony along with high-level officials from Kuwait and Bahrain.

Attending the ceremony, professor Doğan Uncu, head of medical oncology training management at Ankara City Hospital, told Daily Sabah: "Since today is Doctors' Day, our happiness is doubled with the opening of such a modern and beautiful health center. I am really happy to be a health server in this center and provide treatment to patients. I deeply thank our president and everyone who contributed to this project." 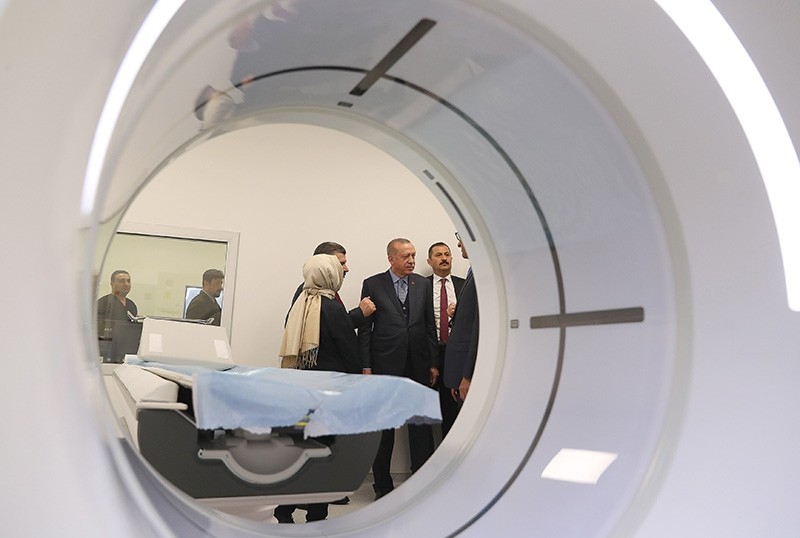 The Ankara City Hospital in the Bilkent district is the ninth city hospital that has opened in Turkey. Between 2017 and 2018, eight city hospitals were opened in the cities of Mersin, Yozgat, Isparta, Adana, Kayseri, Elazığ, Eskişehir and Manisa, and more are planned. When they are all built, they will have a capacity of 44,409 beds. Construction of nine other city hospitals is underway across the country.

Pointing out that the region where Ankara City Hospital is built hosts well-known Turkish universities, including Bilkent University, Middle East Technical University and Hacettepe University, Koca said: "This region of education and science has now become a health region. What we need is the meeting of education, science and research with health services."

We aim to turn this region into a valley of health technologies," the minister asserted.

Stressing that opening the doors of city hospitals to universities would provide new opportunities for universities, Koca added that this step would enable raising qualified human resources as well.

In the opening ceremony IC Holding's İbrahim Çeçen, contractor of the hospital, thanked Erdoğan and the health minister as well as previous ministers for their steadfast support in the process.

Turkey has taken the steps to rejuvenate its crumbling health care system in recent years. Hospitals run by the Health Ministry and the Social Security Fund (SGK), formerly known as the Social Insurance Fund, were merged to prevent overcrowding in the latter. The government also reduced red tape in the treatment of patients with social security at teaching hospitals run by universities.