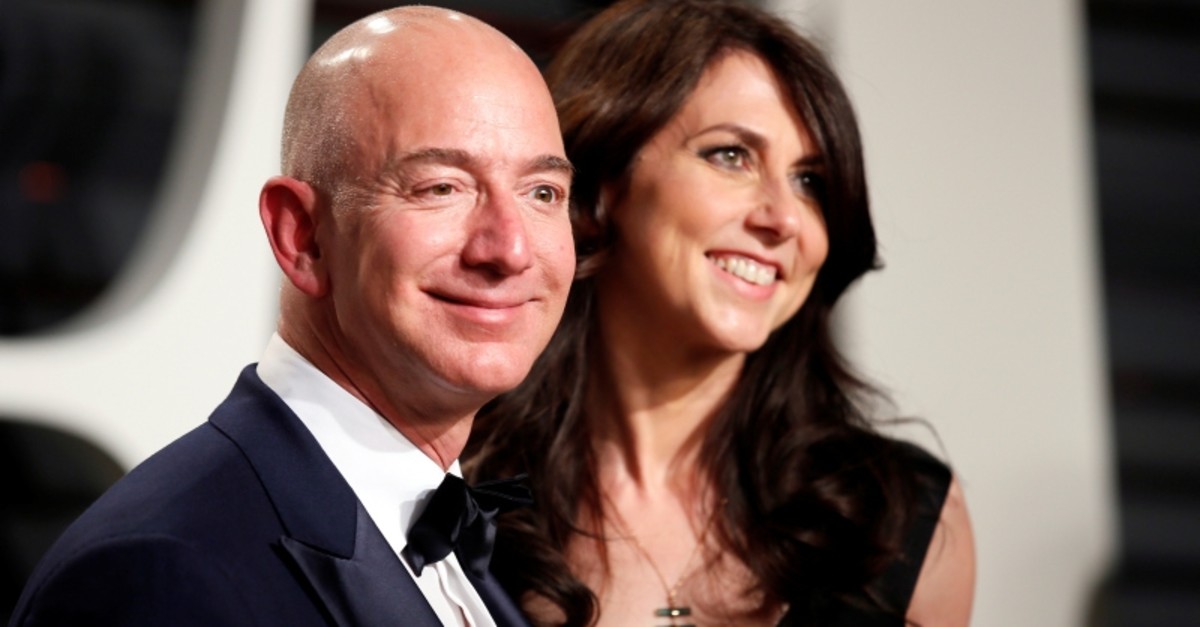 MacKenzie Bezos and Amazon.com Inc founder and Chief Executive Officer Jeff Bezos agreed in a divorce settlement that he would retain all voting rights and 75 percent of the ex-couple's $143 billion stake in the world's biggest online retailer.

Some investors had worried about how the split could affect Jeff Bezos' influence over Amazon or the possibility he or MacKenzie would have to liquidate a large position ever since the world's richest couple announced the impending divorce in January.

"Grateful to have finished the process of dissolving my marriage with Jeff," MacKenzie Bezos said on Twitter, in the first and only tweet from an account that was created this month.

MacKenzie said that she will also give up her interests in the Washington Post, a frequent target of criticism from U.S. President Donald Trump that Jeff Bezos bought in 2013, and the rocket company Blue Origin he founded in 2000.

One Amazon investor, speaking on condition of anonymity because of a firm policy, said the resolution removes some uncertainty around the stock. Amazon shares were down 0.2 percent at $1,817.41 in afternoon trading.

"It takes the issue off the table, with less turbulence than you might have expected," said the investor, whose firm owns several million dollars' worth of Amazon shares.

Jeff Bezos, 55, is seen as essential to Amazon's meteoric growth and stock price rise since he founded the company in 1994.

He has credited MacKenzie, 48, for her support when he uprooted the young couple to Seattle from New York to launch Amazon, an online bookseller that grew into the world's largest internet retailer.

"When I think about Amazon, and the influence Bezos has on Amazon, I would argue his influence would be the same if he had 51 percent shares outstanding or 1 percent. I think his influence is dictated by his vision for Amazon," D.A. Davidson analyst Tom Forte said.

MacKenzie Bezos will remain extremely wealthy. Her stake in Amazon, valued at roughly $36 billion, is worth more than the market values of nearly 70 percent of the components of the S&P 500. That includes companies like eBay Inc, Allstate Corp and Twitter Inc.

The settlement also suggests that Amazon will be spared the kind of boardroom battle that has plagued other companies whose owners are dealing with family rifts, even though the divorce had jolted the once private Bezos couple into the public spotlight.

Jeff Bezos re-tweeted MacKenzie's statement and added in a separate post that he was grateful "for her support and for her kindness in this process."

"They've done a lot of work behind the scenes to make their breakup as amicable as it seems," she said. Still, Sadler added, "Without knowing what cash she received, I have no idea how favorable it was to him or not."

The day they announced their separation on Twitter, the National Enquirer promised to reveal an affair it claimed had ended their marriage, contrary to the couple's statement that they were on a "long period of loving exploration and trial separation."

Jeff Bezos in February had said the tabloid was trying to blackmail him unless he said in public that the American supermarket tabloid's reporting on him was not politically motivated.

The paper's parent, American Media Inc, has said that reporting on an extramarital relationship involving the world's richest was lawful and it would investigate his claims.

American Media and its CEO David Pecker have had close links to Trump, who on Twitter has attacked Bezos, Amazon and the newspaper he owns privately, the Washington Post.