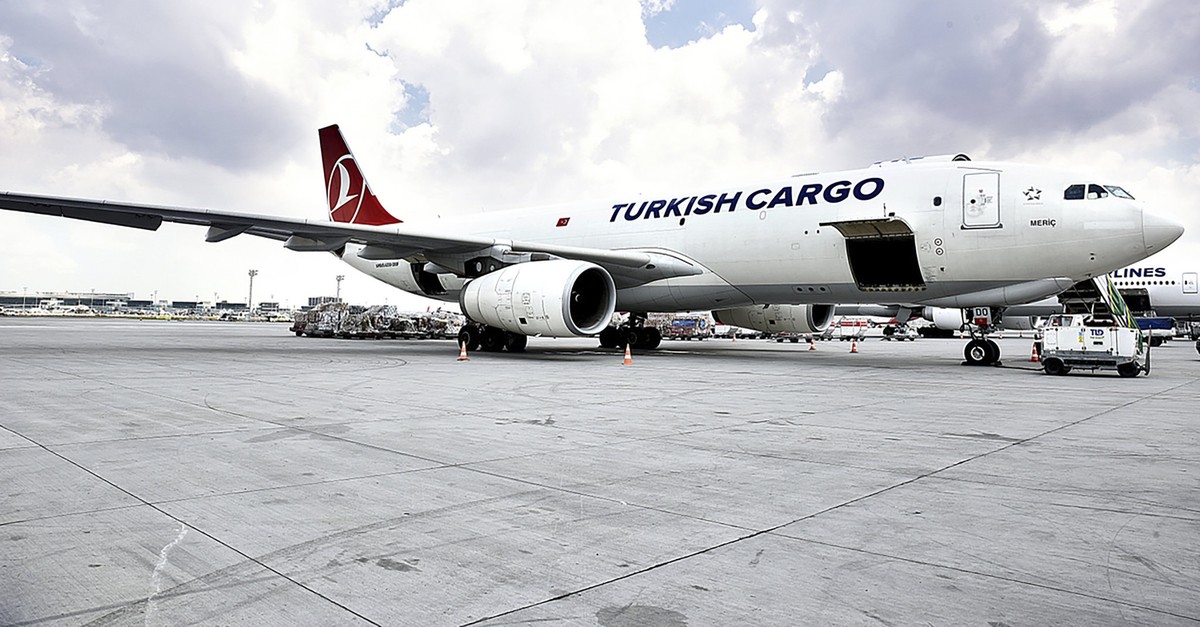 Turkish Airlines' subsidiary Turkish Cargo has enjoyed a nearly 10 percent rise in the freight it carried in the first two months of the year, despite a global slowdown in air freight transport

A subsidiary of Turkey's national flag carrier Turkish Airlines (THY), Turkish Cargo increased its cargo tonnage by 9.6 percent in January and February despite contraction in the global market, when the air cargo market shrank by 5.8 percent, according to a statement released by the company yesterday. In the first two months of the year, global demand declined by 5.7 percent, according to International Air Transport Association (IATA) reports, and Turkish Cargo rose to seventh in the World Air Cargo Data (WACD) list.

With this rise, Turkish Cargo increased its market share in terms of tonnage sold in the first two months of the year by 0.6 points to 4.3 percent compared to the same period last year, and its cumulative market share by 0.4 percentage points to 4.1 percent, achieving sustainable growth.

Turkish Cargo will carry on its operations from Atatürk and Istanbul Airports as a "dual hub" with the moving operation and will have a capacity of handling 4 million tons of cargo annually in the cargo terminal with 300,000 square meters of closed area when all the phases of Istanbul Airport are completed.

Thanks to the cargo carrying capacity of THY, Turkish Cargo has reached 307 destinations in 124 countries as well as carries direct cargo to 86 points with its cargo aircraft fleet. The company is boosting its service quality with its existing infrastructure and investments.

THY Chairman İlker Aycı stated that they are happy that Turkish Cargo continues to rise steadily in the global air cargo market.

Underlining that the success achieved in the first two months of 2019 cannot be considered a surprise, Aycı said: "We have been enjoying such surprising achievements for two years. Having outperformed five major global air cargo brands in Europe and the Far East in the last two years, we have risen to seventh from 12th in rank. Especially in an environment where demand in the market is shrinking and the figures are distressing the industry, this success highlights the future of Turkish Cargo further. Thanks to our determination and our growth strategy in the air cargo market, Turkish cargo will be one of the top five air cargo brands in the world. I would like to thank all of my colleagues who contributed to this success."

The accomplished air cargo carrier, which evolved into a brand under the title of Turkish Cargo in 2000, carried a total of 1.4 million tons cargo in 2018, ranking among the top 10 international air cargo carriers based on the data obtained by World Air Cargo Data (WACD).

In 2018, Turkish Cargo reached more than 300 destinations in the world and carried 1.4 million tons of cargo and currently carries freight to 124 countries.