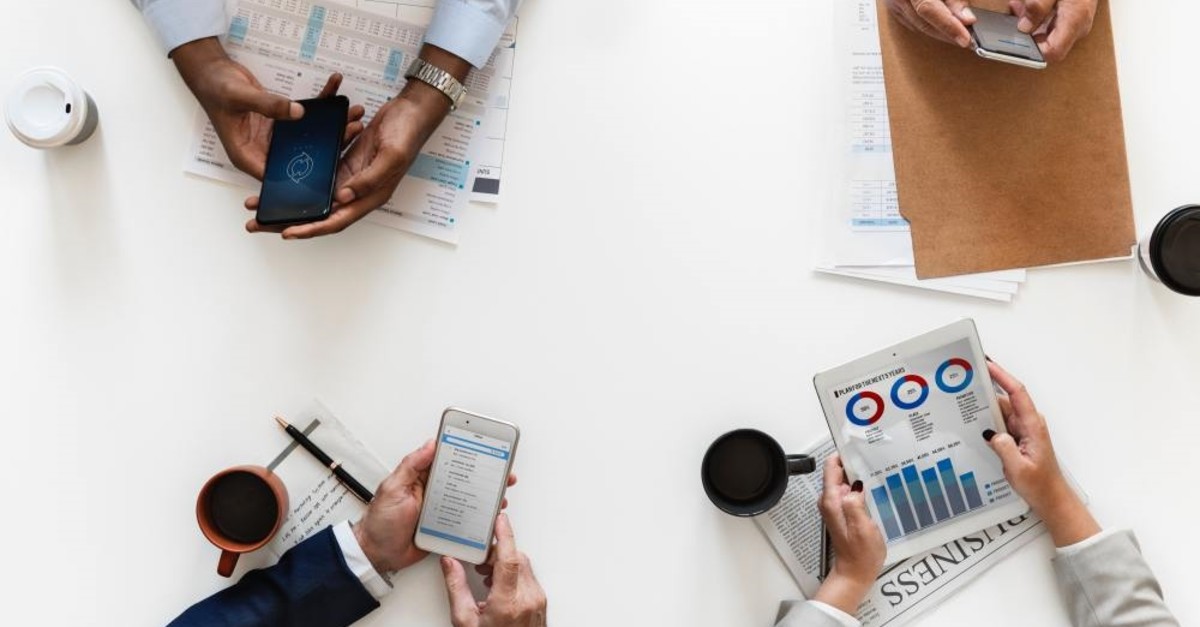 Investments in marketing and sales-oriented ventures in Turkey continue to hold the biggest share but the need to provide financial support for production-oriented ventures that promote efficiency has become increasingly important.
by Timur Sırt Apr 20, 2019 12:18 am

Angel investors and venture capital funds naturally focus on e-commerce ventures that will enable them to buy more than they invest in the short term. However, Turkey needs ventures that focus more on production and productivity

Mostly consumer-oriented ventures attract great attention in Turkey and the world. In a country where consumption-oriented ventures have become popular, not only production, but also consumption-oriented ventures draw attention. At the very least, the state and large institutions should take this into account and support venture capital funding. Yemeksepeti.com, trendyol, gittigidiyor, hepsiburada and sahibinden.com, Turkey's most invested in or largest ventures, support the consumption-oriented industry. Supporting such e-commerce ventures is fundamentally no different from the logic that seeks to build a shopping center in addition to employing well-trained human resources. Therefore, ventures that promote efficiency and production need startups and human resources that have specialized in expanding Industry 4.0 applications using artificial intelligence (AI), machine learning, the "internet of things" (IoT), big data and all relevant technologies.

First step: measure and be productive

Turkey can take the first step by measuring how it uses its resources and makes them more efficient. It is possible to accurately estimate the production and efficiency of our work by using technologies such as IoT, big data, machine learning and AI. The way to unveil Industry 4.0 applications that support production is through investment in basic measurement and productivity solutions. Increasing savings by reducing the cost of input, that is reducing the shortage, is one of the main focal points in production. While focusing on ventures that increase these patterns of behavior in each industry, I think focusing on increasing such ventures in acceleration programs makes the solution easier.

One of the main problems in production systems is that different competencies are needed in production according to changing consumer needs. With the introduction of technology, while focusing on human resource training, getting support from ventures can facilitate the creation of solutions. While making error analysis for quality, measurement and productivity in production, the way to develop solutions using AI is to use solutions developed by entrepreneurs in production or human resource planning needs to take into account investment in new generation capabilities. Despite the increase in quality and productivity using robots, it is necessary to take the right steps to discover ways to make more use of human resources. Germany continues to support large-scale studies on this issue.

According to Startups.Watch 2018 data, investments in marketing and sales-oriented ventures in Turkey continue to hold the biggest share. In 2018, 10 financial technology (fintech) ventures received $11.7 million in investments, followed by 10 software service ventures with $10.9 million. Two marketing technology ventures, on the other hand, totaled $8.5 million. The following areas of interest in the number of investments are e-commerce with seven ventures, market places and food ventures with six ventures each and IoT and AI with five ventures each. Venture capital funds and institutions' investments in AI-oriented ventures remained far from the state's investments through the Scientific and Technological Research Council of Turkey (TUBITAK). Venture capital funds are beginning to focus on vertical technologies from e-commerce ventures where they will get quick results. The increase in funds in 2019 is expected to increase these investments as well.

State support at the idea stage

If you have millions of customers and want to be agile enough to listen to them, you need to use software robots. The number of companies that solve the problems of millions of customers with intelligent software robots is increasing. The share of domestic ventures in this regard is also increasing. Türk Telekom has introduced JetFix, a full-fledged domestic generation digital communication platform, for institutions. With its Livechat, Chatbot and Omnichannel products, JetFix offers organizations the ability to make customer relations management faster and more efficient by improving communication processes of institutions with their customers and to support companies in areas such as time, cost and management.

With JetFix's Livechat product, organizations are provided live messaging and multiple-client calls at the same time, while Chatbot offers 24/7 messaging via a virtual assistant. In addition, with Omnichannel (multichannel management), institutions can respond more quickly and efficiently to all feedback, such as requests, information and suggestions, especially from social media and e-mail channels.

Patents are engines of growth

Countries that have increased their patent applications also show their competitive advantage and contribution to growth. Although Turkey's patent application increased by about 5 percent, it is not enough for the figures to go up. The largest increase was achieved in the U.S., Germany and Japan.

Number of patents on the rise

According to the EPO 2018 report, European patent applications from Turkey declined compared to the previous year. While the number of patent applications was 911 in Turkey in 2017, this number decreased to 572 in 2018. Evaluating the results of the report, Destek Patent Chairman Yamankaradeniz said Turkey's attractive status for foreign investors in terms of population and region and its advantageous position for the countries in the region due to the fact that it is the gateway to the Middle East and Europe shows that foreign companies increase the number of brands and patents in Turkey. Last year, 10,845 foreign patents registered in the European Patent Office entered Turkey. The World Intellectual Property Organization (WIPO) announced in December last year that Turkey ranked 13th in national patent applications.

10 bright days ahead for fintech

Supported by Turkey's first and only payment and electronic currency association, the Payment and Electronic Currency Association of Turkey (ÖDED), the FinTech10 program now accepts applications from anyone who wants to get a closer look at the fintech ecosystem and improve themselves in this field. Participants in this special 30-hour program will have the opportunity to meet senior executives at Turkey's leading fintech companies and to experience the fintech spirit at fintech offices.

The FinTech10 program, which offers the opportunity to experience the fintech ecosystem on-site with senior executives, was implemented with the support of ÖDED. Managers who want to integrate fintech infrastructure into their work, entrepreneurs who develop or plan to develop products and services for the fintech ecosystem, professionals who work in financial institutions and want to get a perspective on how fintech is reshaping the industry and anyone who wants to learn about the world of financial technology and how this world has changed our lives can participate in the program. The sessions, which will last for two weeks and 10 days, will be presented by founders and senior executives of 10 different fintech companies. Sessions are mostly organized at the relevant fintech offices, thus enabling participants to experience the world of financial technology on-site.