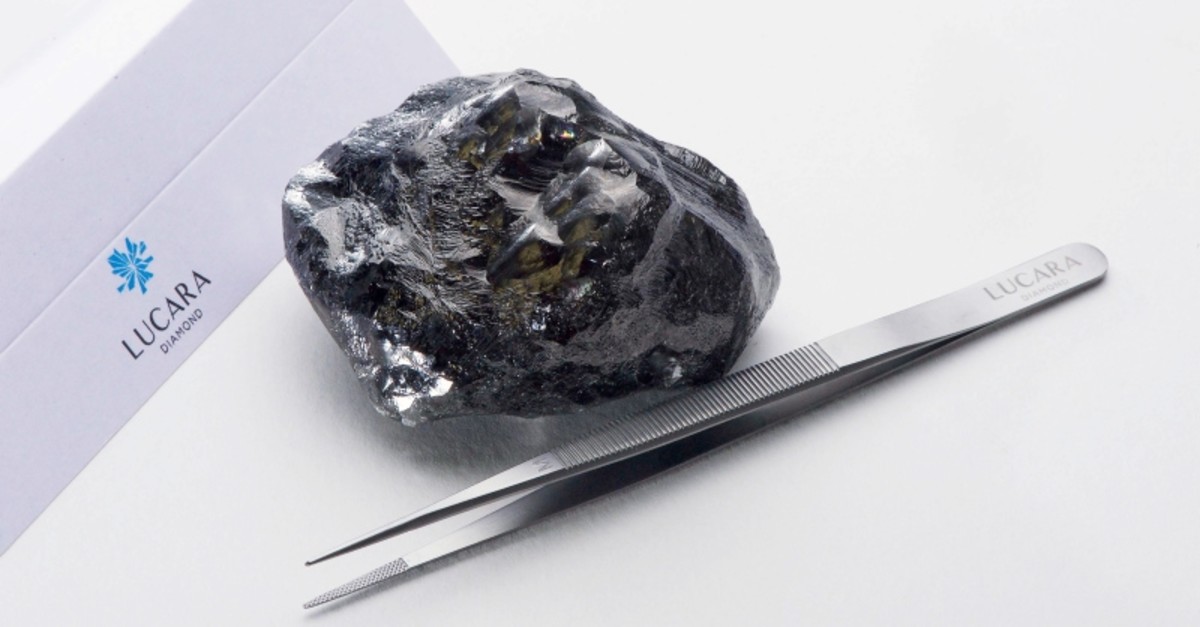 A 1,758 carat diamond recovered from from Lucara Diamond Corp.'s Karowe Diamond Mine in Botswana is pictured in this undated handout photo obtained by Reuters April 25, 2019. (Reuters Photo)
by Daily Sabah with AA
Apr 26, 2019 9:05 pm

The second-largest diamond in history has been discovered in the southern African country of Botswana, a mining company said on Friday, but the gem is unlikely to fetch a record prize.

Canadian-based mine owners Lucara Diamond said the unbroken 1,758-carat stone was unearthed through the state-of-the-art XRT circuit technology commissioned in Botswana in 2015.

The uncut diamond weighs close to 352 grams and is the size of a tennis ball. The company describes it as a near gem of variable quality, including domains of high-quality white gem. Its variable quality means it won't yield the highest priced polished diamonds, Bloomberg said.

"Since commissioning of the XRT circuit in 2015, a total of 12 diamonds in excess of 300 carats have been recovered at Karowe, including 2 greater than 1,000 carats, from a total production of approximately 1.4 million carats," said Lucara Diamond, which owns 100% of the shares at the Botswana-based Karowe mine, where the diamond was found.

While this hunk of diamond won't be a record-breaker in terms of price, its extraction shows that Lucara's plant at Karowe is capable of detecting and obtaining massive diamonds without breaking them.

Botswana is well well known for producing large diamonds. Four years ago, another unbroken diamond of 1,109 carats called Lesedi La Rona was unearthed at Karowe mine. It was known to be the second largest in the world at the time.