President Erdoğan: Exports continue to soar in April, reach $15.3B 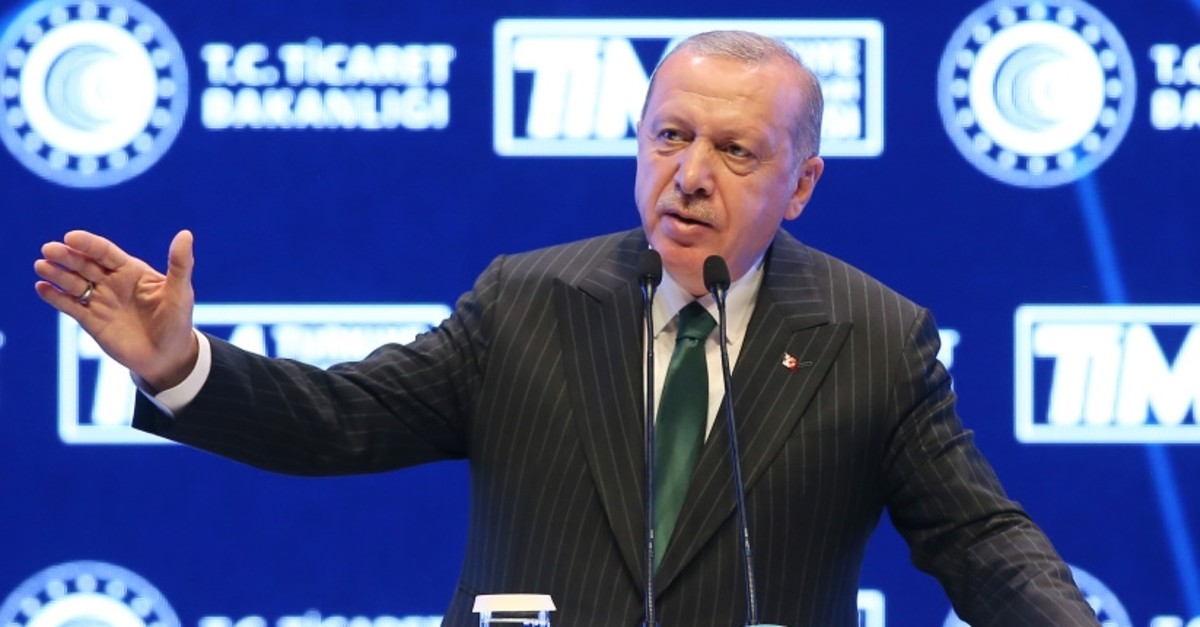 Turkish exports registered a 5.38 percent rise and hit $15.27 billion in April, President Recep Tayyip Erdoğan announced on Friday in his address at Turkey Innovation Week, organized by the Turkish Exporters Assembly (TİM). Imports dropped by 14.6 percent and fell to $18.1 billion.

The foreign trade deficit, therefore, dropped by 57.82 percent and came at $2.83 billion in April. "The export to import ratio rose to 84.4 percent," Erdoğan added.

Turkey's exports reached an all-time high of $168.1 billion, a 7.1 percent year-on-year increase in 2018, supporting the decrease in the foreign trade deficit by 28.4 percent to $55 billion. On the other hand, imports went down by 4.6 percent to $223.1 billion last year. According to the government's new economy program announced in September last year, the country aims to reach $182 billion in exports by year-end. In April, Germany ranked first among the destinations for Turkish goods with $1.3 billion and was followed by the U.K. whose imports from Turkey totaled $857 million. Exports to Iraq were recorded at $856 million. Russia was the top supplier of Turkish imports with $1.8 billion and was followed by Germany from which Turkey exported goods worth $1.5 billion. China was the third largest supplier of Turkish imports with $1.4 billion.