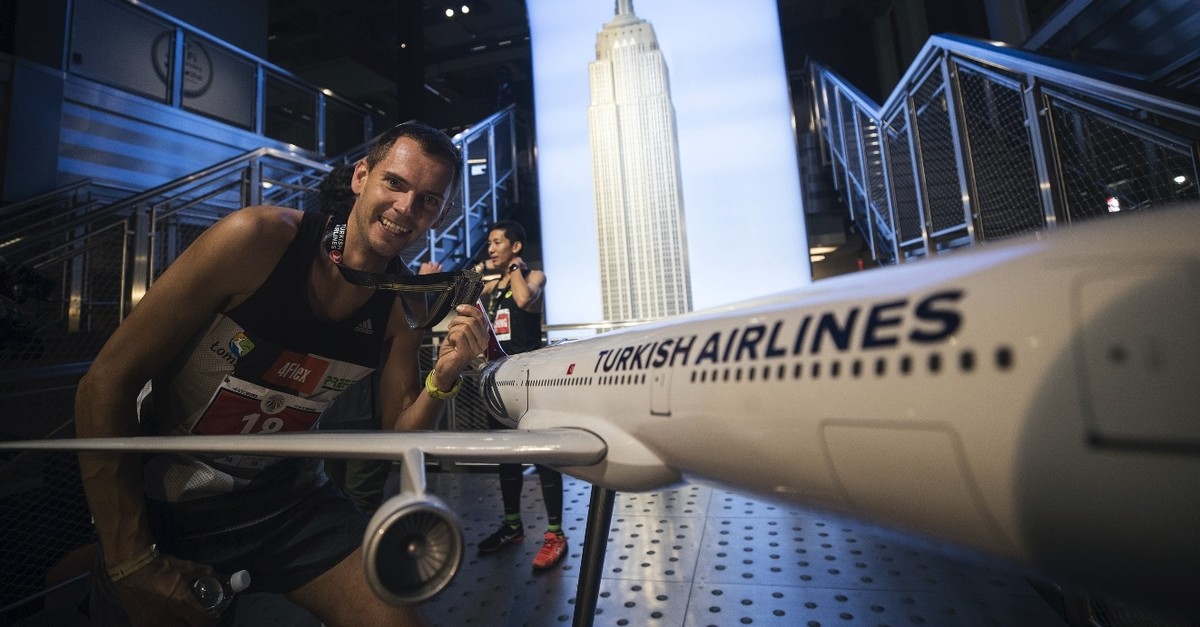 Some 200 runners from around the world climbed the 102-story Empire State Building, one of the city's most famous landmarks. The runners climbed 1,576 steps and 320 meters to the 86th floor of the fifth tallest building in the U.S. for the annual event.

This was Walsham's tenth victory in the race. She had climbed the building with a timing of 12:56:00 last year.

It takes less than a minute for visitors to reach the 86th floor by elevator, but professional runners climb the stairs in approximately 10 minutes.

The Empire State Building was lit up at night with red and white - the colors of the Turkish national flag and its flagship airlines.

Turkish Airlines has its New York office on the 75th floor in the Empire State Building and headquarters in Istanbul. The flag carrier had also sponsored the 41st edition of the race last year.

The carrier continues to raise its profile in the American market by sponsoring high-profile events including the Hollywood blockbuster "Batman v Superman: Dawn of Justice" in 2016. The company has also run television commercials during the annual National Football League championship game, the Super Bowl, over the recent years.

Established in 1933, THY flies to more than 300 destinations in over 120 countries - 49 domestic and 257 international. Last year, it carried more than 75 million passengers with a seat occupancy rate of 82 percent.