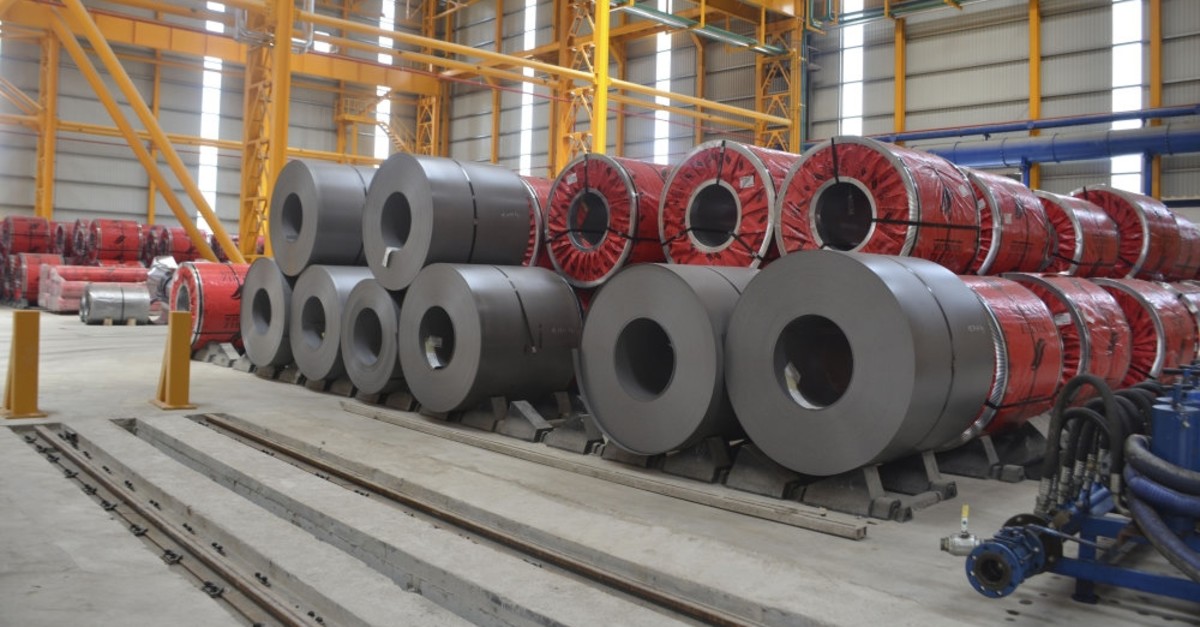 The Trump administration cut the 50 percent import tariffs on Turkish steel, while it did not back down on the decision to remove Turkey from a preferential trade agreement. Turkish authorities, however, expect the U.S. to act in cooperation with the $75 billion trade target

The U.S. administration on Thursday reduced tariffs on imports of Turkish steel to 25 percent from 50 percent while it decided to terminate Turkey's participation in the preferential trade agreement that had allowed the entry of some Turkish products duty free since 1975. Trade Minister Ruhsar Pekcan said on Friday that the U.S. decision to halve the import tariffs to 25 percent from 50 percent is a positive development and Turkey expects the removal of all hurdles blocking the improvement of bilateral trade. Pekcan noted that Turkey vouches for a fair, sustainable and rule-based global trade system on her Twitter account. She also commented on Turkey's removal from the Generalized System of Preferences (GSP), saying, "The decision to exclude Turkey from the generalized system of preferences contradicts the bilateral trade goal of $75 billion set by the two governments."

The hurdles imposed on trade with the U.S. do not only impact Turkish firms, but also U.S. firms, Trade Minister Pekcan added.

"We will with resolution continue our efforts to increase trade volume with the U.S., an important trade partner of Turkey," Pekcan remarked.

The White House said it was appropriate to terminate Turkey's eligibility to participate in the GSP program, based on its level of economic development. The decision is effective May 17, it added.

The U.S. Trade Representative (USTR) in early March said Turkey was no longer eligible to participate because it "is sufficiently economically developed." It had begun reviewing the NATO ally's status in the program last August when the two countries were embroiled in a diplomatic row.

But Ankara had been hopeful that Washington would not go ahead with the decision, saying it would be against the $75 billion target for mutual trade laid out by President Donald Trump and President Recep Tayyip Erdoğan.

Turkey has been one of 120 countries participating in the GSP, the oldest and largest U.S. trade preference program since 1975. Under the GSP program, certain products can enter the U.S. duty-free if beneficiary developing countries meet the eligibility criteria established by the U.S. Congress. Around 3,193 products enter the American market without customs. In 2017, products valued at about $21.2 billion (imports for consumption) entered the U.S. duty-free under the program, out of total imports from GSP countries of about $220 billion.

Last year, Turkey's total exports to the U.S. were nearly $9 billion, while only $1.8 billion of exports were under the GSP program. Last year, Turkey exported $1.1 billion worth of vehicles and auto parts under the GSP program, the source said, adding that without the GSP treatment, these autos and parts will be subject to a 2.5 percent customs tax. Fiat's Doblo model and Toyota's C-HR model are manufactured in Turkey and exported to the U.S.

During last year's row between Turkey and the U.S. over the arrest of American pastor Andrew Brunson in Turkey, President Trump imposed higher tariffs on imports of Turkish steel and aluminum to put economic pressure on NATO member Turkey to force it to release Andrew Brunson, an American pastor who was detained there over terrorism charges. Brunson was released last October.

Trump's move in August had caused a major depreciation in the Turkish lira. Since then, ties between the two countries have remained tense over disagreements ranging from Ankara's planned purchase of a Russian missile system S-400 to diverging interests in Syria.

Trump said in his proclamation that imports of steel products from Turkey declined 48 percent in 2018, "with the result that the domestic industry's capacity utilization has improved at this point to approximately the target level recommended" by U.S. Commerce Secretary Wilbur Ross. Turkey's steel exports to the U.S. totaled $896.4 million last year, while the figure was $1.1 billion the previous year. However, Turkish steel exports saw a 36.1 percent increase year-on-year in 2018. Steel exports reached $15.6 billion in terms of value and rose 20.8 percent in terms of quantity to reach 21.4 million tons.

In December 2018, Turkey brought the issue of doubled tariffs on steel to the World Trade Organization (WTO) and won its first appeal against additional U.S. tariffs in December 2018.

Turkey Steel Producers Association (TÇÜD) Secretary-General Veysel Yayan hailed the U.S. decision and noted that the reduction of tariffs will make a $100 million or $200 million contribution to steel exports. Yayan stressed that the U.S. move to double the import tariffs was in violation of the rules set by the WTO.

Steel Exporters' Association (ÇİB) Chairman Adnan Aslan also drew attention to the fact that new players entered the U.S. steel market after the administration hiked import tariffs on major players like the European Union, South Korea, Japan, Canada and Russia in March 2018. Qatar, Saudi Arabia and Algeria, which were not present in the American market, started to sell steel to the world's largest economy, he noted.

"The reduction of import tariffs back to 25 percent does not mean that the Turkish steel industry will be able to export products as much as it had done before 2018. A lot has changed in the U.S. market. It will not be easy for us to reach the previous steel export figures," Aslan said.

Moreover, the U.S. administration is discussing completely removing the tariffs on steel imports from Canada and Mexico, the ÇİB head said and stressed that this will bring a huge advantage for the two big competitors. Therefore, Turkish steel exports welcome the decision as a positive development but producers are not hopeful about compensating the loss in the U.S. market in a short period of time.