Turkey halves tariffs on 22 US imports to reciprocate Washington move 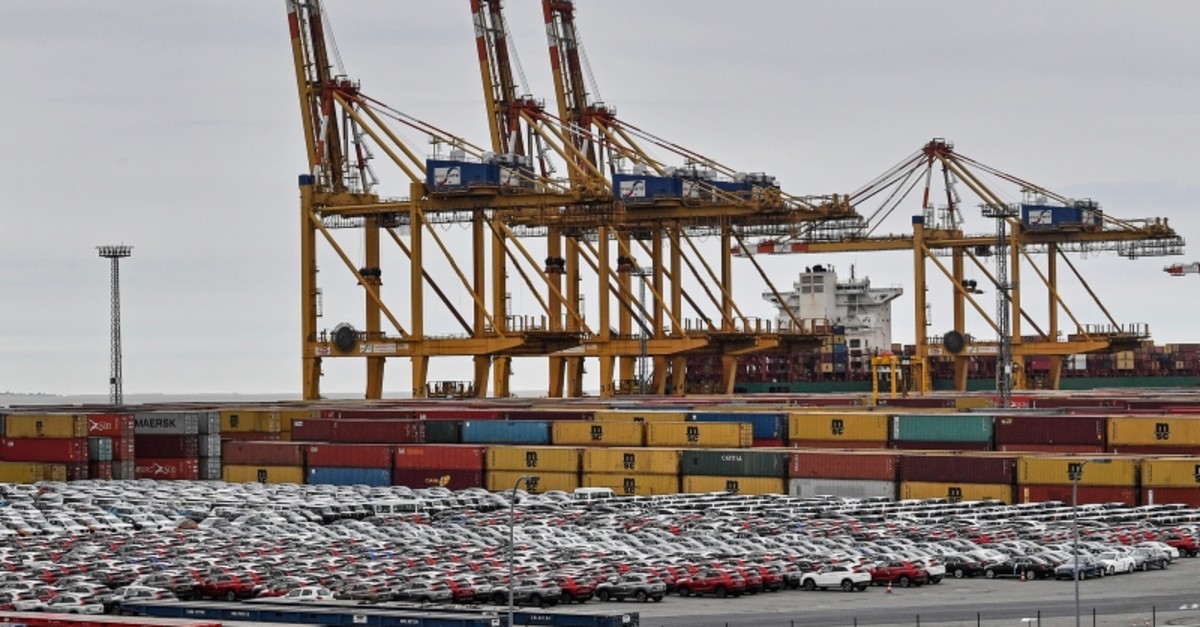 Ankara has implemented a reciprocal reduction in tariffs on some U.S. imports after Washington halved duties on Turkish steel imports last week

Turkey has decided to reduce additional duties on some U.S. imports in response to a similar United States move to halve tariffs on Turkish steel imports, the trade minister said on Wednesday.

"Reciprocally we decided to reduce by half the additional duties levied on 22 products originating in the U.S.," Trade Minister Ruhsar Pekcan wrote on Twitter.

"With this decision, duties levied on the U.S. originating aforementioned products will be reduced from $521.2 million to $260.6 million," she added.

According to the decree published in the official gazette, tariffs will be halved on products such as passenger cars, alcoholic drinks, tobacco, cosmetics, rice and PVC.

Pekcan said Turkey would continue working to boost trade with the United States to $75 billion — a goal set by President Recep Tayyip Erdoğan and U.S. President Donald Trump in February — and keep working on eradicating all obstacles to bilateral trade.

The move came after the U.S. government announced last week that it decreased tariffs on Turkish iron and steel imports to 25% from 50%.

The United States had doubled tariffs on Turkish steel and aluminum imports last August amid a diplomatic row between the NATO allies over the arrest of American pastor Andrew Brunson in Turkey. Turkey retaliated by doubling tariffs on U.S. cars, alcohol and tobacco imports. Washington had imposed higher tariffs to put economic pressure on Turkey to force it to release Brunson, who was detained over terrorism charges. Brunson was released last October.

Trump's move in August had caused a major depreciation in the Turkish lira. Since then, ties between the two countries have remained tense over disagreements ranging from Ankara's planned purchase of a Russian missile system, S-400, to diverging interests in Syria.

In December 2018, Turkey brought the issue of doubled tariffs on steel to the World Trade Organization (WTO) and won its first appeal against additional U.S. tariffs in December 2018. Last year, the U.S.' total steel imports also fell by 12%, according to U.S. Census Bureau data.

However, apart from reducing tariffs on Turkish steel and iron, the U.S. administration last Thursday terminated Turkey's eligibility for the Generalized System of Preferences (GSP) program, a move Turkey said contradicted trade goals. The treatment had allowed the entry of some Turkish products duty free since 1975.

Turkish officials said the decision to exclude Turkey from the treatment contradicts the bilateral trade goal of $75 billion, suggesting that hurdles imposed on trade with the U.S. do not only impact Turkish firms, but also U.S. firms.

The White House said it was appropriate to terminate Turkey's eligibility to participate in the GSP program, based on its level of economic development. The decision was effective May 17, it added.

The U.S. Trade Representative (USTR) in early March said Turkey was no longer eligible to participate because it "is sufficiently economically developed." It had begun reviewing the NATO ally's status in the program last August when the two countries were embroiled in a diplomatic row. But Ankara had been hopeful that Washington would not go ahead with the decision, saying it would be against the $75 billion target for mutual trade.

Union of Chambers and Commodity Exchanges of Turkey (TOBB) Chairman Rifat Hisarcıklıoğlu said for the bilateral trade target of $75 billion set by the leaders of the two countries, a free trade agreement (FTA) should be signed between the two countries.

Hisarcıklıoğlu's remarks came on the sidelines of the TOBB delegation's visit to the U.S. The TOBB chairman was quoted by Anadolu Agency (AA) as saying that they were pleased that tariffs on Turkish steel and iron have been brought back to the old levels.

"The thing we can't accept, almost $2 billion of our trade was being made within the scope of GSP, this has been lifted…" said Hisarcıklıoğlu.

Turkey was one of 120 countries that participated in the GSP, the oldest and largest U.S. trade preference program since 1975. Under the GSP program, certain products can enter the U.S. duty-free if beneficiary developing countries meet the eligibility criteria established by Congress. Around 3,193 products enter the American market without customs.

In 2017, products valued at about $21.2 billion (imports for consumption) entered the U.S. duty-free under the program, out of total imports from GSP countries of about $220 billion.

Turkey's removal from the GSP program will lead to increased tariffs on 1,484 products, including automotive parts, valuable stones and machinery parts. The increase on goods will also negatively impact U.S. companies as they will have to reflect the cost of imports in their products.